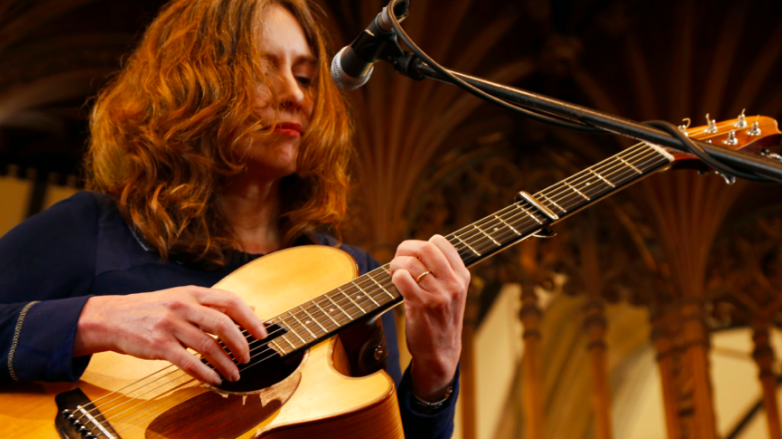 A breath of fresh air, rooted in American heritage and Irish ancestry, talented, compassionate and with eclectic musical taste. But what does Sarah McQuaid have in common with Joe Biden? Both chose Cornwall, UK last week as a launch pad for innovation, the president at the G7 summit and Sarah with her latest, best and bluesiest single from her forthcoming album, St Buryan’s Sessions.

“The Sun Goes On Rising” was originally released on Sarah’s 2012 album, The Plum Tree And The Rose, produced by the song’s co-writer, Irish musician Gerry O’Beirne. Given the extensive airplay in McQuaid’s home county, perhaps Joe, whose walk-on music has included The Staple Singers, heard Sarah’s latest release and added it to to his summer playlist. 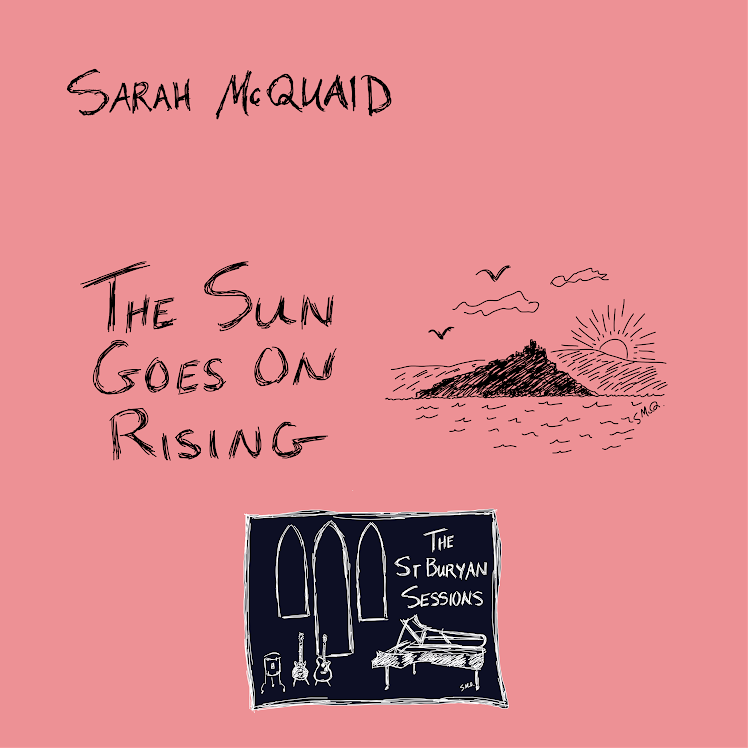 Gerry is the kind of songwriter I have always aspired to be. You probably know a bunch of songs that he has written without even realizing that he wrote them. This song felt like the right one to finish off the series of singles with because it’s a song about getting through tough times and trying to keep your eyes focused on the light on the horizon, which I know we’ve all been doing a lot of over the past year! It’s one I keep coming back to for little glimmers of hope when things seem to be going from bad to worse.

Like the song says, ”Things will get better / If only I can hold that wolf at bay.” I can remember the day those lyrics first came to me, and the song feels every bit as relevant now as it did then.“ So I’ve released all these singles, including this track, for streaming and also as pay-what-you-want downloads on Bandcamp, because I was really keen to get the music out to as many people as I could, especially when I couldn’t do any live gigs!

But the next step after this is going to be to launch pre-orders for the album, so the remaining eight tracks will only be available for streaming and download after the full 15-track album comes out in October, although I might still put a few more videos out and maybe send a track or two to radio as promo-only singles. And I do have some actual live gigs coming up now that look like they might really happen, which is amazing but also terrifying!

McQuaid displays the full extent of her outstanding vocal versatility and power from soul drenched solemnity to the beatific, every note soaring into the church rafters to create a spiritual vibe. The hypnotic, atmospheric rhythm of the song is enhanced by the stunning, intricate guitar accompaniment which complements perfectly the cycle of nature evoked by the lyrics.

At times it sounds like Bessie Smith in harmony with Joan Baez. McQuaid has that rare ability as a consummate musician and lyricist to make the space for each listener to reflect and to contemplate upon what is pure poetry, rich in metaphor and imagery. Sarah McQuaid is at the apogee of her career, captivating and inspirational, St Buryan Sessions truly and uniquely her magnum opus.

I hear the wolf at the door

I’ve seen his face before

Can’t keep him out much more

Through a chink in the blind

I watch him pace a line

Better step back from the window

He’s only biding his time

I’m still in the race

I’m marking down the time

Till I can get to a better place

And the time will come

When I don’t feel this way

Words and music by Sarah McQuaid and Gerry O’Beirne

Label: Shovel And A Spade Records