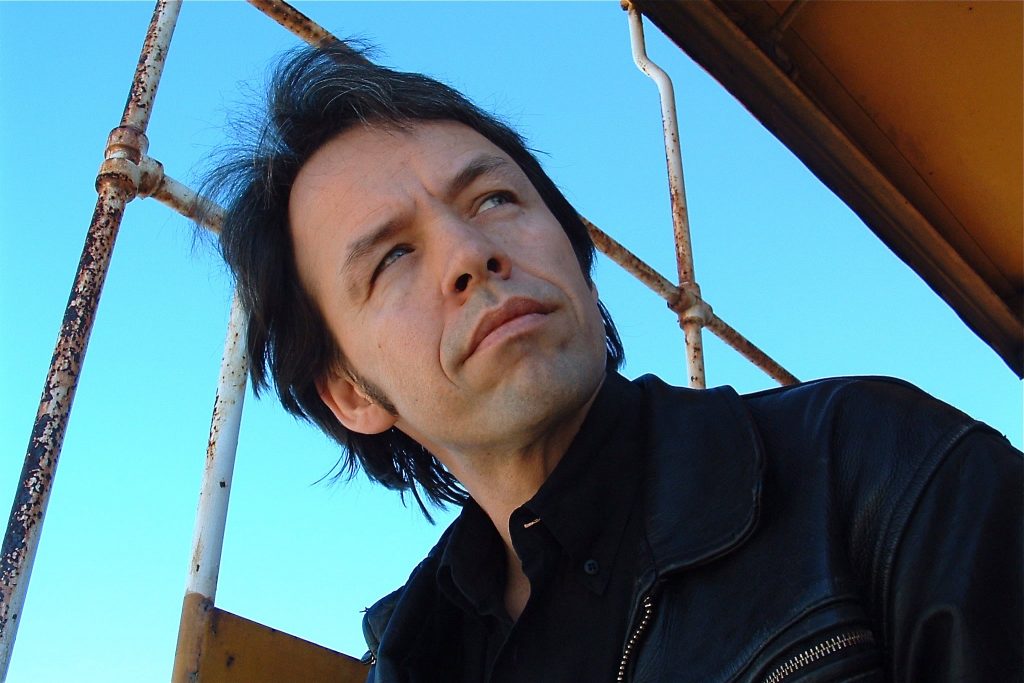 Ericson Holt is pleased to announce the release of 99 Degrees via Conch Town Records on August 20, 2021. Though his music is often steeped in the blues, it’s the gray areas that fascinate Ericson Holt the most. With his captivating new album, 99 Degrees, Holt explores the almosts and the in-betweens, the missed chances and the could-have-beens, the close calls and the never-quites. The characters here contain multitudes, walking a fine line between hope and desperation as they navigate a world that seems perpetually stacked against them. 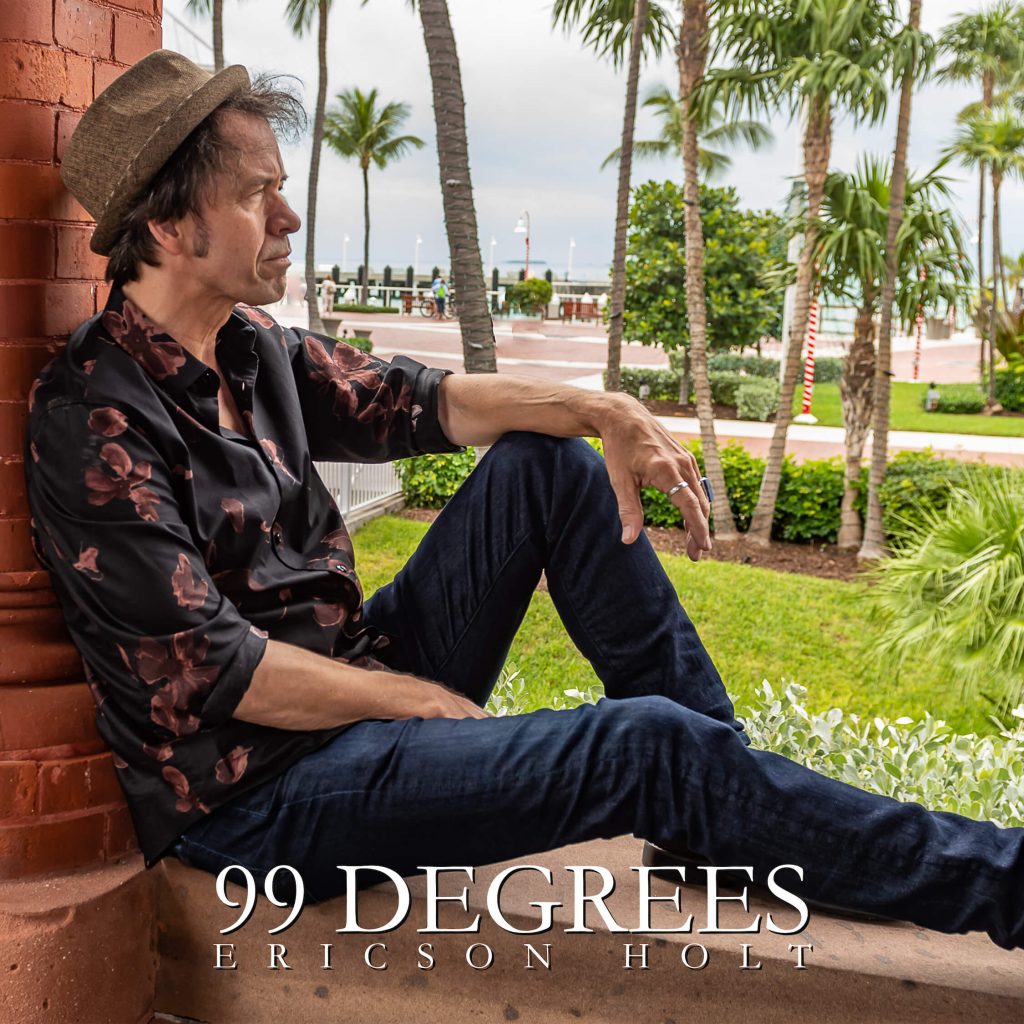 The music is similarly rich and nuanced to match, drawing on everything from 70’s AM rock and soulful folk to raucous boogie-woogie and second-line funk. Although based in Key West, Holt cut the majority of the album in just two days with an all-star band of Nashville heavyweights (many of whom he knew from his work as a first-call session player and sideman) and finished it in Key West and London. The result is a collection of raw, spontaneous, organic performances that breathe life into everyday folks living on the margins, ordinary men and women struggling to get by, stay in love, and find a little bit of light in the darkness.

Holt’s story begins in Virginia, where he inherited a passion for literature and a wide-ranging musical appetite from his mother: songwriter, poet, and novelist A.H. Holt. He picked up the piano on his own at first, later studying classically, until songs, songs of all kinds, pop, folk, rock, blues, and country, captured his imagination. He added guitar to his repertoire with a bit of help from his cousin, a gifted Chet Atkins style player, who taught him the Nashville number system of writing out chord charts. Holt started his professional career singing harmony and playing harmonica with folk singers in coffee houses and playing piano in church basements, eventually touring up and down the East Coast with his band and solo artist. “My ambition was to be a singer-songwriter first and foremost, but I realized that if I was going to survive in a town so full of talent, then I was going to have to hunker down, hone my chops, and become the best player I could as well.”

Holt’s hard work paid off when he landed his first big gig touring with rising country star Lari White who was looking for someone who could play the New Orleans, and gospel style of piano. From there, his career as a sideman and studio musician began to snowball, and in the years to come, he would take the stage everywhere from Bonnaroo and ‘The Tonight Show’ to Royal Albert Hall and Red Rocks in Colorado, performing alongside the likes of The Mavericks, Allison Moorer, Mike Farris, Jim Lauderdale, Rodney Crowell, and Delbert McClinton, among others. He was also the music director for the late Billy Block’s “Western Beat” weekly radio show from Nashville club, The Exit Inn.

It also became a critical element of what Holt looked for when assembling the band for his acclaimed solo debut, The Blue Side. Praised by The Tennessean as merging “moments of barroom rock with Jackson Browne-esque brushes of cool,” the record established Holt as a formidable artist in his own right, with songs from the collection cracking the Top 30 on the Americana Radio Chart and reaching #4 on The  Roots Rock Report. He followed it up with the similarly lauded Broken Beauty, written and recorded in Key West, Chicago and Nashville.

Holt knew that his next project needed to be something different, which captured the excitement and intensity of his live shows. So, when it came time to begin work on 99 Degrees, he assembled a core band that included multi-Grammy Award-winning engineer and organist Kevin McKendree (Delbert McClinton,  Buddy Guy, Brian Setzer), guitarist Joe McMahan (Allison Moorer, Kevin Gordon, Hayes Carll, Webb Wilder), bassist Dave Santos (The Neville Brothers, John Fogerty, Bob  Seger), and drummer Kenneth Blevins (John Prine, John Hiatt.) The album was produced at McKendree’s legendary studio, The Rock House, in  Franklin, TN. The majority of the basic tracks on the album are first or second takes with Ericson on piano or acoustic guitar leading the band through the tunes. “I like records where you can hear the guys listening to each other and reacting and discovering the music in real time. There’s an immediacy and a freshness that comes with it that you just can’t fake.”

That immediacy is the heart and soul of 99 Degrees, which radiates gritty energy and passion at every turn. Lead single “Walkin’ on Bourbon Street” sets the stage, morphing from a bluesy musical history lesson into an ecstatic celebration fueled by punchy horns, intoxicating rhythms, and soulful backing vocals from gospel stalwarts The McCrary Sisters, who appear throughout the record. Like much of Holt’s catalog, the song is steeped in the sense of place and imbued with longing and desire; the narrator wants to party, but he is not just another carefree reveler. He’s on a musical pilgrimage. He sings, “I’ve got to get back down where my soul keeps goin’” and pleads with his lover to “come back with me one more time.” Such a need for human connection is a recurring theme on the album, and it’s one that Holt examines from several angles. In “Empty Without A Secret,” for instance, a suspicious lover admits that “I’m just a restless soul the same as you are.” In the bluesy, comical, Leon Russell influenced “Clever Girl,” Holt sings, “I’ve forgotten how to cry, but it’ll come back to me.”

Holt’s characters know where they stand on the social and economic ladder, and for some, the American Dream is more like a mirage. The brooding, prayerful “Help Us Now” inspired by the Judith Richards novel “Thelonius Rising”, looks at how the nation turned its back on New Orleans in the wake of Hurricane Katrina through the eyes of a young boy living in the 9th Ward. In the soaring “Beautiful World,” the narrator deals with nationalism and religion, promising that we “will never lead lives of quiet desperation, anger, hurt, and pride … longing for the other side …” The Warren Zevon-esque “Walking In Our Sleep” shouts “So high and so proud, you get to steal, we get to plow” … ”They told us a lie and called it history,” he sings. “They cheated us blind, but we just couldn’t see.”

Rather than allowing his characters to wallow in heartbreak or bitterness, Holt insists on celebrating their resilience, their unwavering ability to find hope, beauty, and meaning in their lives. Perhaps no song embodies that notion better than the sweltering title track, which feels more than just a little autobiographical given Holt’s journey. “I was freezing on those city streets chasing someone else’s hopes and dreams,” he sings, “while my soul was waiting in the sweet sunshine.” “So good to feel the sun on my face. Oh Lord, almost home.”