Pixies Return To The Road With Festival And Headline Performances 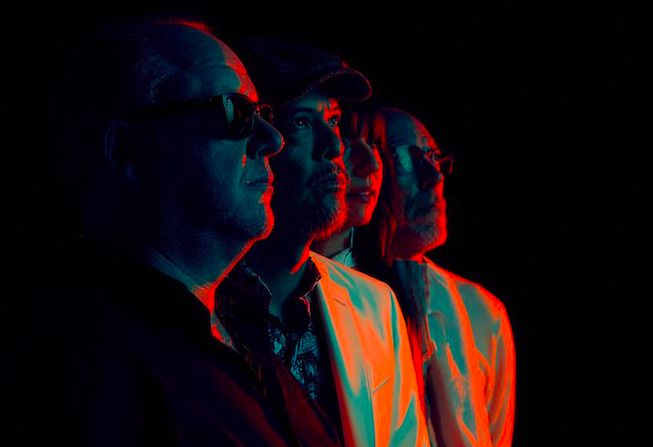 Pixies — Black Francis, Joey Santiago, David Lovering, and Paz Lenchantin — return to the road on Friday, September 10 at The Capitol Theatre in Port Chester, NY to kick off an 11-date run, the band’s first U.S. shows since December 2019. 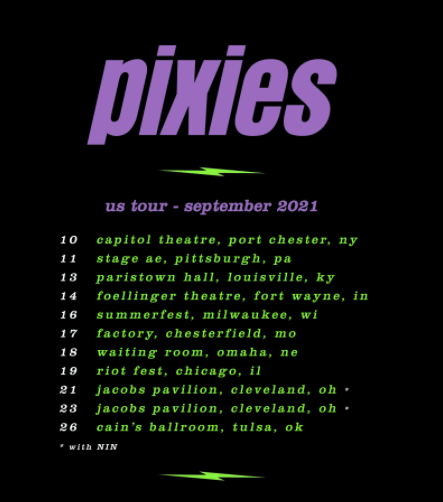 The band will play gems from their entire catalogue, playing a different set at each show. That said, fans will assuredly hear staple songs “Here Comes Your Man,” “Wave of Mutilation,” “Where is My Mind,” “Gouge Away,” “Hey,” “Debaser,” and “Gigantic.”

Said Pixies Joey Santiago in a statement, “Over the past year, it’s been wonderful to spend so much time with our families. I’ve been doing a lot of cycling and playing music, Paz has been working on art projects, music, film, and surfing,  Charles has been raising chickens and doing a lot of painting, and Dave has been playing drums, doing magic, and investing time in metal detecting and mineral collecting. But we’re ready to get back to playing live shows, and are looking forward to seeing you all.”