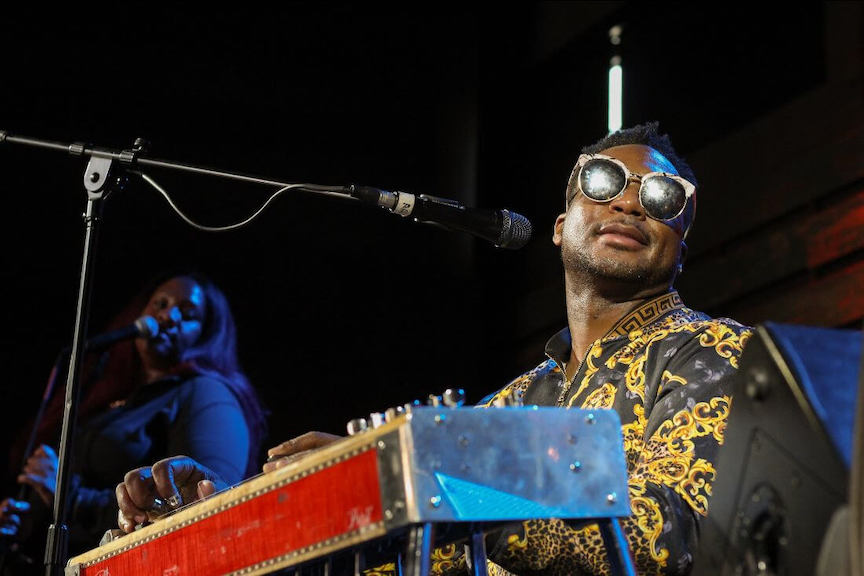 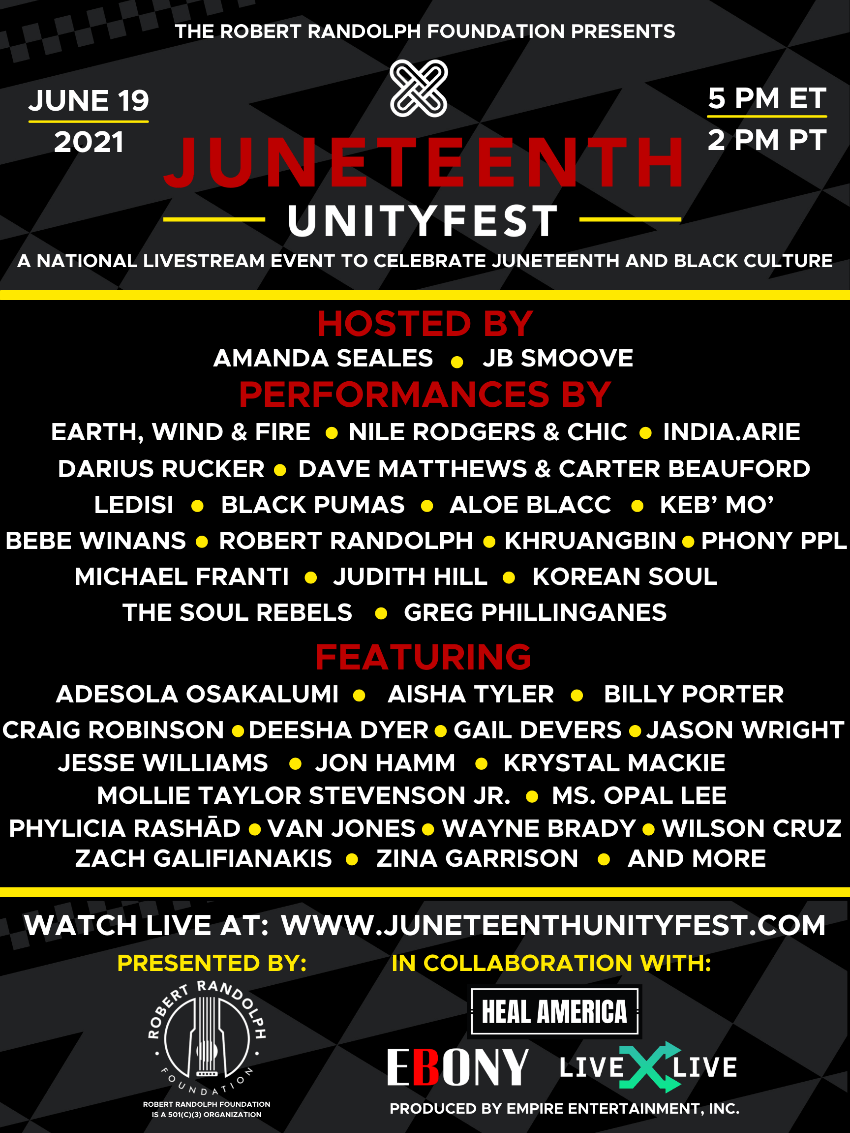 In addition, Unityfest will also now include airings of two performances from Jimi Hendrix’s historic 1970 Atlanta Pop Festival appearance, which saw Hendrix play to the biggest crowd of his career amid the civil rights unrest and the unrelenting toll of the Vietnam War. Experience Hendrix L.L.C. has licensed these performances so that the late legend could be part of this special celebration.

The virtual experience will be live streamed via the festival’s website on Saturday, June 19, 2021, at 5:00pm EST/2:00 pm PST and will celebrate the breadth and depth of Black culture and Juneteenth as a uniquely American experience. The national event will feature musical performances, inspiring remarks, films, comedy, storytelling, and appearances by civic leaders and some of pop culture’s most influential names. Most importantly, it will provide an essential platform to unite a coalition of charitable grassroots organizations bringing together diverse voices in commemoration and celebration. 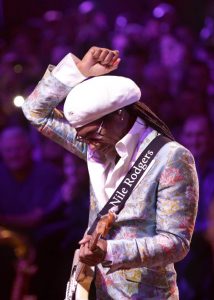 “With only a little over a week left before the festival, we could not be more excited to make this event come to life. We are beyond grateful to all of the artists, guests, and sponsors who have helped us create a space to celebrate and reflect on what it means to be Black in America. Juneteenth is an important day in not just Black, but American history; it serves as a reminder to remember the past, acknowledge our progression and take collective action towards creating a better future,” notes Robert Randolph.

Juneteenth Unityfest is made possible by phenomenal sponsors and partners like Heal America, and EBONY as the official media partner and LiveXLive as the official streaming partner. Through LiveXLive, the stream will also be accessible via LiveXLive’s distribution platform on STIRR, SLING, AppleTV, and its social media channels including YouTube, Facebook, Twitter, Twitch and TikTok. The festival is excited to welcome new sponsors Getty Images and the NFL’s Inspire Change initiative.

The inaugural event has also aligned itself with incredible community partners to ensure historical accuracy and authenticity, including The Rock & Roll Hall of Fame, We Are Family Foundation, The National Juneteenth Observance Foundation, Unity Unlimited, Inc., Umoja Events Juneteenth NYC Festival, African American Museum in Philadelphia, Benedict College, Muhammad Ali Center and more. Many other community organizations have aligned with the event to further tell their stories of unity and progress. The full list of partner organizations can be viewed on their website at www.juneteenthunityfest.com/partners.

Juneteenth Unityfest is produced by Empire Entertainment in collaboration with Red Light Management with creative direction and head writing by Paul Oakley Stovall.