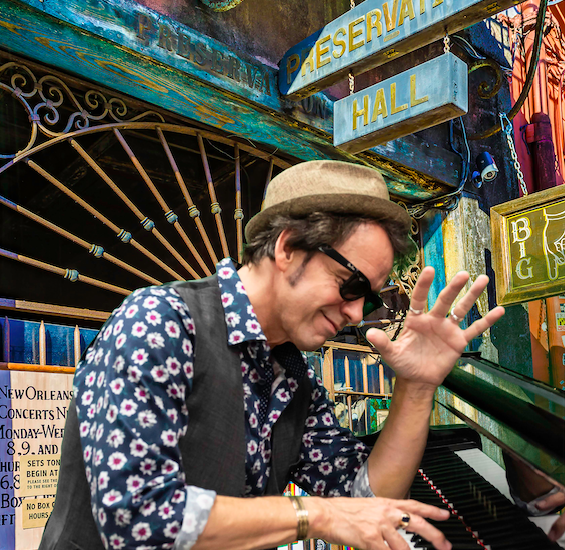 On his new album, 99 Degrees, Ericson Holt crafts impassioned stories with nuanced characters living on the fringes of society, whose raw emotions need to be expressed in a raw way. Ultimately, there’s a part of him in each and every one of these characters. His passion for literature and music came from his mother, songwriter/poet/novelist A.H. Holt. 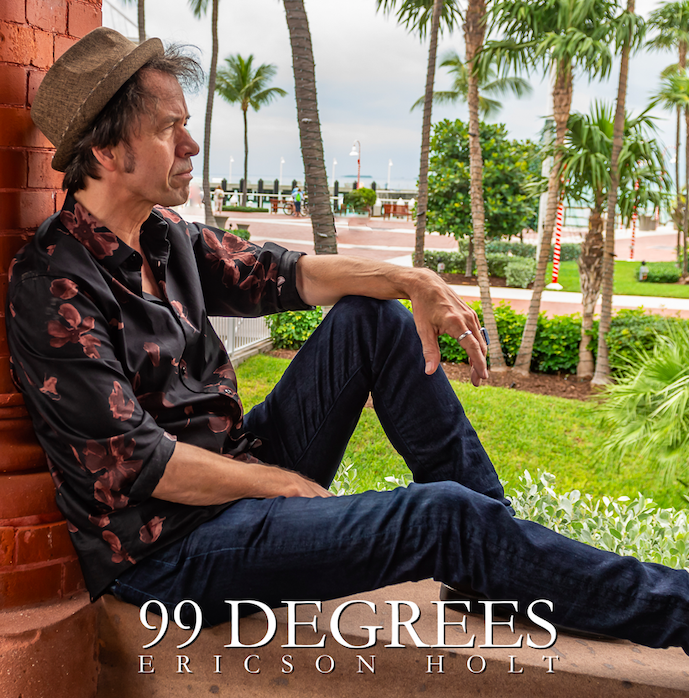 While he might be a folk singer-songwriter first, Holt stakes his claim vigorously as a real deal blues guitarist as well — transcending the conventional parameters of the folk song. Learning the piano first, Holt later studied classically and broadened his musical palette, adding guitar to his repertoire and venturing into new territories of coffeehouse folk, rock, blues, and country. His cousin, a Chet Atkins-style player, taught him The Nashville number system, a shorthand way to write chord charts for songs.

Based in Key West, Florida, Holt cut the bulk of the album in just two days with Nashville heavy-hitters, many of whom he knew from his own work as a stellar sideman. What sets 99 Degrees apart from his previous works is “it’s a band record,” he tells me. “At least for those two days that we cut the basic tracks, we masked up and went into the studio with a mission. I stacked the musical deck with friends who have spent their careers playing with John Hiatt, Delbert McClinton, The Neville Brothers, Buddy Miller, etc, etc. Hell, Regina McCrary toured with Bob Dylan when she was a teenager! There’s a joy to this record, even in the more serious material, and I think you can feel it in every track.”

Holt is aware of his influences, and they come from lots of different genres and eras: Memphis blues, Chicago blues, folk, New Orleans jazz and funk, rock. “I’ve listened to it all. It’s deep down inside my soul and I wouldn’t want to live without any of it. People have generously compared me to some of my idols and that is flattering, but I don’t try to emulate anyone’s particular musical or lyrical style when I’m writing. First, make it honest and real, and then groove. Groove deep. Groove gently. Groove hard. But, for the love of God, please groove!”

The McCrary Sisters also appear throughout the album. “I met Anne and Regina McCrary during the recording sessions for a great Mike Farris album called Salvation In Lights. I’m really proud of my playing on that one. We became good friends while touring Europe and the US as part of Mike Farris and The Roseland Rhythm Revue. There’s actually a live album of that band called Shout that we recorded at The Station Inn in Nashville. In fact, that was the last tour that I did before I decided to stop dividing my time between my own career and working with other artists and made the decision work out of Key West.” 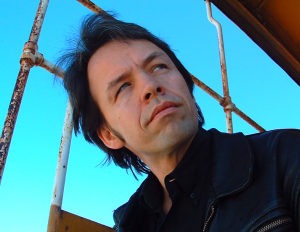 Key West, Holt explains, “has become a Mecca for artists of all types and styles and I love the scene. Who wouldn’t want to hang out in Paradise for a while? Many of my musical heroes, and friends from Nashville, and beyond, play here on a regular basis. For example, one of my former employers, Raul Malo, of the Mavericks, played here a couple of weeks ago. George Porter, the great New Orleans bassist, brought his band to The Green Parrot just last weekend.

“I was already set on my creative path when I moved here, but I’ve certainly been lifted and encouraged by the ‘do your own thing vibe’ and warm energy of Key West. I should also say that I’m eternally grateful to the viewers of my live-streaming shows for listening, encouraging me, and supporting my shows so faithfully. And Conch Town Music for spreading the word!”

Holt wasn’t aware at the time of writing, but if there is an underlying concept or message in 99 Degrees it is pure honesty. “It is about embracing, and even enjoying, the hard work we all have to do to be completely alive and honest with ourselves — how difficult it is to be completely truthful in our relationships, and how crucial it in this moment to agree on the facts of the complete history, as well as the current state of our country and our world. And to do this hard work while still holding on to all the soul, love, joy, music, and passion that makes life beautiful.”

From 99 Degrees, we are proud to exclusively premiere the video for “Walkin’ In Our Sleep” — in which Holt urges, “We’ve been dreaming somebody else’s dream, somebody else’s notion of what it means to be free. They told us a lie and called it history / They cheated us blind but we just couldn’t see.”

The pandemic, the George Floyd killing (and so many others), the way the rich, once again, in a worldwide crisis, got a lot richer while most people suffered…  With “Walkin’ In Our Sleep” I was trying to express the frustration and anger that hard working, patriotic people like me feel when we realize that we’ve been lied to about some of our history and wake up to the fact that our economic, political, and judicial systems are heavily tilted to the advantage of the wealthy and well-connected.