Supergroup Sammy Hagar and the Circle Swagger Through Collective Catalogue 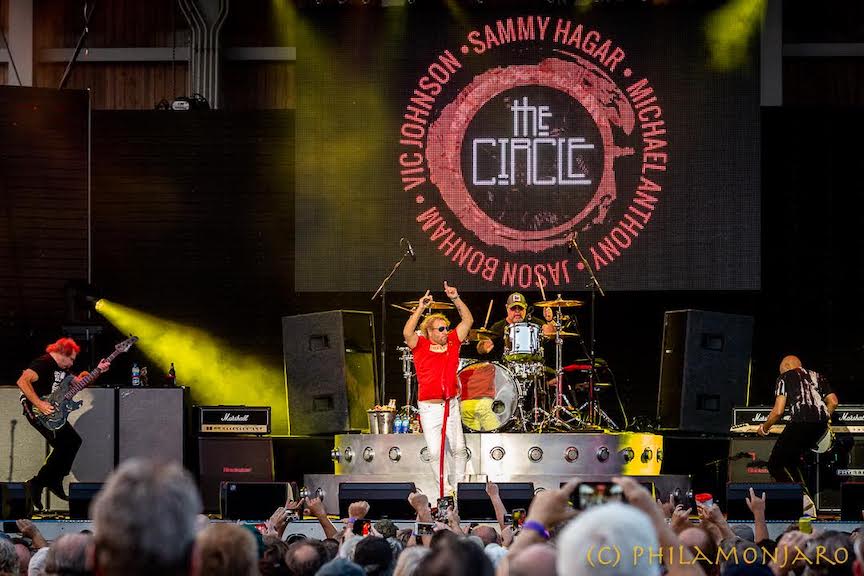 The Red Rocker Sammy Hagar brought his high voltage show to Aurora for a house of ready fans at The John C. Dunham Pavillon located in RiverEdge Park, nestled on the east bank of the Fox River 40 miles west of downtown Chicago. 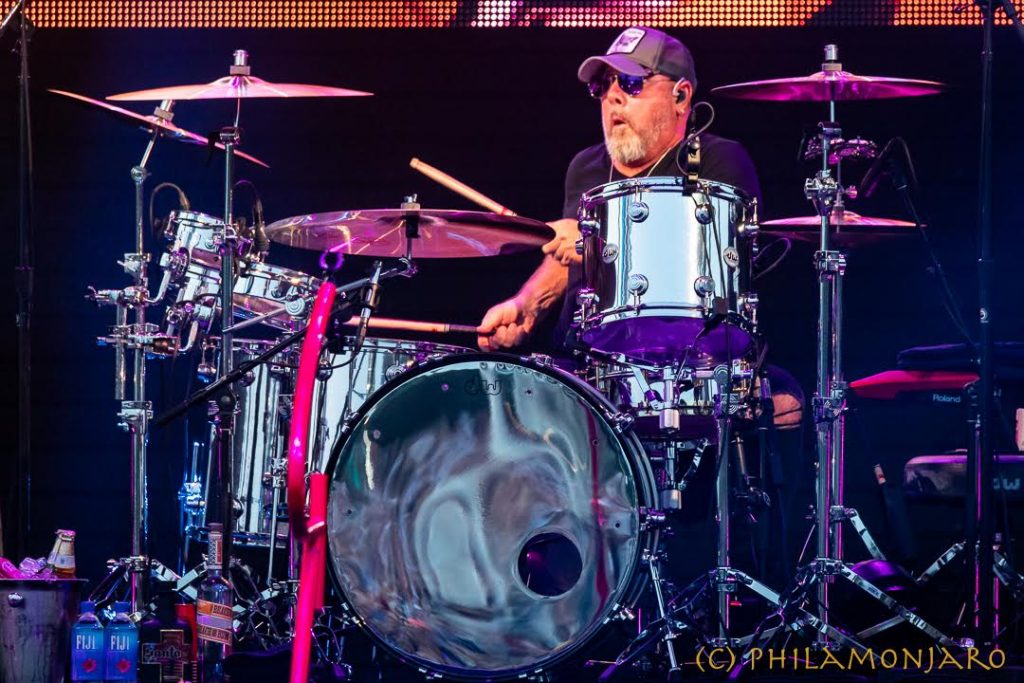 Together since 2014, they show no signs of letting up. In fact, they have a new release titled Lockdown 2020 —  A production that made the best of isolation by recording remotely.

There was a real sense of eagerness amongst both the band and the fans. After a year plus of no large venue tours, the pent up energy was sparking as demonstrated with the thunderous applause when Sammy commented that it had been a while.

Say what you want about older rock and rollers, but these guys have stamina working the full width of the 50-foot stage. Anthony and Vic frequently swapped positions singing at each other’s mic. Sammy is everywhere non-stop, from the drum riser to the edge — then downing a few drinks with Anthony in cheer.

Playing a cross-section of their collective catalogue, they swaggered through Sammy’s older hits, Led Zeppelin’s “Rock and Roll,” and a newly recorded version of Bowie’s “Heroes” — paying tribute to the essential workers who carried us through the dark days of last year. The original music videos playing overhead further pumped the visuals. Sammy called out the year of the release as they started the songs, adding to the nostalgia.

Without pause, they deliver a fun, tight and engaging show. Check out their summer tour dates, and follow Sammy & The Circle on Instagram. 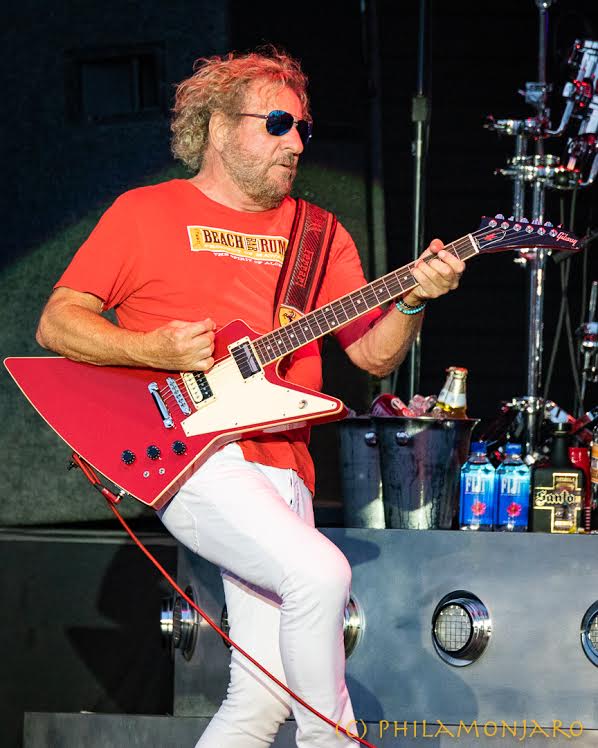 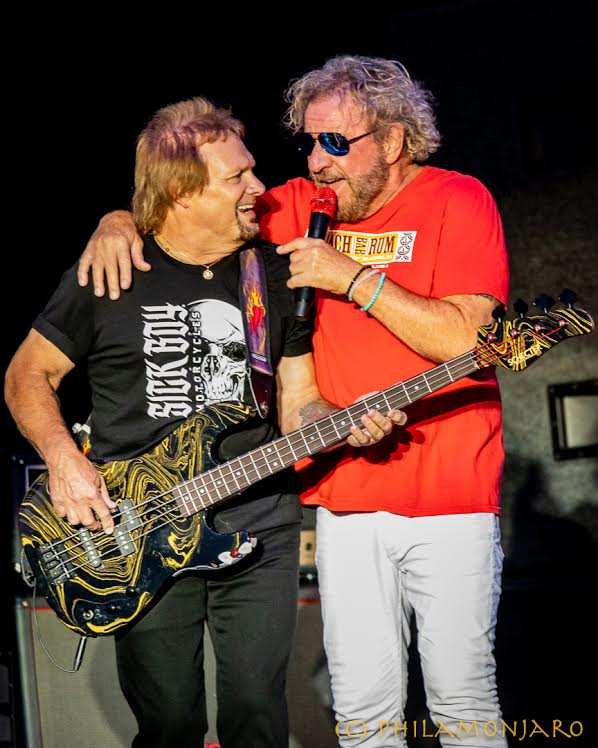 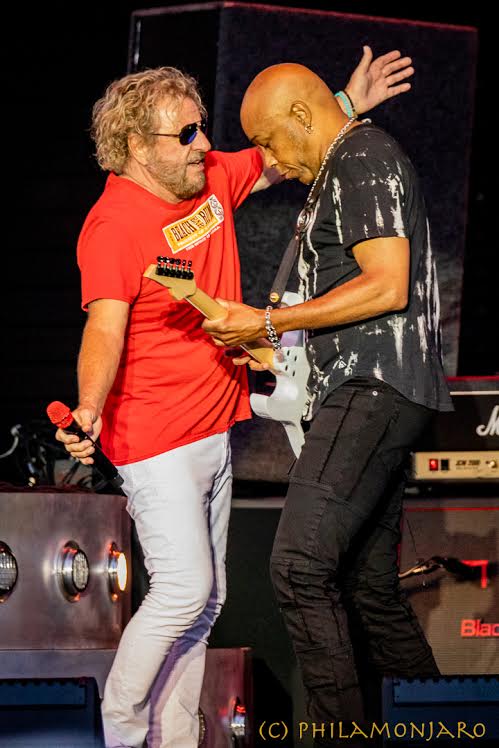 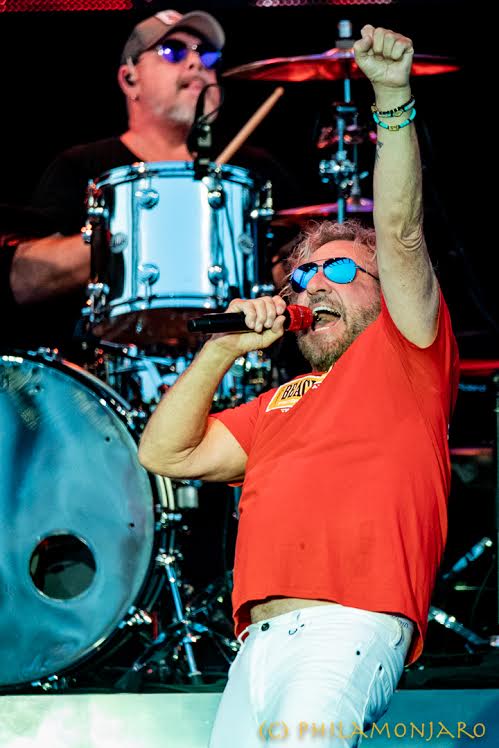 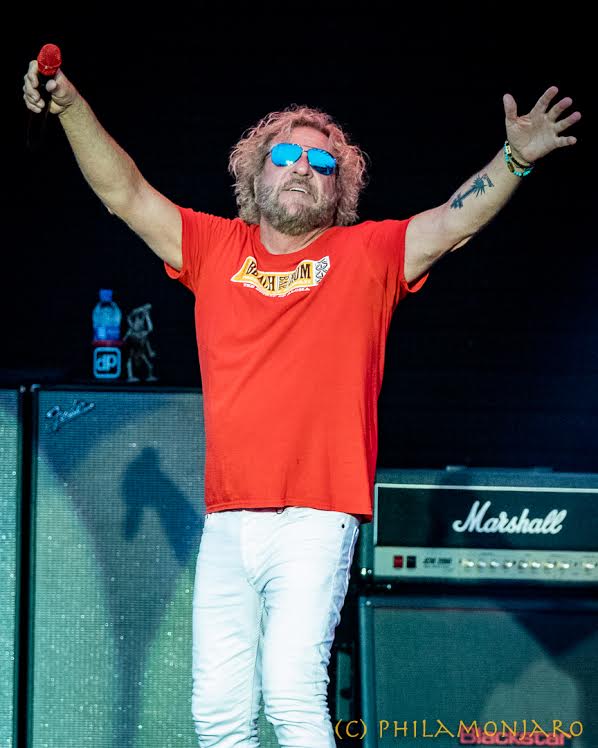 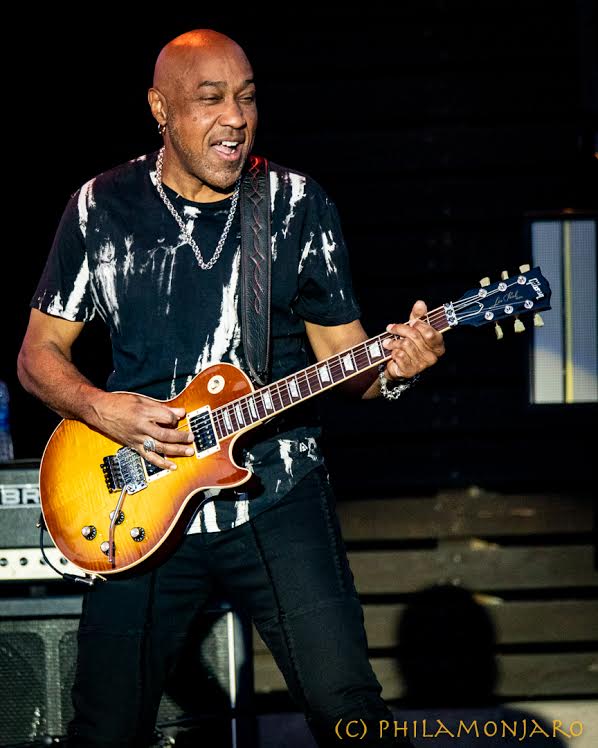 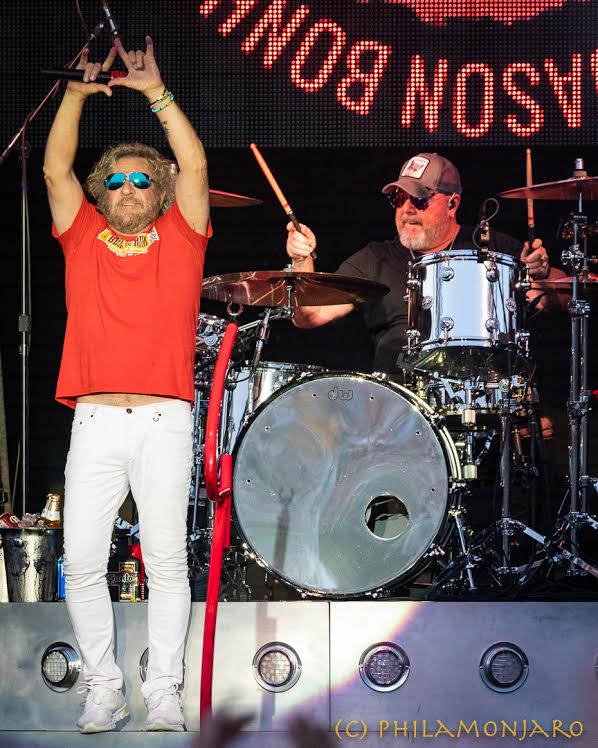 There’s Only One Way to Rock

Best of Both Worlds

Finish What You Started

Your Love Is Driving Me Crazy

Why Can’t This Be Love