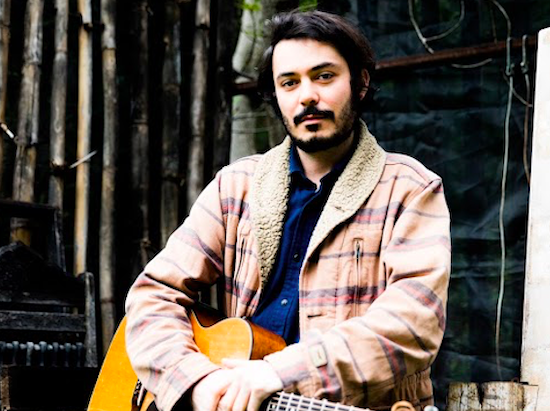 Songwriter Max Gomez has released a stunning interpretation of the blues standard “Key To The Highway.”

Blues pianist Charlie Segar first recorded the song in 1940, followed by Jazz Gillum. But it was Big Bill Broonzy’s arrangement that would become the standard. Little Walter revised “Key To The Highway” in 1958 to a more electric style. Many artists have covered it since, including Eric Capton.

On how he discovered the song and its roots, Gomez expresses:

Like many, I discovered Big Bill Broonzy through Eric Clapton. When Clapton recorded Big Bill’s “Hey Hey” on his Unplugged album I started digging. After getting my hands on a few Big BIll records it was clear to me that this man was an important figure in American music. His folk blues songwriting and effortless guitar mastery immediately made him one of my heroes. I listened to Big Bill then and now, with utmost respect and hold him in the highest regard as an American Folk hero.

I’ve been known to play this song in my set from time to time, so naturally, I wound up playing it in the studio one day. The band and I were just sort of messing around with it and the next thing you know the team set up around us and began recording.

I’m proud to be releasing this song because blues music like this always has been and always will be a big part of my life. The cherry on top is that I get to pay homage to the late great Big Bill.

Gomez grew up in Taos, New Mexico, where he fell under the influence of country blues early on and developed a songwriting style that was uniquely his. He received critical acclaim upon the release of his debut album Rule The World (2013, New West Records); and his subsequent EP, Me and Joe (2017, Brigadoon Records), contained a freshly minted classic, “Make It Me,” which gained over two million listeners on Spotify alone.

As a budding performer, Max apprenticed in the rarefied musical micro-climate of northern New Mexico, where troubadours like Michael Martin Murphey and Ray Wylie Hubbard helped foster a Western folk sound both cosmic and cowboy.  Gomez has assumed stewardship of that lineage by producing the Red River Folk Festival, a boutique event held annually in late September in the musical mountain village of Red River, NM.