As part of Chicago In Tune, the Department of Cultural Affairs & Special Events will present new and reimagined programs in place of this year’s Chicago Blues Festival in Millennium Park. Four special evenings at Jay Pritzker Pavilion presented with the Millennium Park Foundation will honor music born and innovated in Chicago – including Chicago In Tune–Blues in September. DCASE and its partners will also celebrate blues music with community concerts in the Bronzeville and Austin neighborhoods, on historic Record Row and in music venues across the city. 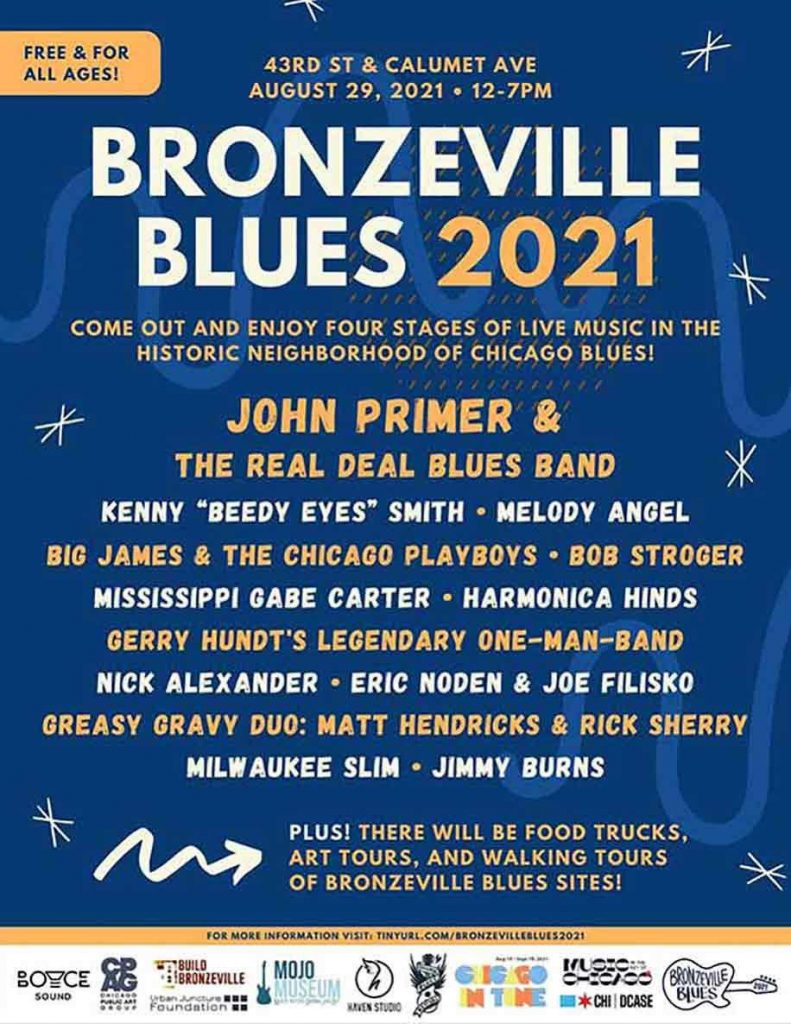 Through the classic era of Chicago blues, many of the most famous blues musicians lived and worked in Bronzeville including Muddy Waters, Otis Rush and Sonny Boy Williamson. It was home to important clubs such as the Checkerboard Lounge, Pepper’s Lounge and the 708 Club.

Bronzeville Blues will have outdoor stages on East 43rd Street/Muddy Waters Drive within easy walking distance of the Green Line station. Stages will be near The Forum, a historic dancehall and social center currently being renovated; the site of the original Checkerboard Lounge; and at Park 43, a community park and gathering space. Self-guided walking and biking tours of other nearby blues historic sites such as the Muddy Waters House and MOJO Museum, Theresa’s Lounge and Pepper’s Lounge will also be available.