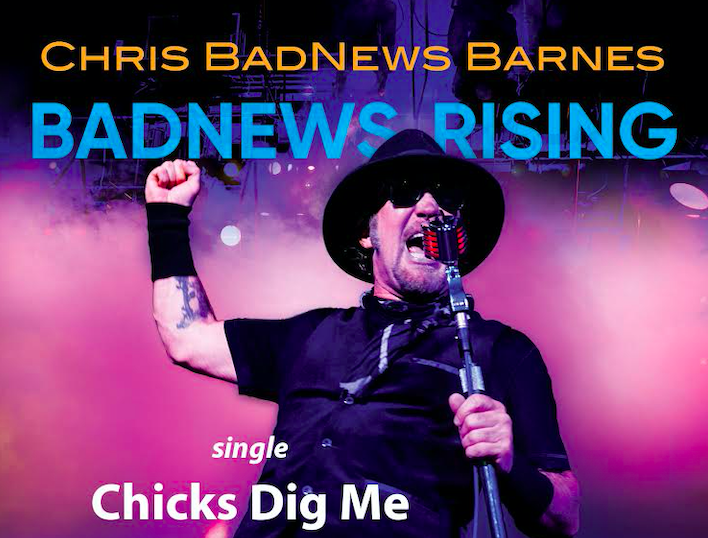 Barnes, a former Seinfeld, Curb Your Enthusiasm, 30 Rock, and The Carol Burnett Show performer and writer, has made his mark in the blues community.

Barnes’ satiric muses are punctuated with honest biographical blues-driven gems like When Koko  Came to Town, which tells of his early Hokum days performing alongside blues legends at Tramps  in New York , and the moving I Slow Danced With Joni Mitchell. BADNEWS RISING is exactly what we all need to bring us out of the crazy times. The deep driving rhythm combined with his witty, bawdy lyrics will have you singing along despite your better judgment!

Today sees the premiere of “Chicks Dig Me,” lyrics co-written by comic actor Bill Murray’s brother, John Murray. The single comes across in hard-hitting blues-rock style, proclaiming that he means no disrespect; he was born that way.