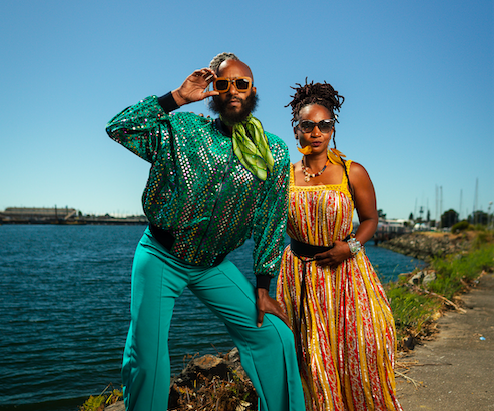 “I remember waking up to an apocalyptic sky,” says Fantastic Negrito. “The sky was orange, the sun looked bloodshot and people’s anxiety levels were very high. It felt and looked like doomsday. It really made me think about climate change and the environment – how our actions impact where we live and the choices we make.”

Accompanying the single is a new music video, which depicts a young firefighter seeking refuge on a ranch run by the Oakland Black Cowboy Association. “The little fireman feels so alone because he’s looking at a fast changing world of climate change, displaced people and a California fire season that makes the air more toxic to breathe every year,” Fantastic Negrito explains. “He finds his home in a group that is historically marginalized, overlooked and that’s the Black Cowboys of America who are at home on their farm.”

Fantastic Negrito has partnered with Defy:Disaster so that a portion of the song proceeds will go to support firefighters, first responders, and communities impacted by wildfires throughout North America. To donate and learn more, visit: defy disaster.org.