Jefferson Berry For American Blues Scene: What I Did On My Summer Vacation 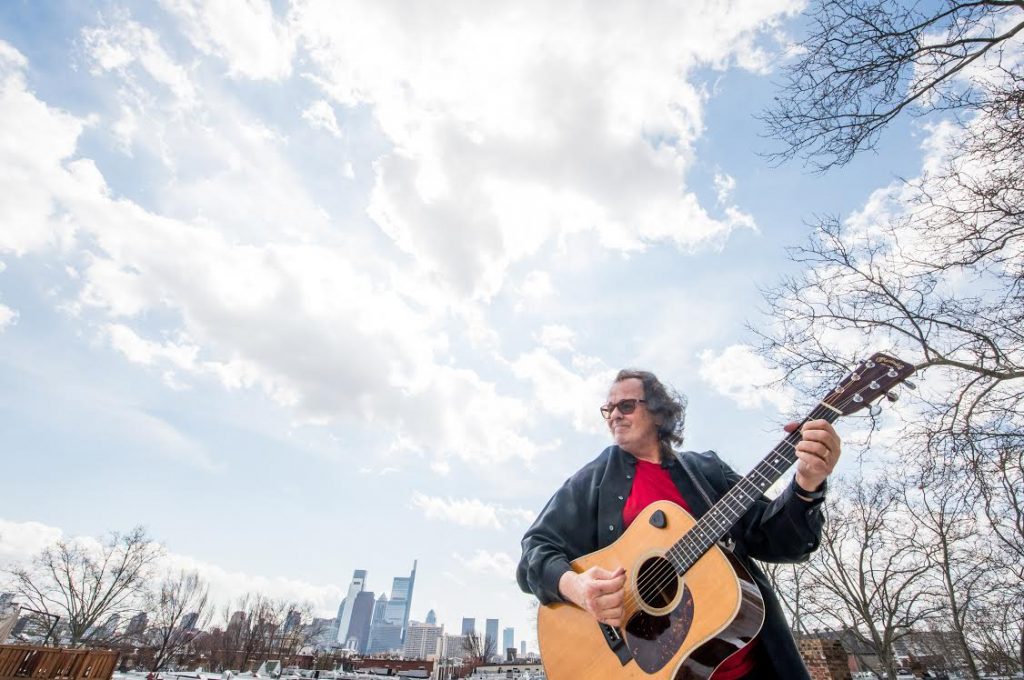 About ten years ago, I started dedicating my summer vacations to songwriting. Like much of my tale, it started in California.

Cathie Guntli was an old roommate of mine from the eighties. It was a dream household. I lived with three beautiful and extremely smart women in the middle of San Francisco’s Castro District. I was the only straight guy within miles. I was on the verge of a career in Rock Radio; Cathie had dreams of owning her own restaurant. But as with all living arrangements with folks in their 20s, we eventually went our separate ways and kept track of one another’s ambitions from a distance.

Many years later, The Liberty Café had become a big deal in a town known for its restaurants. Cathie was touted as a savior of the Bernal Height section of San Francisco and one the town’s premier chefs. With a guitar in tow, I returned to California, and dropped in for a meal and to catch up her. The menu was vivid in its details of each entree and appetizer. The smell of her bakery was present throughout the neighborhood.

As warm and wonderful as ever, she said without a hint of regret, “I don’t know if you’ve heard about my medical troubles.” I hadn’t known it was as bad as it was, but I knew when I left that this would be our last time together. She was still so young.

Leaving the city, on the other side of the Golden Gate Bridge, one of the first exits takes you up a road that snakes toward the Marin Headlands. I went up there, parked and got my Alverez Yairi out. At a vista point overlooking the entry into the San Francisco Bay, I proceeded to throw some songs into the ocean. Container ships from Asia and the afternoon’s cloud bank approached the bridge ever so slowly as one theme after another rapidly came to my six-string. I went to my rental car to get my spiral notebook out.

“She Was Baking Bread“

Rented a Room in the City

My roommate was a dancer

At the Restaurant School;

Always cooking it up on the dance floor

Always warm, yet always so cool.

Her kitchen was her canvas;

Sal, Suz and me, her gallery

Each and every smell had a story to tell;

Ya, we was always hungry for Cathie

Surrounded by the love of her friends

Back then we never felt cheated

Or lost to our own fate

Bernal Heights was a little rough at night,

Before she came to stay.

A whole lotta good came to the neighborhood

With the Liberty Café.

Walnuts and a warm vinaigrette,

A bottle from Sonoma,

And please bring some more of that

It has a crust, they make it right here.

Bring your hunger with you,

there’s something on the menu

To put your soul into gear.

Surrounded by the love of her friends

Or lost to your own fate

Over a cup of coffee she told me ‘bout

What she’d been going through.

Never said anything about the end

Never gave into to the gloom.

Joyous and fearless she spoke of dancing

With her special friend

And sailing off into endless sunsets,

And getting to unfinished plans

As I was leaving, the kitchen was full of

As she introduced each one of them to me,

Their eyes looked back and said.

We are Baking Bread Today

Surrounded by the love of this friend

We are Baking Bread Today

Or lost to her own fate

Last month I returned to California. I was raised there but have been in Philadelphia for the longest. It was my fourth songwriting vacation to the west coast.  Great deal of my last four albums have been written at the Café Flore in the Castro, on the cliffs of Big Sur, or by throwing tunes into the Columbia River outside Portland. This year it was looking at the sets rolling off the ocean in Pacifica, just over the hill from San Francisco. Again, I think some pretty good songs and stories took flight there.

Jefferson Berry & the UAC combine story telling in the Urban Folk tradition with the intricacies of JamBand and Roots instrumentation. These songs are performed by a cadre of unique players: The Urban Acoustic Coalition, a band anchored by the virtuosity of Bud Burroughs, Marky B Berkowitz, Dave Brown and more recently, Meaghan Kyle.  Filling venues with a coalition of three to seven players, UAC shows are a dynamic performance of songs about the city. The April 2021 release of Soon! is the band’s fourth.