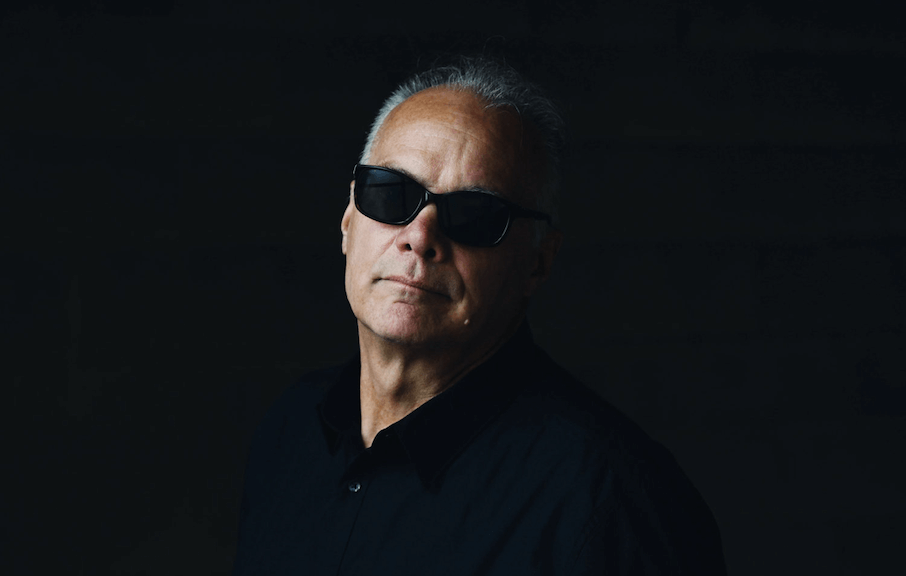 One might logically expect that after battling liver cancer, two bouts of lung cancer and quadruple bypass surgery all within an 11-year period that Curtis Salgado might not be up to releasing his first full band album in four years in the middle of a pandemic.

Wait a minute, this is the blues we’re talking about here! And if Salgado is anything, he’s a survivor. He calls his new album Damage Control. You can read JD Nash’s review elsewhere on these pages, but suffice it to say it’s at the very least a career booster, and at best, a large step forward in a half century legacy that includes early stints with Robert Cray, Roomful of Blues and 30 years as a solo artist.

John Belushi caught one of Curtis’ early performances in Portland Oregon in 1978. Belushi was filming Animal House, loved Salgado’s show and made friends with him. That friendship led to Salgado mentoring the actor who went on to play Joliet Jake Blues with The Blues Brothers on Saturday Night Live, in the movie The Blues Brothers and on tour with the band that included Stax guitarist Steve Cropper.

I asked Curtis in a recent interview to tell me something about Belushi nobody knows:

“John Belushi and his wife are up in a house. The Universal Studios will have a house and go, ‘How would you folks like to take a vacation, and we’re going to put our leading man in the house.’ Anyhow, they acquired a home for their star, and so Belushi was staying in a house in the hills of Eugene, Oregon, a nice home, and they had the studio paying for it. So, I did think it was interesting the people in the house, they went on vacation or something.

“So, I’m going to this home, and I’m going to meet with John Belushi. I’ve already done this now a couple of times. I’m bringing him my record. And this time I come in. He’s sitting there on the couch, and he says, ‘Hey, Curt, come here.’ He pats the couch. ‘Have a seat.’ So, I sit next to him, and I look and I say, “What are you watching?”

“The television is right there on this thing you roll up, and he’s watching Gunsmoke, and he goes, “I love this show, man. The character actors that are on – I love this stuff, man.” And I’m watching him, and this is what happens. A guy comes up on the screen, and goes (southern accent like Dillon’s partner Chester) ‘Telegram for Mr. Dillon… Oh, he’s not here right now. Telegram for Mr. Dillon.’

“John goes, ‘Telegram for Mr. Dillon,’ and he mimics the guy perfectly.

“That’s why I got into Belushi is because he was someone. And you can already tell how to work it. You can tell who I am already. I’m excited about it. I want people to know who the real deal is, and not just – I don’t care what music it is. Somebody goes, ‘Oh, so and so did that song.’ Actually, Larry Williams did that song.

“So, I give credit where credit is due. I’m interested in what makes things tick, and that’s who I am. And so, I’m watching Belushi feedback on what this television is saying. I’m watching him do his thing, you know?”

Was he a funny guy?

“No, man. He was a serious actor. He was funny, but he was brilliant, and he was a writer. He wrote scripts. He wrote a lot of scripts for Saturday Night Live. So did all of those guys. They were required to write.

“So, I’m sitting here with this guy who is somewhat of a stranger. I don’t really know how popular or influential he is, but I’m watching him riff off this television. And I’ll never forget. He’s like me listening to a Little Walter tune, stealing a riff, you know?”

The guy he was riffing off was Ken Curtis who played Festus who was Marshall Dillon’s assistant, and I watch Gunsmoke religiously all the time and have since 1956.

“So, it was the actor Dennis Weaver (Chester).”

There were two guys. There was one guy that was on in the ’50s (Chester) and then there was another guy (Festus) in the ’60s. The earlier half-hour shows are the ones that blow my mind because they change the characters. All these characters change dramatically when they went an hour long. At first, Dillon was one hard-nosed bastard back in the ’50s.

The number of people he killed in a single episode…

Not to be believed. And in the ’50s, it’s pretty obvious Kitty is a whore house madam from New Orleans, and she turns into a bar owner, and she doesn’t take any shit from anybody. This is 1956. Some guy comes up and starts beating up some old man. She takes this guy by the nape of the neck and starts beating the crap out of him. And Dillon comes along and saves the day for her because this guy’s about to turn tail on her and beat her back up. It’s wild to watch these old shows.

*All images courtesy of the artist’s site