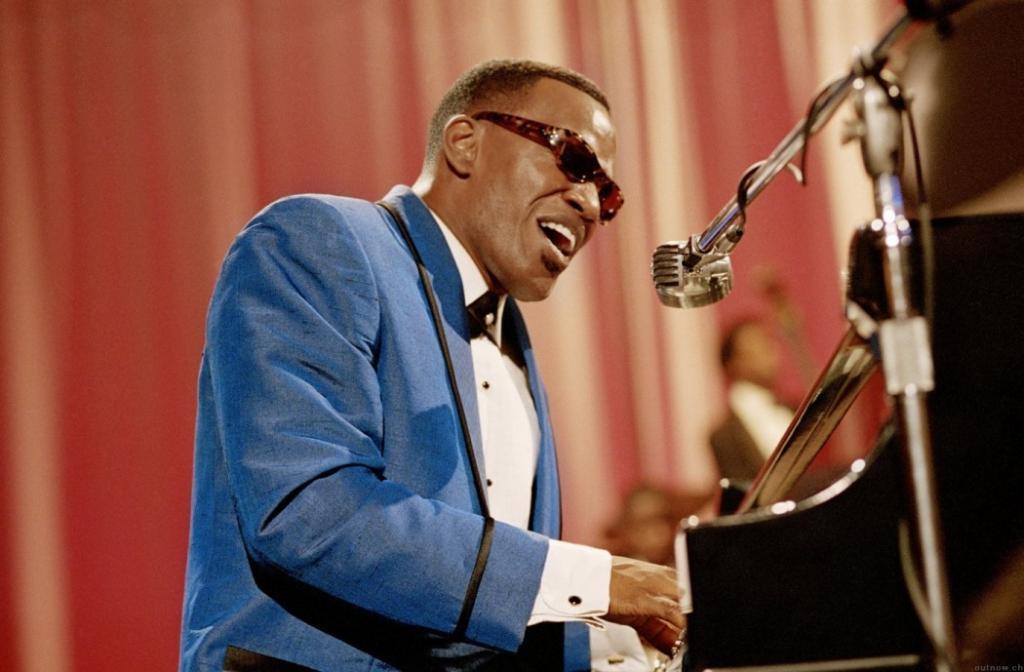 Tangerine Records has released a new lyric video for Ray Charles’ Grammy-winning 1993 recording of “A Song For You,” which was first written and recorded by Leon Russell. The song will be featured on True Genius, a newly remastered, limited edition set featuring 90 of the greatest songs from his legendary career and all of Ray’s biggest hits. The set also includes a special bonus disc of eight previously unreleased tracks recorded live in Stockholm in 1972. True Genius will be released on September 10, 2021, in celebration of what would have been Ray Charles’ 90th birthday year, and is currently available for pre-order here.

Also available to stream today is a sampler playlist of some of Charles’ most timeless recordings of classic pop tracks, featuring “Busted,” “Eleanor Rigby” and “Hallelujah I Love Her So (Live),” along with “A Song For You.”

“We’re extremely proud to present this collection, which maps the breadth and depth of Ray Charles’ music, presented in chronological order so the listener can join Ray on his journey through the most expansive and creative period of his legendary career. I’m also thrilled that this music will be widely available on all streaming services for the very first time, so that new and future audiences will continue to discover the True Genius of Ray Charles.”  – Valerie Ervin, President Ray Charles Foundation

The digital release of True Genius marks the first time this incredible collection of Ray Charles most important works will be widely available on streaming platforms, bringing classic hits such as “Hit The Road Jack,” “Crying Time,” “Busted,” “America The Beautiful,” “A Song for You,” “Unchain My Heart,” and many, many more back to streaming after more than a decade.

Tangerine Records will also release True Genius: Sides of Ray on November 19th, a double disc vinyl collection that illustrates Charles’ many musical “sides” by focusing each album side on the genre categories he visited most: soul, jazz & blues, country, and pop, available for pre-order here.

On August 16th, The Country Music Hall of Fame announced that Ray Charles has been inducted as an official member. Charles, who revolutionized the country genre and brought it to new audiences with albums like 1962’s Modern Sounds in Country and Western Music, was inducted in the “Veterans Era Artist” category.

Ray Charles’s recordings are major landmarks in American culture. By blending country and roots with other popular sounds, this visionary singer, songwriter, pianist and composer brought his expansive musical vision to a worldwide audience. Charles’ albums, released during the heart of the Civil Rights Movement, broke down both racial and genre barriers. The incredible crossover success of Modern Sounds in Country and Western Music, Volumes 1 & 2 led Willie Nelson to remark, “Ray Charles did more for country music than any other artist.” Ray continued to do something no other artist had done before or since, conquering all genres of music, from gospel and R&B to soul, country, jazz, blues, and pop, which led Frank Sinatra to dub Ray Charles, the only “True Genius” in music.

Ray further helped bring Americans together with his rendition of “America the Beautiful,” and he remains the only artist in history to create and define a national anthem.  Charles was also one of the first recording artists to have ownership of his masters as well as complete creative freedom.

Charles’ staggering achievements over a 58-year career include 17 GRAMMY Awards, induction into the Rock and Roll Hall of Fame, a Lifetime Achievement and the President’s Merit Award, the Presidential Medal for the Arts, France’s Legion of Honor, the Kennedy Center Honors, the NAACP Image Awards’ “Hall of Fame Award,” and numerous other music Halls of Fame, including those for Jazz and Rhythm & Blues, all testament to his enormous influence. In 2019, he was honored by the Grand Ole Opry with An Opry Salute to Ray Charles, which was broadcast across PBS stations.

One of the greatest artists of all time, Charles successfully mastered and forever changed the blues, jazz, gospel, rock, pop, and country music landscapes. He teamed up with the best of the best in each stylistic genre, including B.B. King, Aretha Franklin, Lou Rawls, Hank Williams Jr, Willie Nelson, Stevie Wonder, and countless others. As he described himself. “I’m not a country singer. I’m a singer who sings country songs. I’m not a blues singer, but I can sing the blues. I’m not really a crooner, but I can sing love songs. I’m not a specialist, but I’m a pretty good utility man. I can play first base, second base, shortstop. I can catch and maybe even pitch a little.”