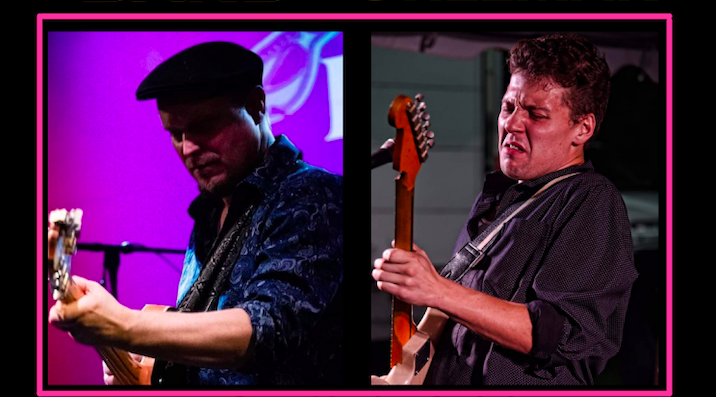 On Saturday Oct 2, the Sol Roots band with guest Gabe Stillman perform at the legendary JV’s in Falls Church, Virginia. This special blues/soul/rock celebration will showcase world class musicians in a relaxed venue that has been known for decades for showcasing some of the best national and regional musical talent. 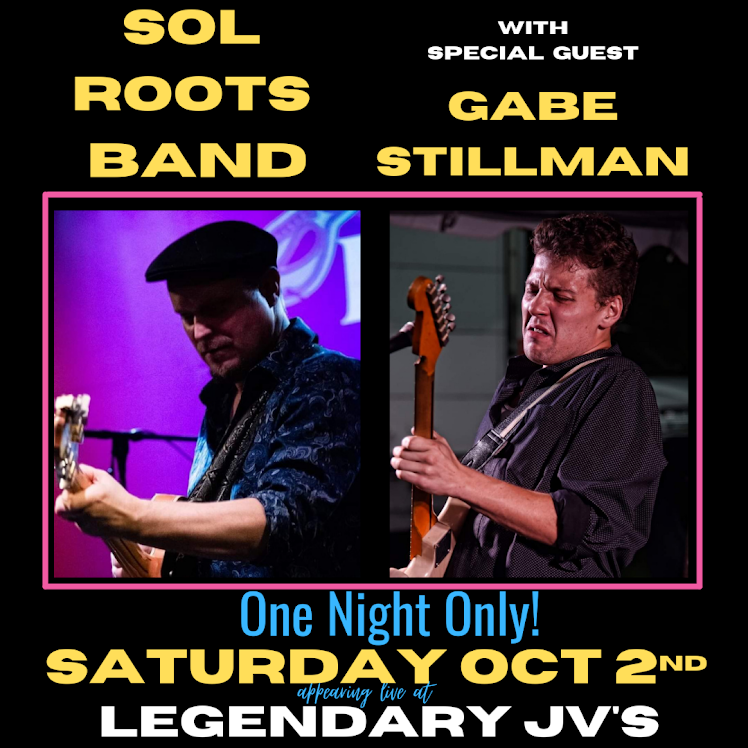 Sol is proud to be an official Home Grown Music Network artist and a “Next Generation” Music Maker Relief Foundation artist. Sol Roots was awarded “Best Blues Act/Group” 2019 by The Wammies / The MusicianShip

Gabe Stillman is recognized as a rising star in the blues world, who always brings energetic, acrobatic, and fiery guitar performances. Gabe is a graduate from the prestigious Berklee College of Music, and has a sound remarkably rooted in the blues, while drawing from the deep well of all American roots music. Gabe recently signed with Vizztone Records and has put out an acclaimed new album, Say The Word, which was produced by Anson Funderbough. The Gabe Stillman Band has been touring steadily in support of this album, as well as Gabe being a guest feature on shows with friends such as Billy Price, The Nighthawks, and Sol Roots.

“Gabe Stillman is one of the most promising young blues talents on the scene today” – Bruce Iglauer (President, Alligator Records)

These two fantastic performers will join forces Saturday, October 2nd for a special one-night-only concert, which will feature musicians that have worked with acts such as Danny Gatton, Chuck Berry, Beverly “Guitar” Watkins, Taj Mahal, Tom Principato, The Nighthawks and more.

The legendary JV’s has been showcasing the best in national, regional, and local Washington D.C. area blues, rock, soul, rockabilly, folk, and more for decades. JV’s has also been supporting the local community with free food for the homeless, first responders, full time musicians, and more ever since 2020.