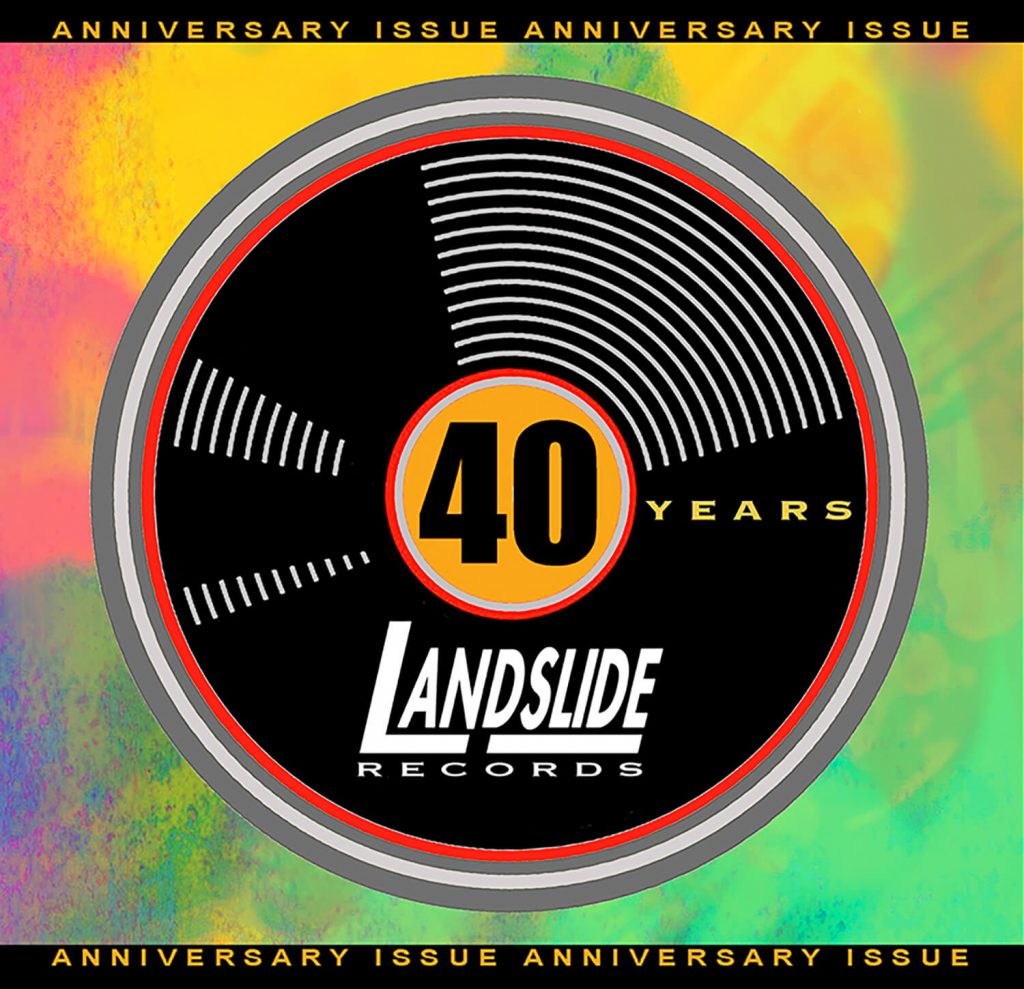 Landslide Records is proud and excited to announce an October 29 release date for LANDSLIDE RECORDS, 40TH ANNIVERSARY, a double-CD package commemorating its 40th year in business. The album features many of the notable recording artists who have appeared on the label over the years, including The Derek Trucks Band, Widespread Panic, Col. Bruce Hampton, The Brains, Tinsley Ellis, Sean Costello and Webb Wilder.  The specially-priced album, consisting of 33 tracks and over two hours of music from its catalog, is an eclectic mix of Southern Roots, Blues, Jazz and Rockabilly genres that will also appear in all digital formats. 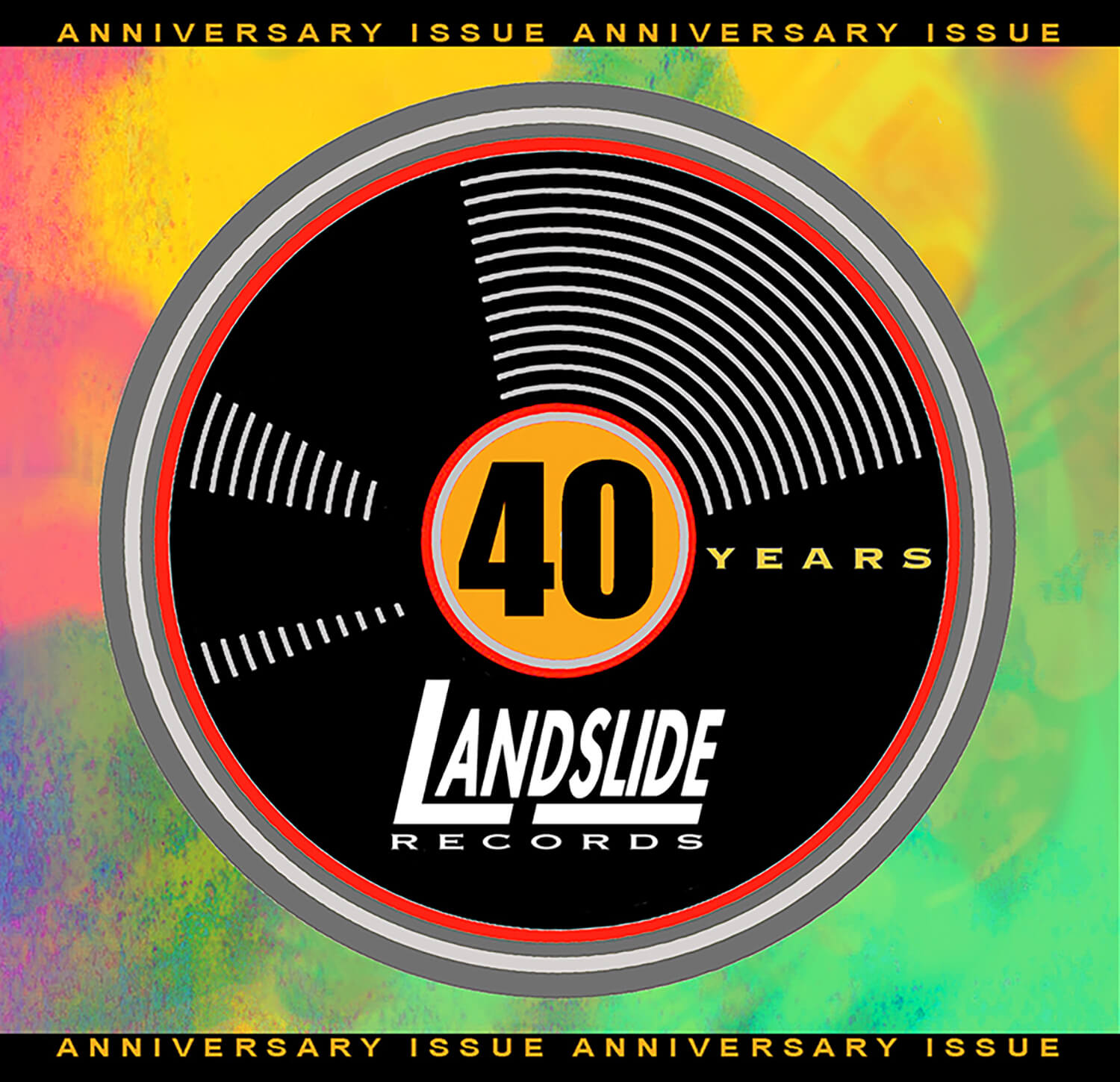 “‘You should start a label, man,’ said the beyond-classifiable Atlanta musician Bruce Hampton (then known as the city’s ‘only living art object,’ but not yet a ‘Colonel’) in 1981 during one of our many discussions about music,” Landslide Records founder and president Michael Rothschild recalls. “Hampton was coaxing me into producing the other-worldly material he’d been creating with his musical partner, the terrific multi-instrumentalist Billy McPherson, who were known professionally as The Late Bronze Age (LBA).  I’d seen some of their shows, which were fun, but the songs, though rhythmically catchy, contained impenetrable and wholly non-commercial lyrics.  ‘The annexed vortex tranquiled an address thief’s grief’ and ‘merged moons perpetuated a resurgence of guesswork’ were lines obviously not destined for the Billboard pop charts.  Nevertheless, making a record with these talented characters promised to be an entertaining sideline from my corporate job.  Hampton also assured me that consequently ‘we would all be riding around in limousines.’  Even if the truth fell short of his assessment, it was the beginning of Landslide Records.”

Founded in Atlanta in 1981, the label’s first release was Outside Looking Out by The Late Bronze Age.  The album was received well critically and, along with early records by percussionist David Earle Johnson (with jazz guitarist John Abercrombie and pianist Dan Wall) and reed master Paul McCandless, the company was able to establish offices in downtown Atlanta and set up credible independent national distribution. Early on, Landslide released debut albums from Webb Wilder and The Beatnecks, Widespread Panic, Cigar Store Indians, the Lost Continentals and The Derek Trucks Band.  It has since focused on a wide array of roots-oriented Southern-based recording artists, including its latest release, Alafia Moon, by Tampa blues-rocker Damon Fowler.

“Outside Looking Out garnered some excellent reviews, but despite a rave by Robert Palmer in the Sunday New York Times’ Arts and Leisure section, the album sold maybe two records in every state – a total stiff,” Rothschild remembers. “Yet, right off the bat we were deluged with demo submissions from aspiring artists across the country, all of whom apparently thought that if we’d released The Late Bronze Age, we’d release anything.  Moving forward, Hampton helped point the label towards a jazz-based roster with friends like David Earle Johnson, joined by John Abercrombie and Paul McCandless.  In 1983, Tinsley Ellis and his hardworking blues band, The Heartfixers featuring Chicago Bob Nelson, came on board, and along with The Brains, new wavers led by an innovative singer/keyboardist/songwriter named Tom Gray, opened up fresh genres for us to pursue.

“We are proud to have since released debut albums from Webb Wilder, Widespread Panic and The Derek Trucks Band, and to continue on at 40 years to market an abundance of high quality, roots-oriented Southern artists.  I feel privileged to have been able to work with so many highly-talented musicians and producers, several of whom have become close friends over the years. It’s been a great ride so far. We’ve coped with all the music business changes along the way…from vinyl records to cassettes to compact discs, to digital downloads and streaming, all of which presented new challenges. Currently, we look forward to moving ahead with a new slate of releases scheduled for 2022.”

LANDSLIDE RECORDS, 40TH ANNIVERSARY’s colorful package was designed by the company’s longtime art director, Atlanta’s J. Flournoy Holmes, who has designed most of its album covers since the beginning.

LANDSLIDE RECORDS, 40TH ANNIVERSARY will be available at retail accounts, online, and through www.landsliderecords.com