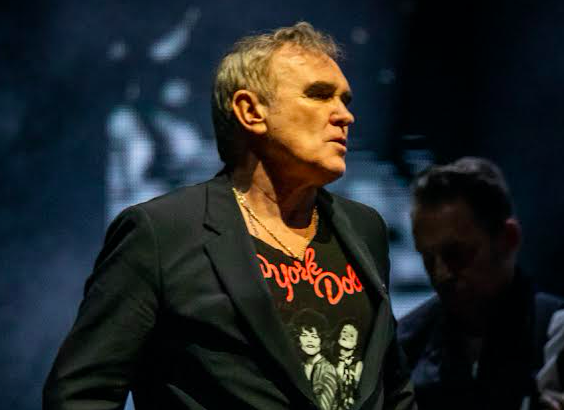 It was five years ago, almost to the day, when Morrissey, the English singer and former lead singer of the Smiths, played at Riot Fest in Chicago.  A lot has changed between then and now!

Back then the pure adulation from much of the crowd towards Morrissey was palpable. Many fans lined up hours ahead of time to secure spots close to the stage to see their hero live; a lot of people were crying during and especially after his concert, and the grounds afterwards were lined with lost or discarded clothing and shoes.

What’s changed? We all have gotten older, obviously. And the perception of Morrissey has changed in five years. He is not looked at quite the same way by many, as the infallible, omniscient, omnipotent god-like performer. Morrissey has been known to espouse some political views that are less than generous, and can be viewed as downright xenophobic. 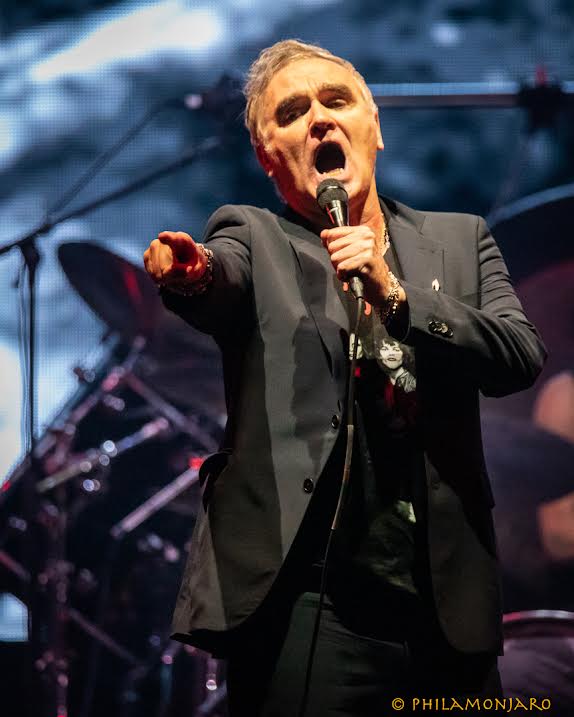 Performance-wise, Morrissey is as brilliant as ever. Dressed in a two piece dark suit and a New York Dolls’ tee-shirt, he played Smiths’ song “How Soon is Now.” It was one of three Smiths’ songs Morrissey performed, along with “Shoplifters of the World Unite,” “Never Had No One Ever” (from seminal album The Queen is Dead), and “Half a Person.”

At one point the sarcastic Morrissey informed the crowd: “Yesterday I took a flight on United Airlines, and I survived!” He played the relative obscurity “The Loop,” perhaps so he could joke “That song was called the ‘Chicago Loop.'”

Morrissey performed songs during his 70-minute set from throughout his lengthy solo career, including “Every Day is Like Sunday” from his 1988 solo debut Viva Hate, and “Knockout World” from his most recent release, last year’s I am not a Dog on a Chain.

Morrissey sang two covers, “Lady Willpower,” first performed by Gary Puckett and the Union Gap in 1968, and the Pretenders’ classic “Back on the Chain Gang.” Somewhat surprisingly, Morrissey did not sing the Laura Nyro-penned “Wedding Bell Blues,” the song that the Fifth Dimension took to Number One in 1969, which Morrissey had been performing fairly regularly during his recent Las Vegas residency.

Morrissey closed his set with “Jack the Ripper” with his band, and then disappeared into a cloud of smoke. When the smoke was gone, so were the musicians. There was no encore.

It was a great show by a performer who has turned into more of a crooner than he was five years ago. Morrissey earned respect from fans, some of whom were seeing him live for the first time, and some who had seen him play with the Smiths decades ago.