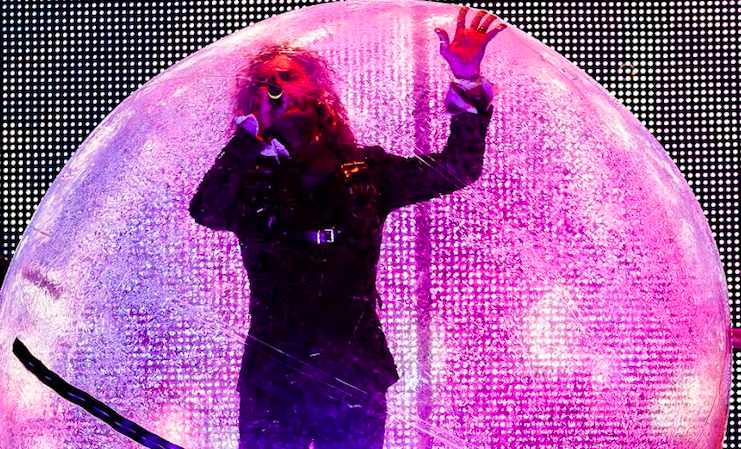 Wayne Coyne, the lead singer for the Flaming Lips, the psychedelic/alternative rock band from Oklahoma City, Oklahoma, acknowledged early on at the band’s Riot Fest appearance on Sunday that this was not going to be the typical Flaming Lips concert that fans were used to seeing.

Because of what’s been going on in the world, there would be no confetti shot off, no plastic balls thrown into the crowd.  The only balloons released into the crowd were the obligatory “RIOT FEST – FUCK YEAH” silver balloons that were tossed into the crowd after being waved around onstage by Coyne. 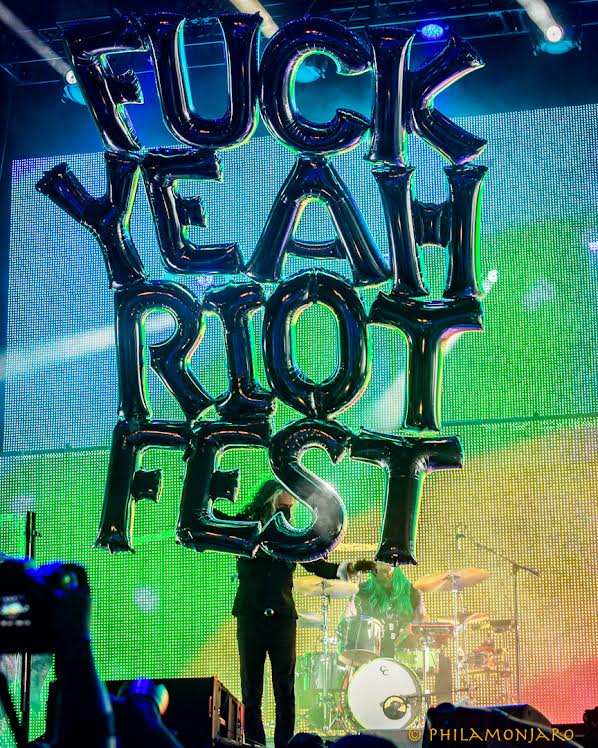 Coyne and his excellent band clearly were happy to be playing live, despite the limitations on their usual concert extravaganza.  It was still a great and entertaining show.

It is true that the confetti and hundreds of plastic balls that normally thrown out into the audience at a Flaming Lips show were missing at this Riot Fest appearance, and although Coyne climbed into and out of his inflatable plastic ball during the course of the concert, he never left the stage.  There was no walking over the crowd at this show!  There were streamers, and there was a smoke machine.

What about the music?   When they played their second song, “Yoshimi Battles the Pink Robots, Part 1,” a giant Yoshimi balloon was inflated onstage to coincide with the song. The only new song performed was “Flowers of Neptune 6,” which was released last year as a collaboration with Deap Vally.  Everything else was at least ten years old, and the band went back to their early days by playing their biggest radio hit to date, 1993’s “She Don’t Use Jelly,” which predictably turned into an audience sing-along.

Coyne seemed philosophical at times, talking about how we all need to get along, and commenting on how beautiful the moon was.  At one point Coyne exclaimed that “Riot Fest has always been the coolest fucking punk rock festival there’s ever gonna be!”  The crowd roared its approval to this.

The Lips inflated their rainbow balloon to play their last (and greatest) song, “Do You Realize?” — another crowd sing-along. The audience went away sentimental and happy, with several members crying at the poignant lyrics. 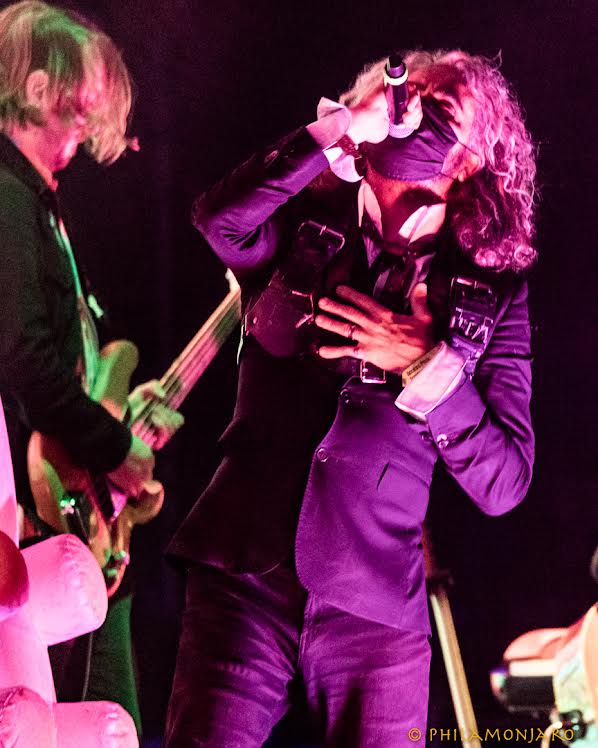 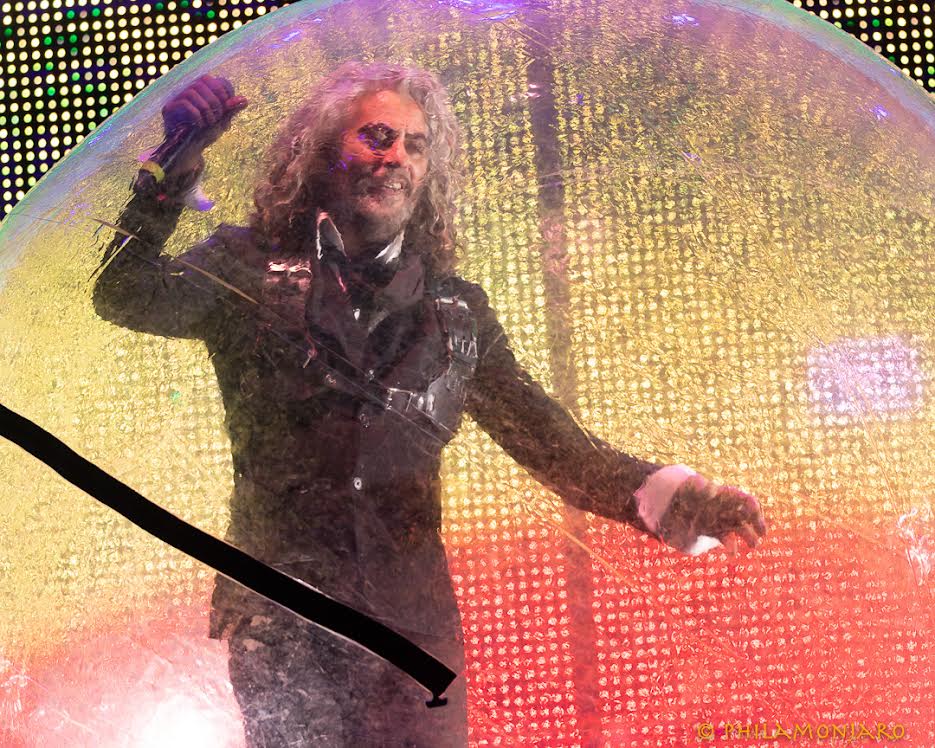 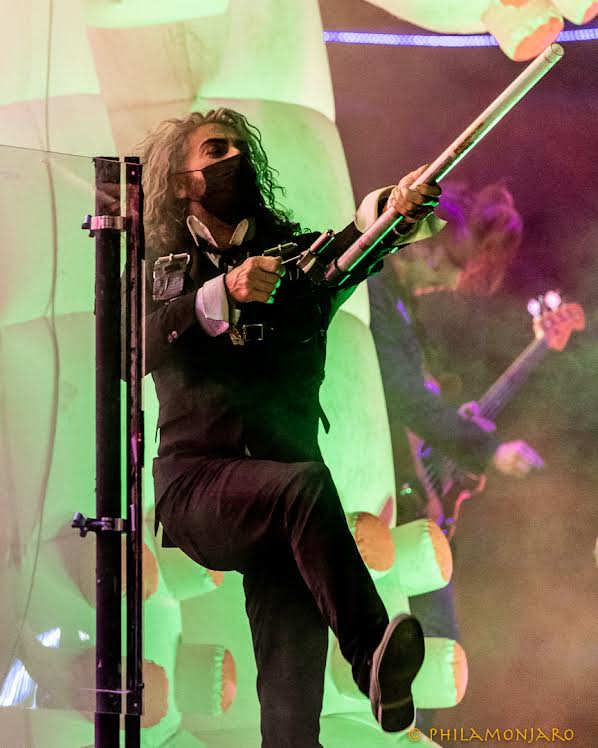 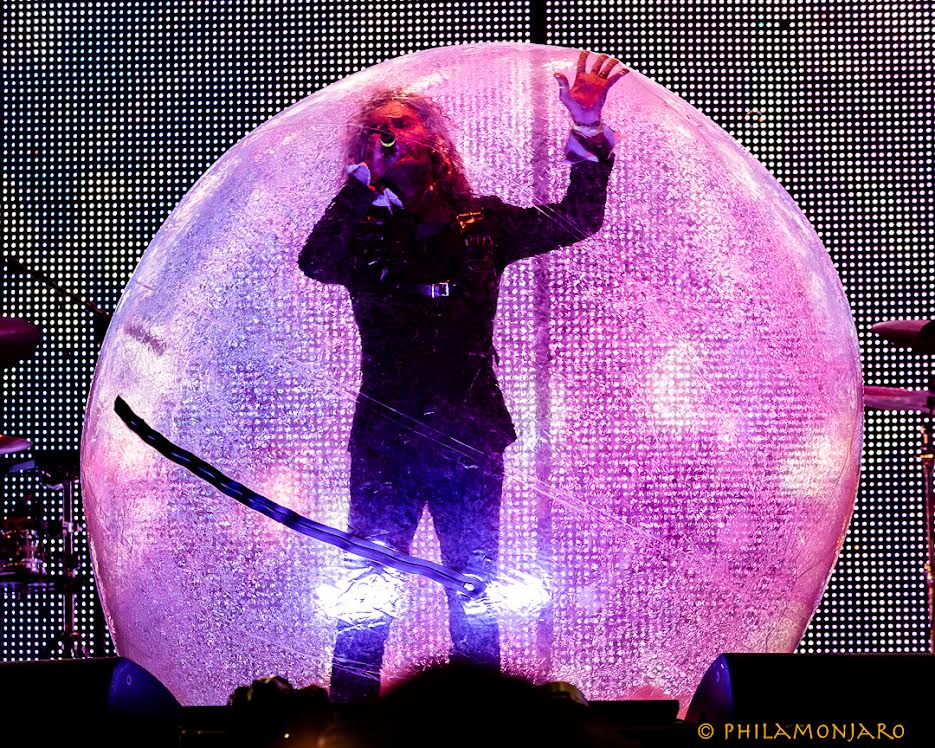