Master of Musicology: An Interview With David Avery Of Powderfinger Promotions 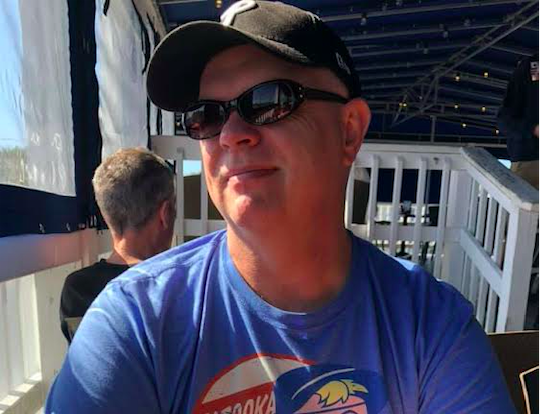 Since its launch in 1994, Powderfinger Promotions––named after founder David Avery’s favorite Neil Young song––has been one of North America’s most renowned Indie radio promoters and PR firms, cultivating success for its artists via radio promotion, publicity and tour support. The company has relationships with over 1,000 college, AAA, Americana, Jazz, Reggae and Jamband stations, and hundreds of press contacts.

Under Avery’s leadership, Powderfinger was voted the College Radio Promoter of the Year for two years in a row by CMJ New Music Report. The company also promoted the No. 1 Jazz albums of the year at CMJ for three straight years, and has helped numerous artists chart in Relix/Jambands.com, Americana Music Association, NACC, FMQB AAA and other influential charts. Powderfinger has promoted projects for high-profile artists like 311, moe, Steve Winwood, String Cheese Incident, Bootsy Collins, and Robert Randolph.

How did you get into music and who are your favorite artists?

Music has always been part of my life and my grandfather was one of those people who could pick up any instrument and play it. I think he also read piano music but he mostly played by ear. Pretty much everybody in my family sang either in a church choir or a gospel quartet. It was always around. I ended up singing in several choirs over the years, and I was also in a rock band. It has always been part of my life. Neil Young, The Beatles, and Johnny Cash are some of my favorites.

Funny story—when I was a kid my mother caught me listening to The Beatles’ White Album, which she found shocking. She tried to divert my attention by buying me Johnny Cash Live at Folsom Prison, which granted, had less sexual content, but scared the hell out of me because murderers were cheering Cash’s murder songs. I ended up becoming a Johnny Cash fan because of my mother. Later on I became interested in Jazz and Classical music. I grew up with a lot of Gospel, Country, and Pop in the house.

Can you talk about your Masters of Musicology from The New England Conservatory?

It is an amazing place. Musicology is mostly a history and theory pursuit, but some of the top student musicians in the world were all around me. Amazing people would come in and do workshops for a week or two. I had the chance to work with John Cage. He blew everybody’s mind and he wasn’t even trying. I’ll tell you a good John Cage story. There was no pretense with him—he was exactly who he seemed to be. Cage came into a class where students were preparing to perform one of his prepared pieces for piano and a trio. The piano had nuts and bolts screwed into the strings and the trombone was hooked up to a funnel.

At the end of it, a music theory student asked him how the piano part was related to what the trio was playing. Cage said without blinking an eye, “Well, the piano is playing its part, and the trio is playing their part.” Silence—that was all he had to say about it and that is exactly how he thought about it, period. I met Art Blakey, Bill Evans (the sax player), and John Williams. People I idolized were there. There was a lot of Jazz at the school and a big Klezmer department, too. It was a great place and those musicology classes taught me how to be a better writer. It was very cool and I loved it a lot. I feel grateful to have been a part of NEC’s legacy.

How and why did you create Powderfinger Promotions?

It was basically a happy accident. I had been working as an editor for Schwan Publications and we would put out catalogs of recordings with editorials and reviews. The company was suddenly bought out while I was working there and moved to New Mexico. I didn’t really want to move there.

Fortunately, I was on the dole for a few weeks and I didn’t have any kids at the time. I had a lot of free time and a friend of mine was putting out an album with his band and they were going to hire someone to promote it. I told him I had nothing but time and I would figure it out. I found listings of college and community radio stations. I started with college radio and I came up with a database of sorts with people’s phone numbers and addresses. I started sending out CDs and calling radio stations. I put together a weekly report for the band and it went really well.

And then for some reason a couple of more prominent local artists in the Boston area decided to hire me to promote their new releases. Having a couple of names on your roster really helps. People see that and think, “Well this guy can’t suck because he has worked with Bootsy Collins or whoever.”

It carries a lot of weight. It took off. I started doing it for fun literally in the kitchen pantry and it has developed into a whole thing. We moved into an office, added publicity, and developed the Jamband scene into a radio niche. That is how I actually started promoting blues bands. Most of the time blues rock artists come to us because they want to be promoted on something besides blues radio. They’ve often already been on the Living Blues chart and they want to get on other platforms and be heard by other audiences who dig jam bands, Americana, and other types of music where they can crossover.

The Nick Moss Band was a perfect for this kind of crossover promotion because they’re a blues band with a lot of rock appeal. Blues guitar players can really play and jam band fans love that. They are all about the music. This is how I ended up promoting blues. It’s not too often that people come to us asking to be promoted only blues radio. Artists want exposure to different types of people.

What is your favorite part of the job? Is it radio promotion, publicity, or tour support?

They are all intertwined, but I would say radio promotion. It is very one-on-one. A lot of the people I talk to at the radio stations are the same people that I talked to twenty years ago. There is a lot of consistency, which helps a lot because when I send stations new music they know it’s going to be good even if they decide it isn’t a perfect fit for them. They know that they should take it seriously and give it a fair shake. I’m not going to send them something that stinks.

What can an artist expect when working with you?

They can expect that we are going to approach the radio stations in a couple different ways. One way is through group emails and social media posts directed at radio stations in general or a particular set of radio stations. We also do a lot of one-on-one follow up through phone calls and emails. For the most part, it’s a weekly cycle because most radio charts are weekly. You have to go back to the stations week after week. You have to keep reminding them about the new music that you sent because they’re also getting things like the new Willie Nelson or Sheryl Crow album, and of course they’re going to listen to those first.

It still helps if you send out a certain amount of CDs along with digital links, but we certainly don’t send out as many CDs as we used to. Clients can expect that we’re going to do our best. What is great with a lot of these stations is that DJs have a lot of say about what gets played and they also have a say about what doesn’t get played. You can get turned down. In general, I have a pretty good ear and we try to take on things that we really like, that we feel like we know what to do with, and that are going to do well with the stations that we work with. You also want a promoter with a lot of experience and we have plenty of that.

In today’s market where does terrestrial radio fit in versus online streaming services?

If you are talking about blues, radio is super important. Some of those DJs have been doing shows for twenty to forty years and they’ve a devoted listenership. That demographic is twenty-five to fifty-five on up. It’s a good target audience. Most blues shows are on college or community radio stations. There’s been about 10% jump in listenership since the pandemic hit, which wasn’t really a surprise to me.

When there is a national crisis a lot of people turn to their local radio stations because they want to know what’s going on in their town. Radio is also consistently ranked #1 for music discovery. These stations have been great about helping motivate their listeners to attend live shows. If an artist gets an on-air interview or it is put on a station’s concert calendar, there are going to be more people showing up to the gig.

Where do you see radio going?

Public radio started in the 1930s and people were already talking about the death of radio back then. Ha! What drives radio is local appeal. Knowledgeable DJs curate playlists, and I don’t mean something like a Spotify playlist. A real DJ is someone who knows how to put songs together while exposing the listener to new music. Also, a knowledgeable DJ talks about where the music comes from and an artist’s influences between baseball, weather, and traffic reports.

Streaming services aren’t going anywhere either. What’s different now is that there are so many different options. I treat Spotify like my record collection. If I listen to Spotify, I am going to listen to an album. If I want to hear a curated playlist I turn on the radio because an experienced DJ is always going to be better at that.

How has business been for you during the pandemic?

We have been very busy—word got out quickly that even more people were listening to the radio now. The pandemic forced the issue of accepting digital submissions because people weren’t getting their mail and didn’t even want to touch their mail at first. Music was still coming out and artists suddenly started putting out a lot more stand-alone singles. Suddenly artists like Brandi Carlile were releasing songs about getting through these times, and very quickly we were able to get traction with digital singles at these stations for the first time ever. It makes it more affordable if you are only promoting a single.

The album has more impact, but with the digital single you can still get traction without the expense of CDs. But eventually, you need to release an album—that’s still what you’re judged by. At radio, a single helps you get a song out there if you want to remain relevant and not be forgotten between larger releases. It’s a good idea to hire a promoter if you can, because there’s so much music out there. Spotify uploads about 62,000 new songs each day. It’s just crazy.

I really like helping newer artists get recognition—that’s always fun. You never know what’s going to happen with those releases. I want to help artists have more of an impact at radio. That is always the goal.