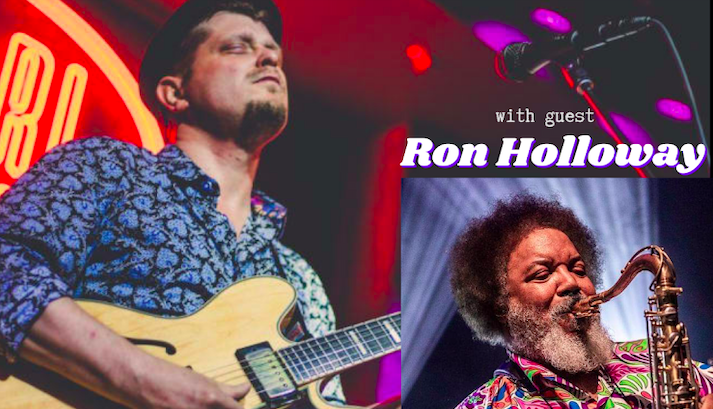 A fantastic free outdoor concert is coming up on Wednesday, October 13 in Arlington, Virginia. The Sol Roots band with special guest, world-renowned saxophonist Ron Holloway, will be performing for the Clarendon Concert Series. The band creates a blend of energetic rock, deep blues, raw funk, greasy soul, and hypnotic rhythms.

Sol Roots is a fierce guitarist and soulful vocalist who has toured with many musical legends around the world. Sol has an incredible roster of musicians that he also brings in as special guests to add to the band’s versatile and exciting performances. The band have shared the stage with acts such as Jon Cleary, Victor Wainwright, Eric Lindell, New Orleans Suspects, Booker T Jones, Walter “Wolfman” Washington, Shemekia Copeland, Sonny Landreth and more.

Paying homage to the greats, and with a love of Universal Music as the guiding light, Sol brings together a powerful and unique group of talented musicians. He is an official Home Grown Music Network artist and a “Next Generation” Music Maker Relief Foundation artist.

Ron Holloway is one of the busiest tenor saxophonists on today’s music scene in any genre! Recently, Ron toured extensively with The Warren Haynes Band, in support of two critically acclaimed releases on the Stax Records label. Holloway is a frequent guest of Gov’t Mule, Tedeschi Trucks Band, The Allman Brothers Band, and many others. Over the years, he has been a member of an eclectic roster of groups, including; the Susan Tedeschi Band, the Dizzy Gillespie Quintet, Gil Scott-Heron and Root Boy Slim.

This free outdoor concert will be held on Wednesday October 13 from 5:30pm until 7:30pm at the Clarendon Central Park in Arlington, Virginia. This wonderful, community enriching concert series, Music By The Metro, is presented by Clarendon Alliance in partnership with Arlington Arts.