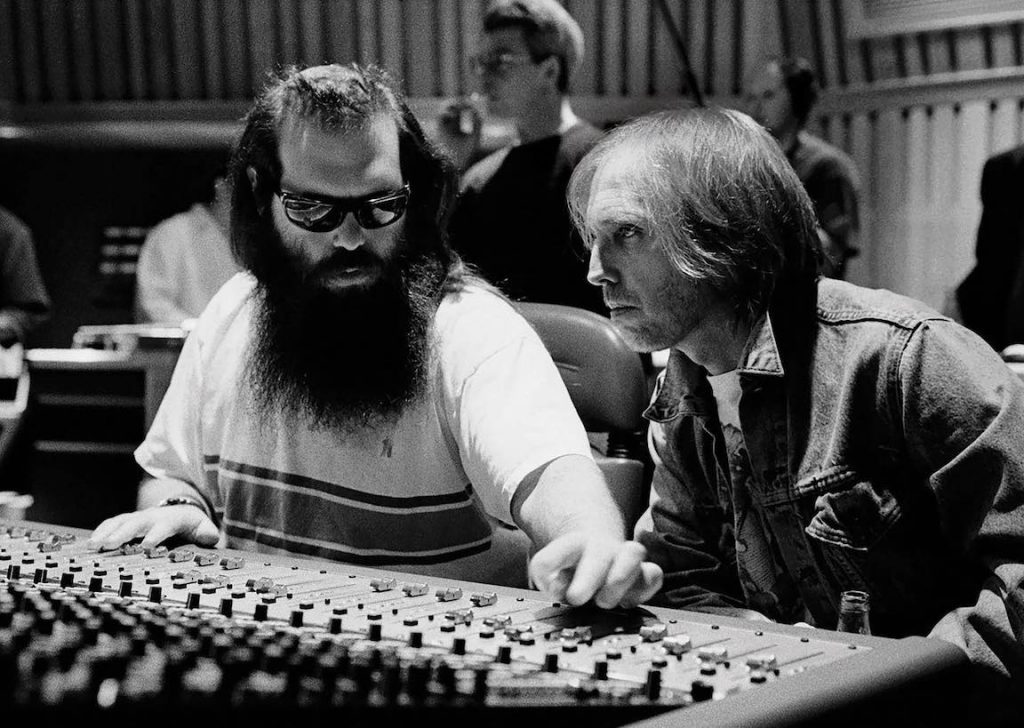 After a long time coming, Tom Petty, Somewhere You Feel Free: The Making of Wildflowers sees its release on what would have been the American treasure’s 71st birthday. A one-night global celebration via Trafalgar Releasing, encore screenings will be in select cinemas on October 21.

The 89-minute documentary was directed by award-winning filmmaker Mary Wharton (Jimmy Carter: Rock and Roll President, Sam Cooke: Legend, Elvis Lives!, The Beatles Revolution) and won the Audience Award at SXSW 2021 and Best Documentary Film at the Boulder Film Festival. The film also delves deeper into 2020’s critically acclaimed certified gold reissue, Wildflowers & All The Rest, which revealed the second half of the album.

Tom Petty, Somewhere You Feel Free: The Making of Wildflowers serves as a time capsule as it focuses on the years 1993-1995, when Tom worked with producer Rick Rubin for the first time — also marking a period of intense creativity and accompanying turmoil. Produced by Peter Afterman with executive producers Mary Wharton, Dan Braun and Adria Petty and presented by Warner Music Entertainment and Warner Records, the film features never-before-seen footage drawn from a newly discovered archive of 16mm film. In addition, it will include new interviews with Heartbreakers guitarist Mike Campbell and Heartbreakers keyboardist Benmont Tench. 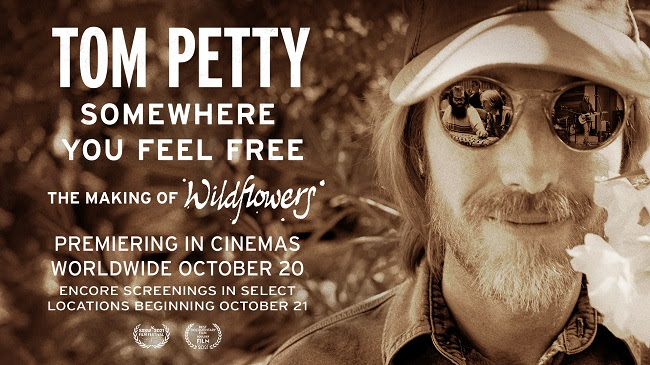 Director Mary Wharton made this statement:

“In the summer of 2020, I got a call from an old friend that felt like a lifeline. I had recently left my home in New York City, fleeing the terrifying first wave of the pandemic. It broke my heart to leave the city, but it didn’t make sense to stay. It was a strange time, and I really didn’t know where I belonged. The phone call came from Adria Petty, who explained that a treasure trove of archival footage of her father, Tom Petty, had been discovered. There was a documentary to be made, and it needed a director. She and the film’s producer, Peter Afterman, had been talking about me. I hung up and danced with joy, and then spent the next eight months with Tom Petty’s music in my head, 24 hours a day. It was like carrying around a box of sunshine in a dark time.

“The footage of Tom Petty making his Wildflowers album with Rick Rubin, Mike Campbell, Benmont Tench, Howie Epstein, Steve Ferrone and George Drakoulias is truly a treasure. Martyn Atkins, who filmed most of the material, did an amazing job of capturing these events in such a beautifully intimate way, and the camaraderie in the studio is palpable. The editor Mari Keiko Gonzalez and I agreed that we wanted this film to have a loose, classic verité feel. Whereas most major artists these days are only seen in tightly edited and overly polished imagery, here we get a rare, unvarnished view of a master of his craft at work in the creative process. That process sometimes gets messy, and you can see in the film that Tom isn’t always sure of himself. As viewers, we get to watch him find his way into a song, and when he gets there it feels like catching a garden snake in a jar. It’s slippery, beautiful and exciting.

“All of the new footage for the documentary was also shot on 16mm film so that we’d never have to feel the hard, steely edge of digital video. To bring Tom’s voice into the film, we chose to only use interviews from the time of “Wildflowers,” because when we tried more recent soundbites it always became disjointed. The feeling of an older man looking back was conspicuous even when you couldn’t see his face on-screen. It seemed important that his voice remain in that time and place where he felt free. It was a choice that forced us to work harder to get the story right, because we were limited to just a few recordings. But for the most part, the film manages to stay captive to the “Wildflowers” era, like a time capsule meant to be opened in 2021.

“Back in 1994, I was a young associate producer at VH1 when I got to work on a documentary about Tom Petty at the time that he was releasing “Wildflowers.” The interview shoot was in Los Angeles and that was the first time I’d ever been to California. It rained so hard the entire time that I never got to see the California sun. But I got to meet Tom Petty and work with an early mentor, Tom Kaniewski, who taught me how music docs are made. The last words spoken in “Somewhere You Feel Free” come from that 1994 interview, and if you listen closely you can hear the rain in the background. ‘Everybody’s been knocked around a little bit,’ Petty reminds us in the clip, ‘but you’ve got to keep some faith in yourself, and you’ll probably be alright.’

“The lesson of Wildflowers is that we all belong somewhere we feel free. I’ll be forever grateful that Tom Petty came into my life to teach me that, right when I needed it most.”

YouTube Originals’ worldwide release in full 4K resolution on the Tom Petty YouTube Channel is slated for later this year. Watch the first look, featuring “Only A Broken Heart” as well as Rick Rubin, Mike Campbell, and Benmont Tench reflecting on the recording process below.

Tom Petty had a way of giving a certain voice to a certain feeling. Sometimes I reach for particular songs of heartbreak or righteous indignation to help me work through pain. Some feelings awaken upon hearing him, such as uplift and enlightenment. I still to this day struggle with explaining this quality, unique to him, satisfactorily.

As with a lot of my interviews, Tom Petty comes up in conversation. Most recently: a phone call with folk rock diva Lilli Lewis, who helped me and made me love her even more. She described it in a way I’d not been able to by saying, “It’s the whole range — his complete command of intimacy and command of rock and roll. The kind of person you want to sit on the porch with, but the way he could weave completely relatable stories into utter poetry… Everything hits the way it hits because he understood every word he was singing. He was never just singing the song he was singing… And because I could feel what he was feeling, he gave me a wider emotional vocabulary.”

I said this last year (and maybe a couple times before), but I’ll feel this way for as long as I live: My rock n’ roll hero since day one, Tom defined the good times and made the bad times endurable. Often, and especially on his birthday, I find myself still grieving someone I never got to meet.

Here’s to Tom and our emotional vocabulary.

Get Petty, Somewhere You Feel Free Tickets Near You