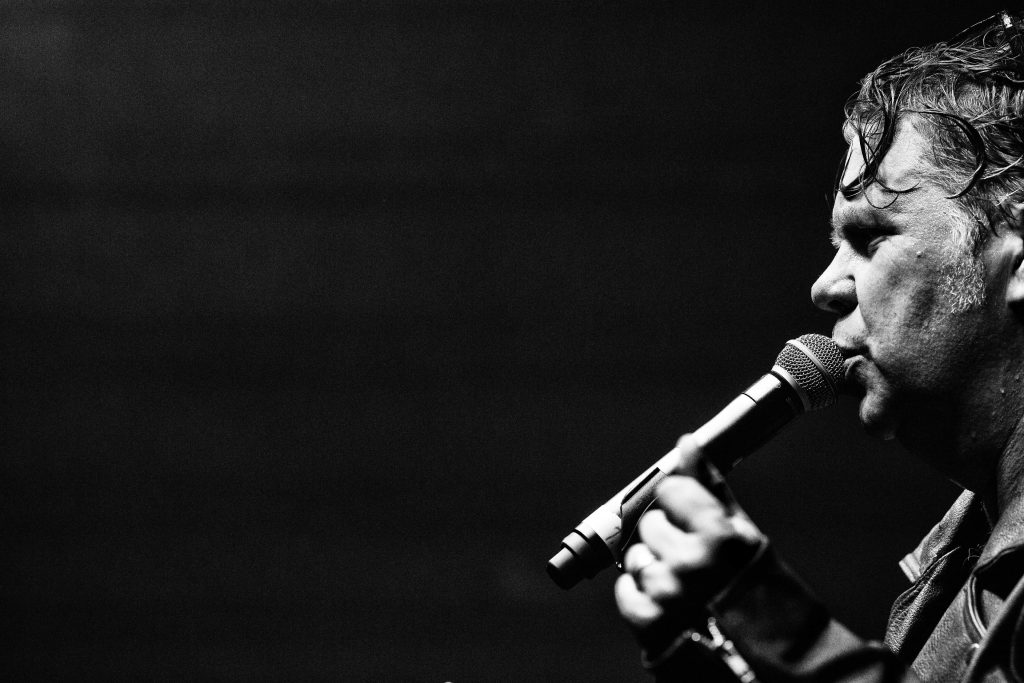 The first time you experience Helsinki-born Sam Huber’s music, you hear nostalgic references to legends like Bowie and Prince mixed with the contemporary beats of hip-hop, soul and funk—it’s a modern urban hybrid that refuses to fit neatly into any box. That’s probably why Huber fits in so well with the True Groove label, whose self-proclaimed style is “Global Soul.” 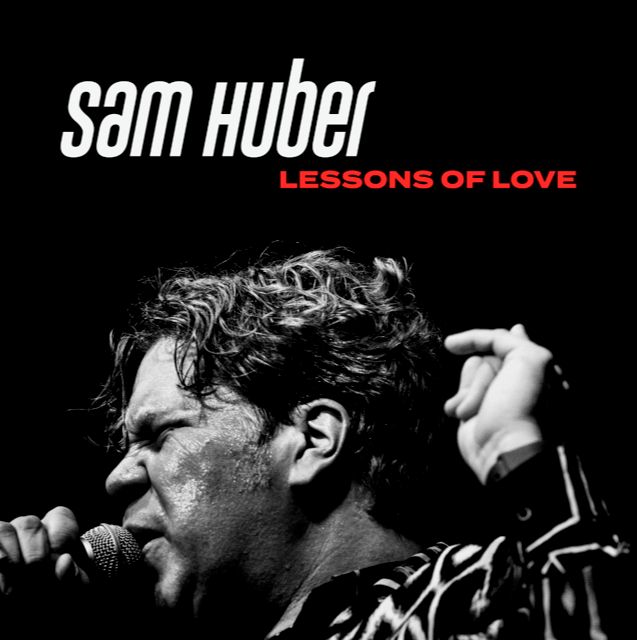 Huber’s most recent single offering is “Lessons of Love,” a refreshing throwback to any given summer in the early 70s. His breathy Marvin Gaye meets Barry White vocals accompanied by a wonderful string and horn filled backdrop took me back to a simpler time, when love was in the air, and all over the radio.

Due to some amazing technology via Facebook, I was able to chat with Sam at his home in Helsinki, Finland, where he is a really big deal.

How did you get involved with True Groove?

It started in 2016. I’ve been going to New York since 2001. I’m a New York fan, so I go there regularly. The first time I went there I was hoping to start a career in New York, at least playing in small clubs. Then in 2016, I went there for a three month period, which is the longest I could stay with my visa, and was searching for contacts in the musical field. Through a couple friends who live in New York, I got to meet Tomás Doncker (artist and founder of True Groove). We hit it off immediately, like we were old friends. We talk the same musical language and that made for a really good match. Since then we’ve been pushing so many albums I’ve lost count. Of course now, since the pandemic, I haven’t been there in a while.

So you were looking for collaborators in the states, and I think it was fortuitous that you ran across Tomás. From what I’ve heard of your music, you two are very much on the same track. He calls the music of his label “Global Soul.” Would you concur?

I think that’s a brilliant description. It’s very hard to put labels on the type of music we do but that describes what’s going on. It’s not just soul music, it’s soul-full music. You can take any genre from punk to blues to reggae to whatever, and if it’s soul-full then it’s soul.

But “Lessons of Love” is very much in the vein of what I remember from the 70s. The soul music that was coming out of Philadelphia, Detroit, and other places at that time with the strings, horns, and orchestration that was permeating the airwaves.

That’s the idea of this double album that we have in the works. One side is going to be funk, and the other side is going to be soul. We took this theme and grabbed the bull by the horns so to speak. We want it to be soulful and funky but with a 2021 twist. The soul half is more traditional sounding and the funk album is more than funk, it’s experimental so not so classical in that sense. But the soul album is an homage to all our heroes.

I wanted to say that your voice on “Lessons of Love,” is absolutely amazing. You have a great baritone vocal going on. Then on other songs, I hear a soulful falsetto. Is that you doing those vocals as well?

Yeah. That’s me too.

Do you play any instruments at all?

Oh yeah. My main instruments are piano and synthesizers, but on this double album I also played a little guitar and bass, but only on the demos, not the final tracks. I’m not a guitar player per se, so it’s usually just for the demos but I can compose with it.

What is the title of this double album you’re working on?

We don’t have a name yet (laughs). The working title is ‘The Soul/Funk Album’ but we have to come up with a good name for it.

Is there a target date for release?

I think late October is what we’re aiming for.

As you look back who are some of your influences or heroes as you said.

When I was a teenager, I first got to know soul music via Stevie Wonder. I listened to his ‘Songs in the Key of Life’ album a lot when I was about 16. It started with that, and then gradually funk came later on. James Brown, and then it really hit me with Larry Graham from Graham Central Station. One particular song of his, “Hair,” then I got what funk was all about. Wow. That blew my mind.

When I started, I had this funk band called Eternal Erection. We were together from 1994 to 2018 and we played a lot. I like every genre of music. I can listen to everything from classical to heavy metal to whatever, but that period, with that band was something else. We watched gigs with George Clinton on YouTube and we got a lot of influences from there. Their music, staging, costumes, everything, we got a lot of inspiration from them.

Another person who really inspired me was Prince. If I had to choose my biggest influence, it would be him. I saw him in Stockholm in ‘87 and it was the best arena gig I’ve ever seen. I like his style, the way he goes through so many different genres, blending them all in a wonderful way.

You also studied acting in college. Is that a second love or something that went along with the music you were doing?

Actually, I started as an actor professionally, and music was a hobby. Then music kind of turned into work also. It’s mostly music nowadays, but I’m still doing both. I started acting on stage in 1991, and my next acting project is coming up sometime next year.

So you stay very busy.

Don’t you love the reaction of a live audience, be it on stage in a play or playing music for a live crowd?

That’s the thing, yes, and right now I’m really missing it, as I’m sure so is everyone else.

Is Finland still in a very strict pandemic lock down or are things opening up somewhat as they are here in the states?

We’re in a phase of opening up right now. About 60% of the population from ages 12 and up have been vaccinated. The government is planning on opening up in October so we can go back to somewhat normal conditions. Hopefully, if there are no sad surprises that is the plan. But, as we’ve learned from this pandemic, it’s hard to predict anything.

But you’re able to coordinate with Tomás and other members of the True Groove label to make music via the internet.

Oh yeah. We’ve been making music all along. Be it via Zoom or other systems, we’re able to do long distance writing, composing and producing together. Usually I’ll start by making a demo, and I send it to Tomás. Then he listens to it, and we connect over video chat, where we talk about it, and play. Then I’ll make a new demo based on what he’s said.

I was a little skeptical at first, but it’s been working surprising well. After I send the demo, the True Groove All-Stars, which is the label band, goes into the studio and lays down the tracks. Then they send it back to me where I do the vocals here in Finland. Then I send it back to them for mixing. Back and forth, back and forth, we’ve made this double album like that. We also have a third album, which is a rock album, already mixed and ready to go that we’ll be releasing next year.

I’ve only had two live gigs since the pandemic started, but have been able to release lots of albums. That’s how I compensate.

A truly talented, and truly humble artist, it won’t be much longer before his name is on the lips and his music in the ears of the United States as much as it is in Europe. We’re proud to bring you the world premiere of “Lessons of Love” from Sam Huber.