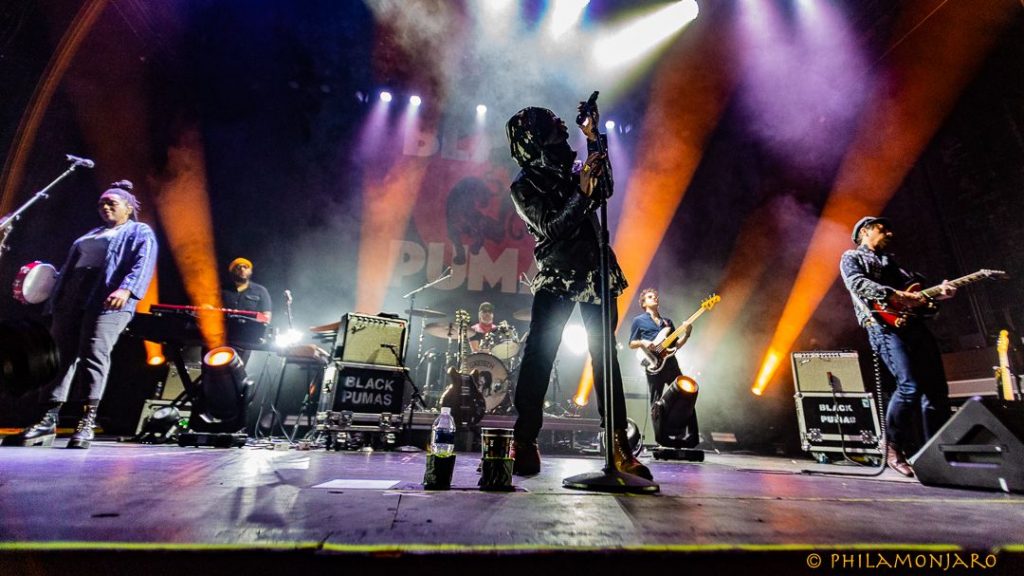 The days are getting shorter. The Chicago night lights turned on and the veil was thin. My soul was in the lost and found, but Black Pumas helped me claim it. I’m no longer doubtful of what I’m living for. This Thalia Hall Chicago show was a rescheduled COVID show and since coming back to the stage, Chicago added 2 more sold-out shows at the House of Blues. I felt very lucky to be at the gracious Thalia Hall show. It’s like seeing the Black Pumas in the neighborhood versus seeing the Black Pumas on some recreated-to-standards gentrified stage.

It was 9:15 and the lights dimmed as the guitar tech exited the stage. The Beatles’ “Because” was playing in the darkness. Because the world is round, it turns me on… “Welcome to Chicago!” The nervous anticipation rose as the waitress hustled to bring out the last rounds before the Black Pumas took the stage. Everyone returned from the bathrooms, ready to revel in these messy healings in a fever pitch so loud, so shrill like only Chicago crowds can do. Everyone in place? Let’s go!

The white lights shined bright as Eric Burton saddled onto the stage with his hood up and sunglasses on. It felt so very intimate as he hopped onto the speaker in front of the stage and took his sunglasses off, looking eye to eye at each audience member beside him in the crowd. Everyone leaned in closer to hear what this man had to say.

“Love in my heart for you baby, Let’s get into it. Follow the ladies! It’s been 2 years since we’ve seen you, Chicago! Let’s kick it together! Can we get to know you, Chicago?” We followed the ladies and everyone began to groove.

The Black Pumas opened with “Get to Know You Better,” which then led me to believe that every song afterward was going to be Fire. Their album has been played from side A to side D in completion enough that I have the audible memory to believe this live show will go in order, too. Unexpect the expected. They did their show their way so the obvious next selection was “Black Moon Rising.”

“Shoot me down and break my heart/ It’s the Black Moon Rising.”

Back in February, I had seen a live stream event for the 34th Annual Tibet House Benefit show that featured the Black Pumas. And man, what a contrast! From the performance to camera screens to this show live in person, it was nice to slip back into the reality of this big long dream, sometimes a nightmare. The live energy exchange is a real thing as this performance was much different, a great gig in the sky proportion with the sound of horns without having horns. The horny sensations of Sugar Memphis brought us into a Detroit portion of the soul experience. The starlight strobe effect set the mood to gospel madness. I could picture being at this show in the 1930s underground jazz clubs. But that would include white fancy gloves and actual glassware. We’d all have tables to prevent spilling the precious illegal intoxicants. We’d know the makers of our fine craft hootch and marvel at the acts on the stage without a burning sensation to know all about them or capture them on our phones. It’s definitely 2021 with cans of craft beer masqueraded as small businesses, private suites that fulfill fantasies at a cost. I was stuck in the middle, aisle hopping hoping to catch a waitress before I gave up, went to the floor, and waited in line at the bar instead.

None of that matters when you gaze into the abyss on stage like a Black Peter Pan leading us to Never, Never Land. If you thought to yourself, why did she have to label him a “Black” Peter Pan it’s because he is. He is Black. He is not a white Peter Pan. Black Pumas showed themselves loud and proud.

“I’d love to hear how inspired you guys are by the music. Wrote a song. Like to hear it? Here it go!”

As Eric Burton sits yonder fair on yee stage talking about me! He is a postman sending his letters straight to my heart. They had a Kayne moment, talking to Chi-Town, ‘cuz I’m coming home again, bringing Kayne back to the poet on the South Side we all knew and loved him to be. Erect once again, the full refresh on the stage adorned the band in golden lights that flooded the theatre. Eric’s sunglasses were back on and when he said that he met the band performing on Santa Monica pier, that Jim Morrison swagger all made sense.

The 2020 album Black Pumas was nominated for Best New Album by the Grammys. The perseverance and grace shined through with a relaxed rendition of “Colors.” The keys took it home with a subdued Sly and the Family Stone flavor, all my favorite colors, see you like no other, greatest show encore ever. They played all the hits from their Grammy-nominated album including a sing-along “Ain’t No Love in the Heart of the City” B side from the bonus 7” vinyl.

As if that wasn’t worth the ticket price alone, right next to me on the balcony, on the aisle that I was hovering at, Eric Burton and his guitar and a spotlight magically appeared. “Somebody’s got to take care of him, so I left school and that’s what I did.” It was the ultimate intimate moment when I realized that is where I was standing, too. His tender Tracy Chapman cover of “Fast Car” truly tucked us all in. Still in shock, he vanished and they came out blazing with a raging hard fire. If you’re in pain, baby, call the doctor. From top to bottom, within to without, it was smooth sailing. The doctor took all my existential worries away for a time. Hold it now, hit it. Full exhale back into the grind of the city streets. Thank You Black Pumas for helping me find my soul again. 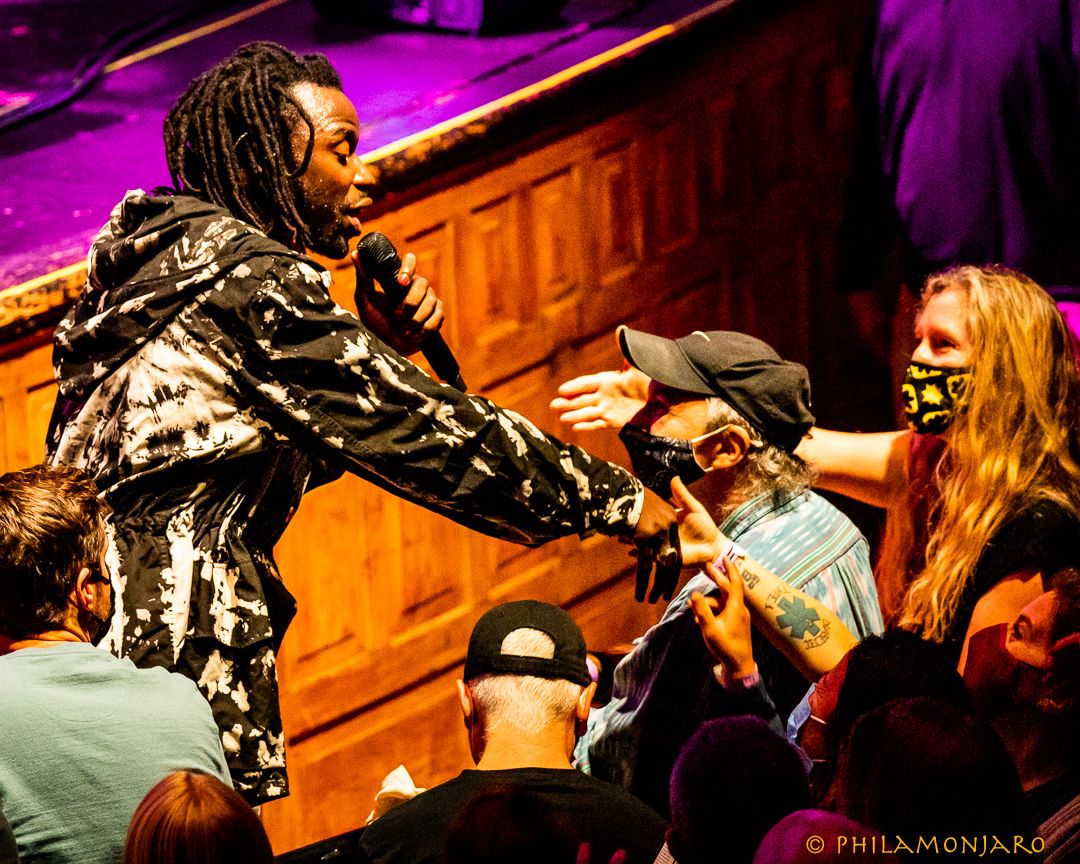 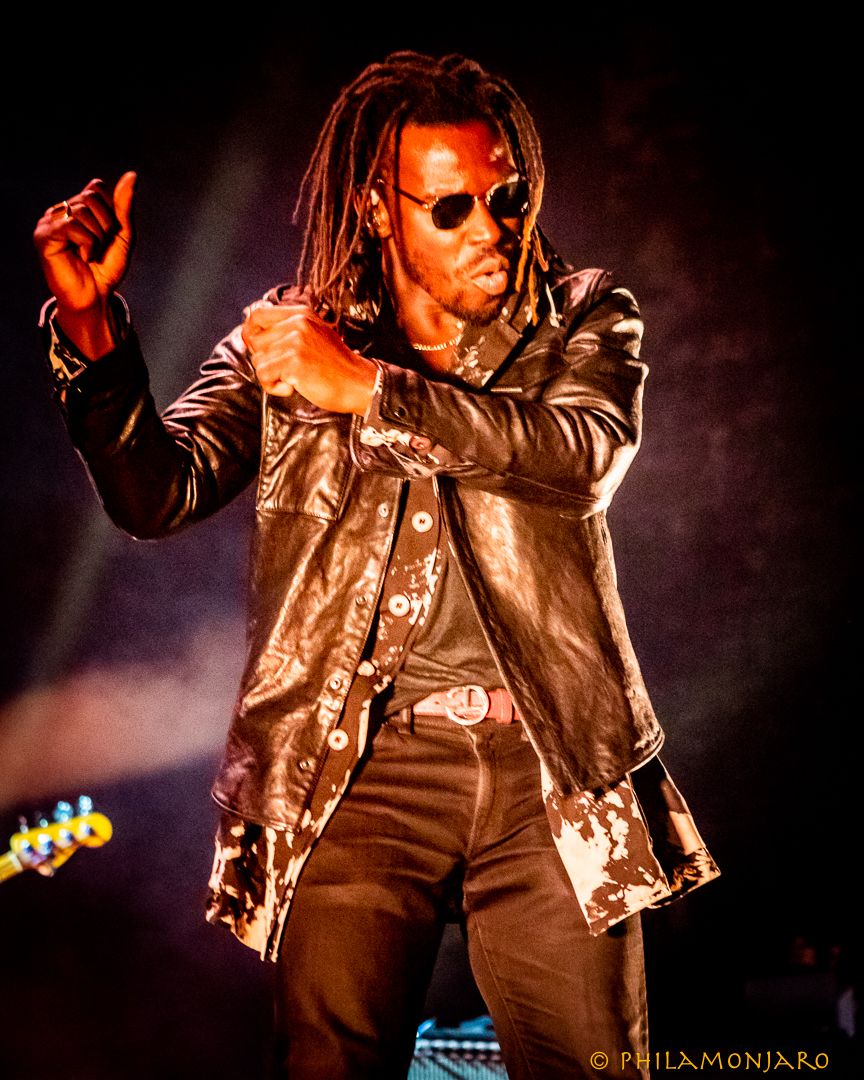 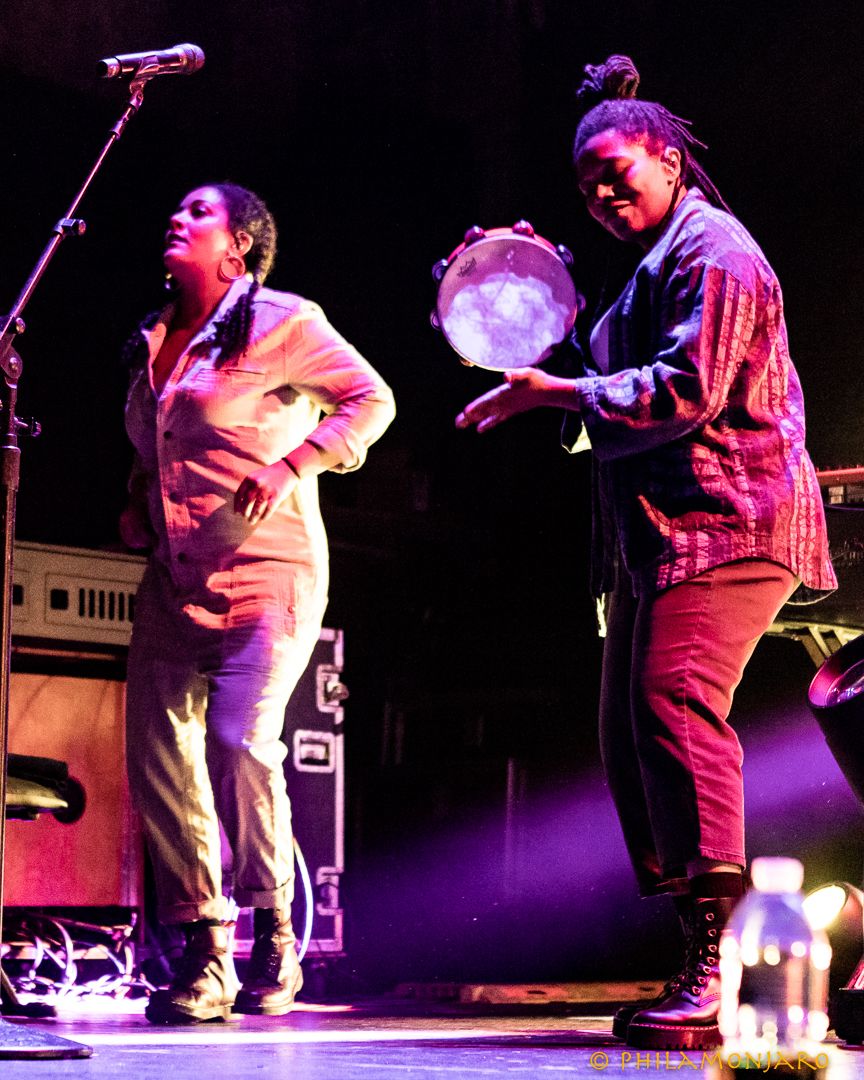 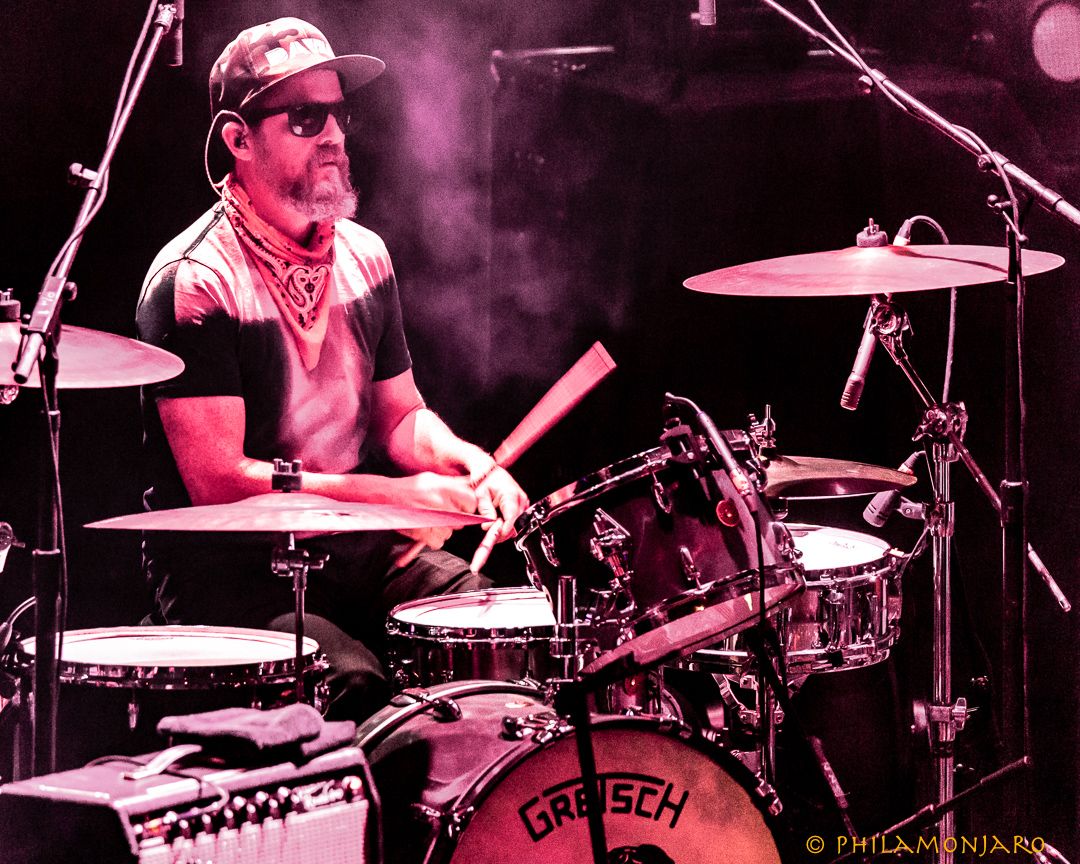 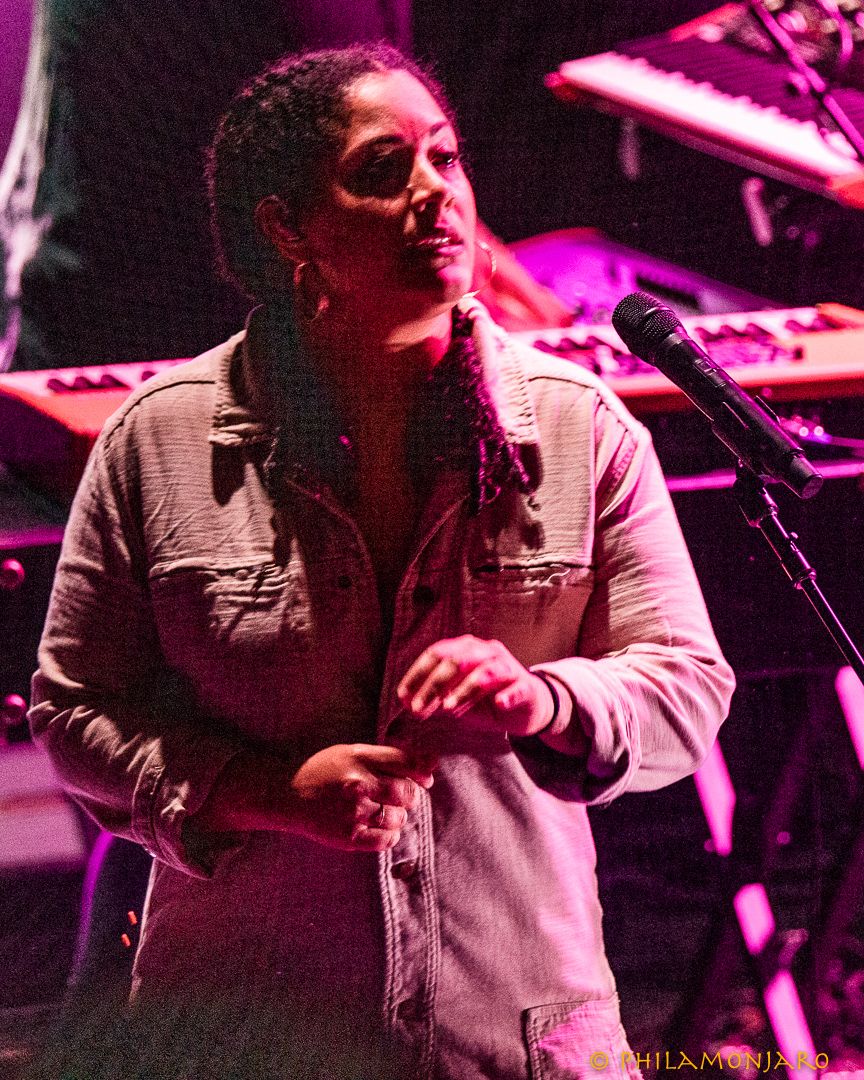 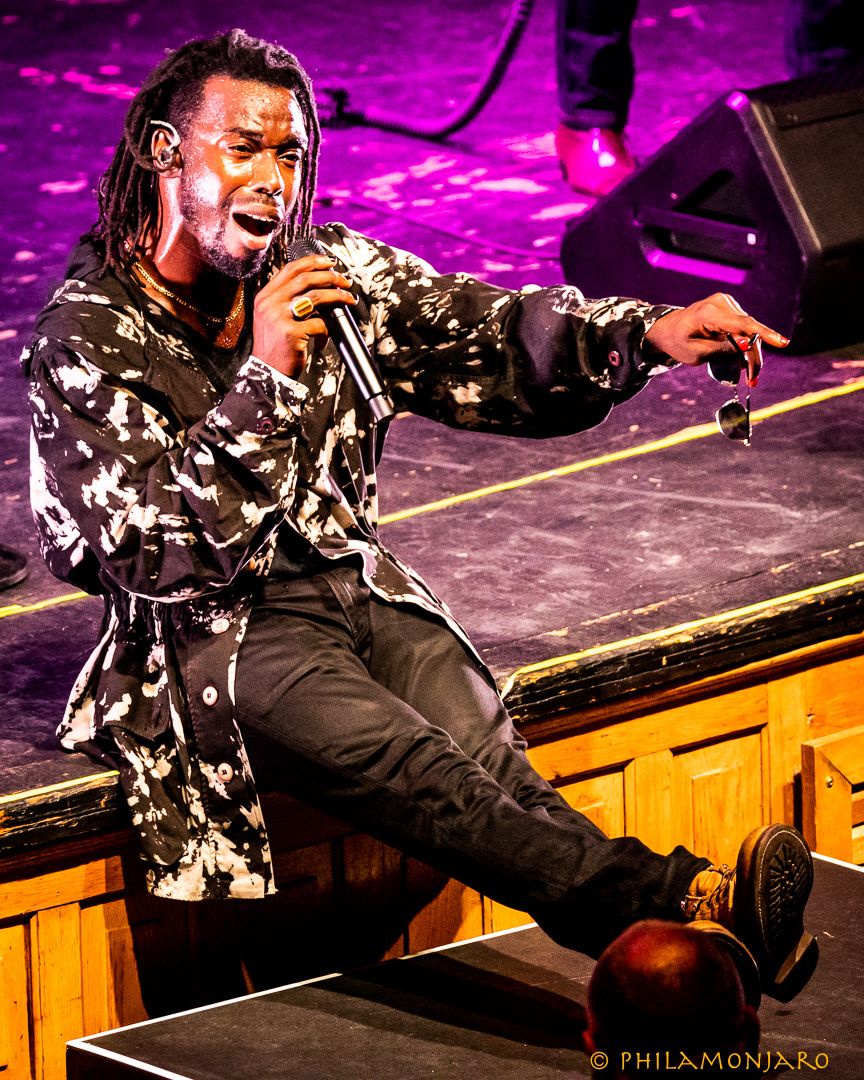 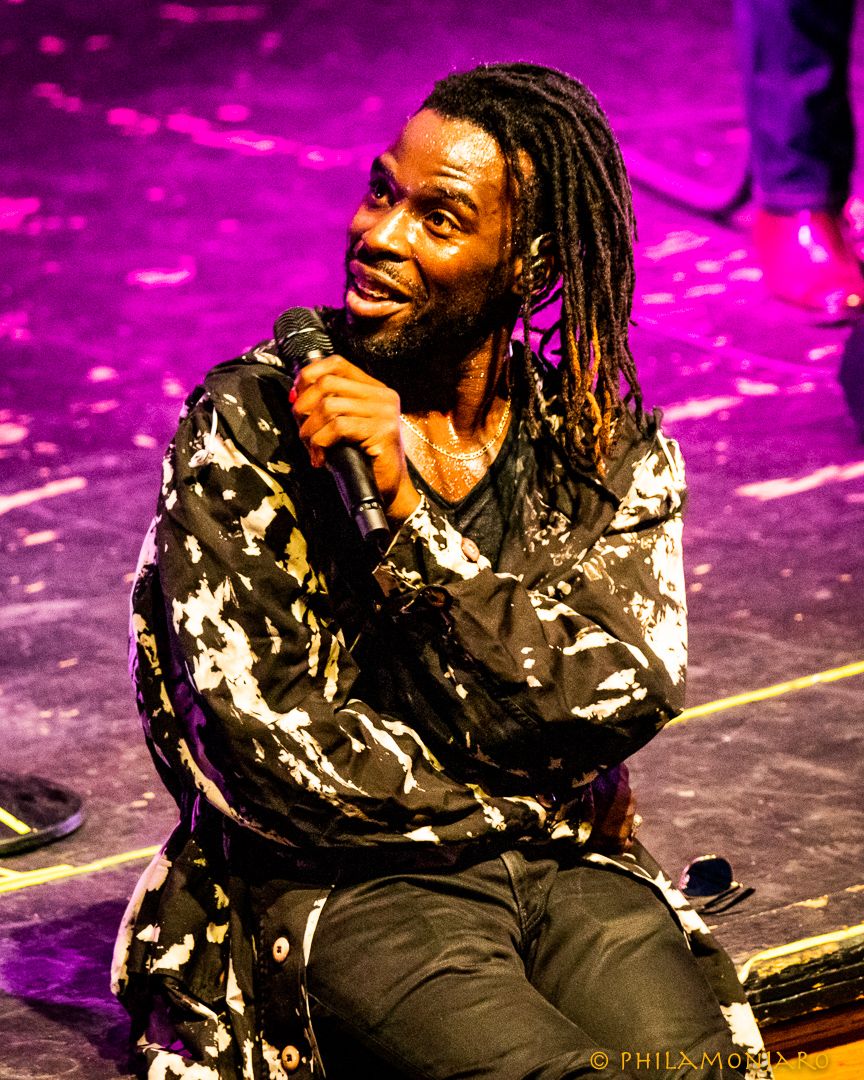 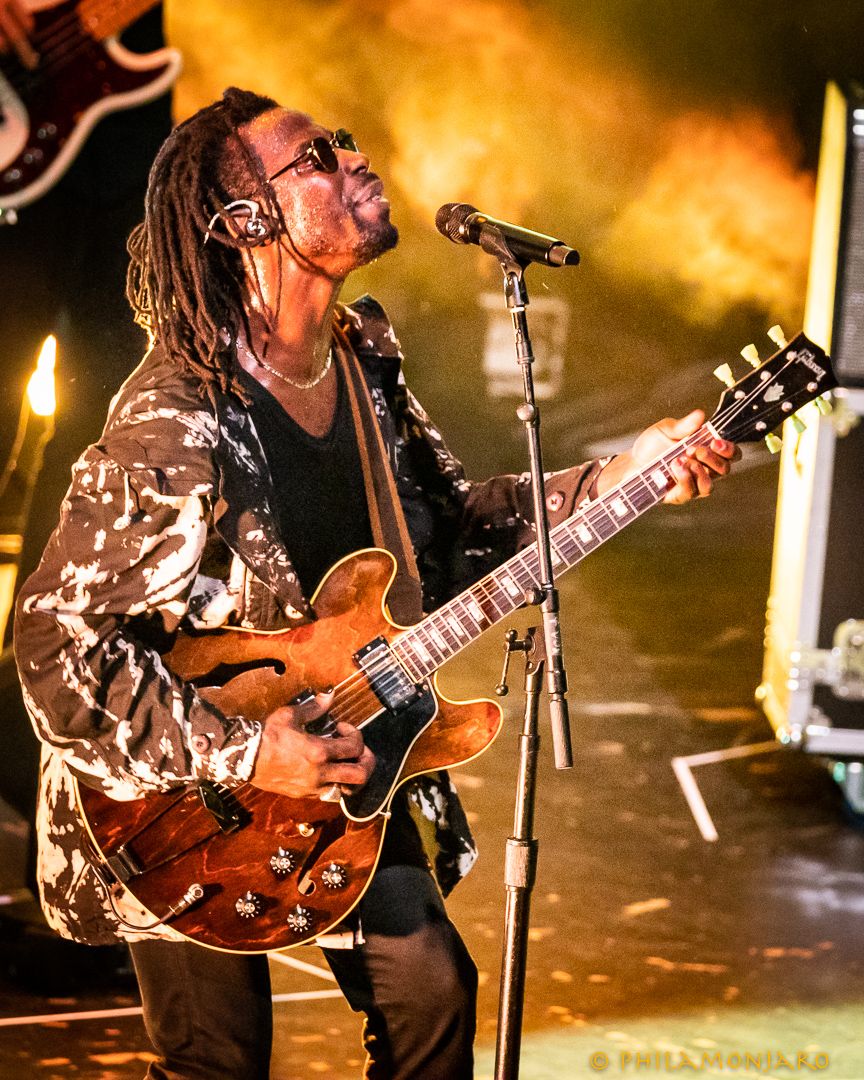 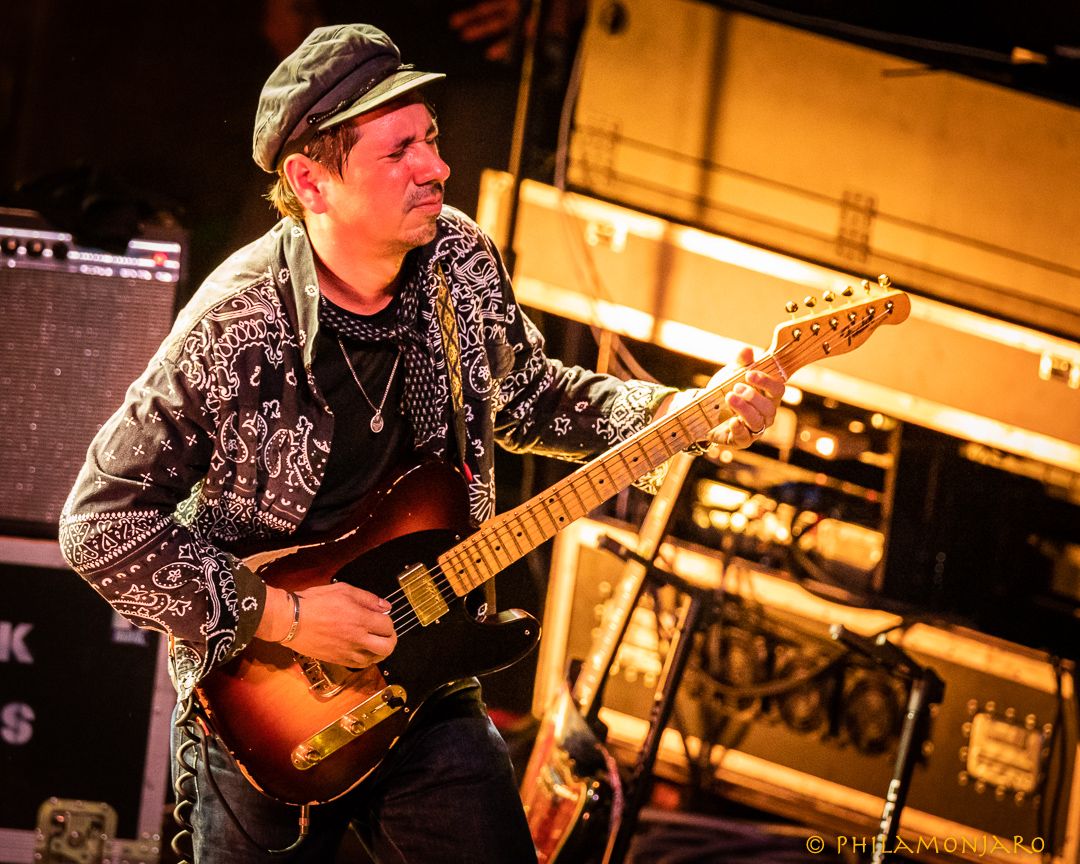 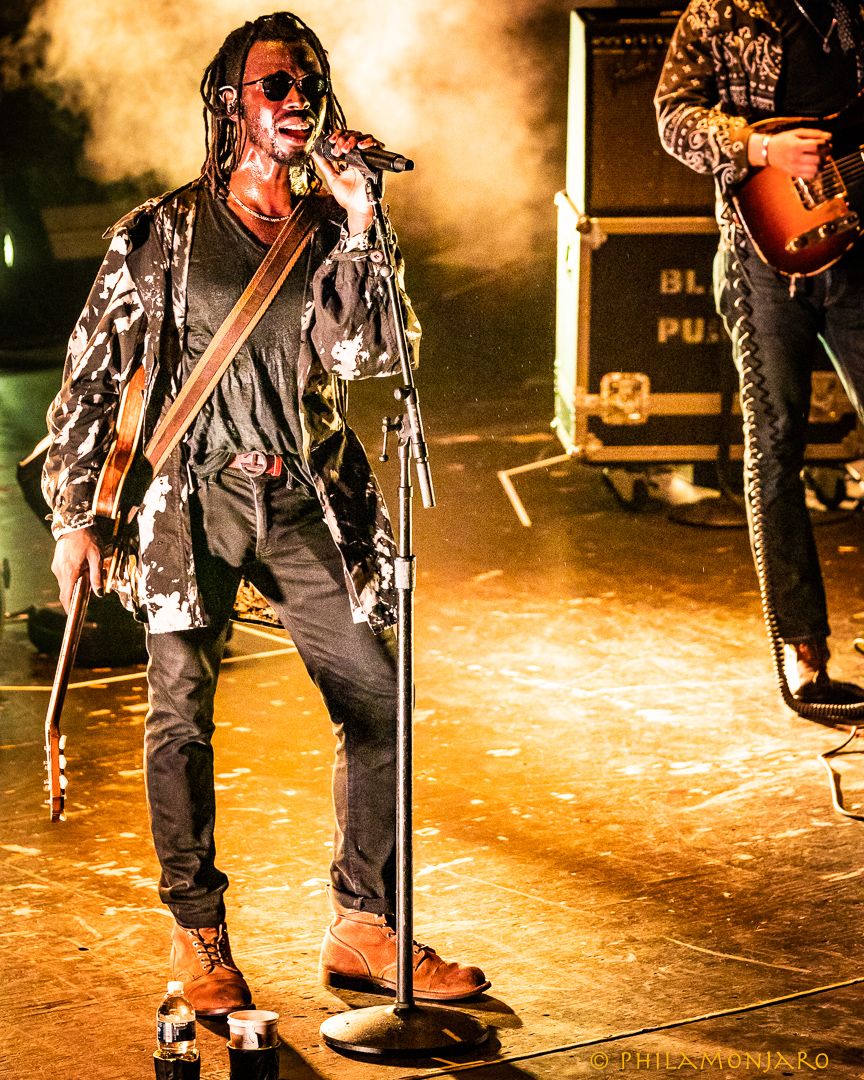 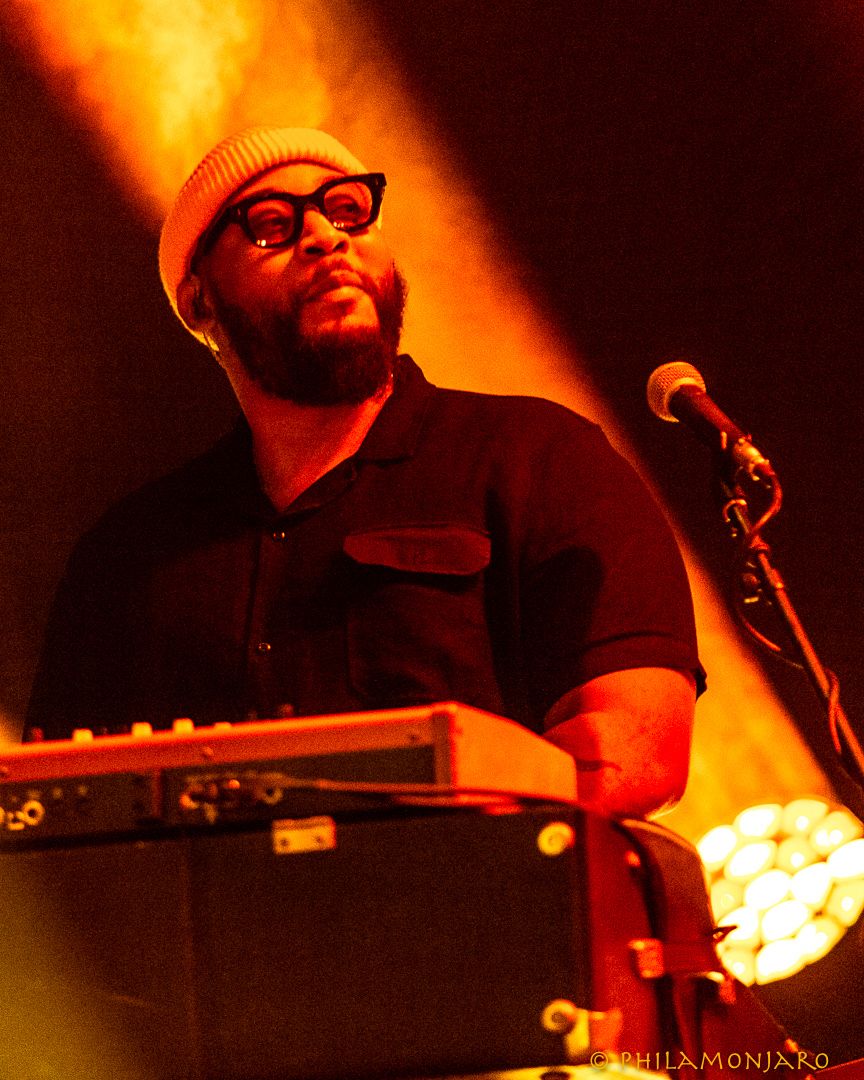 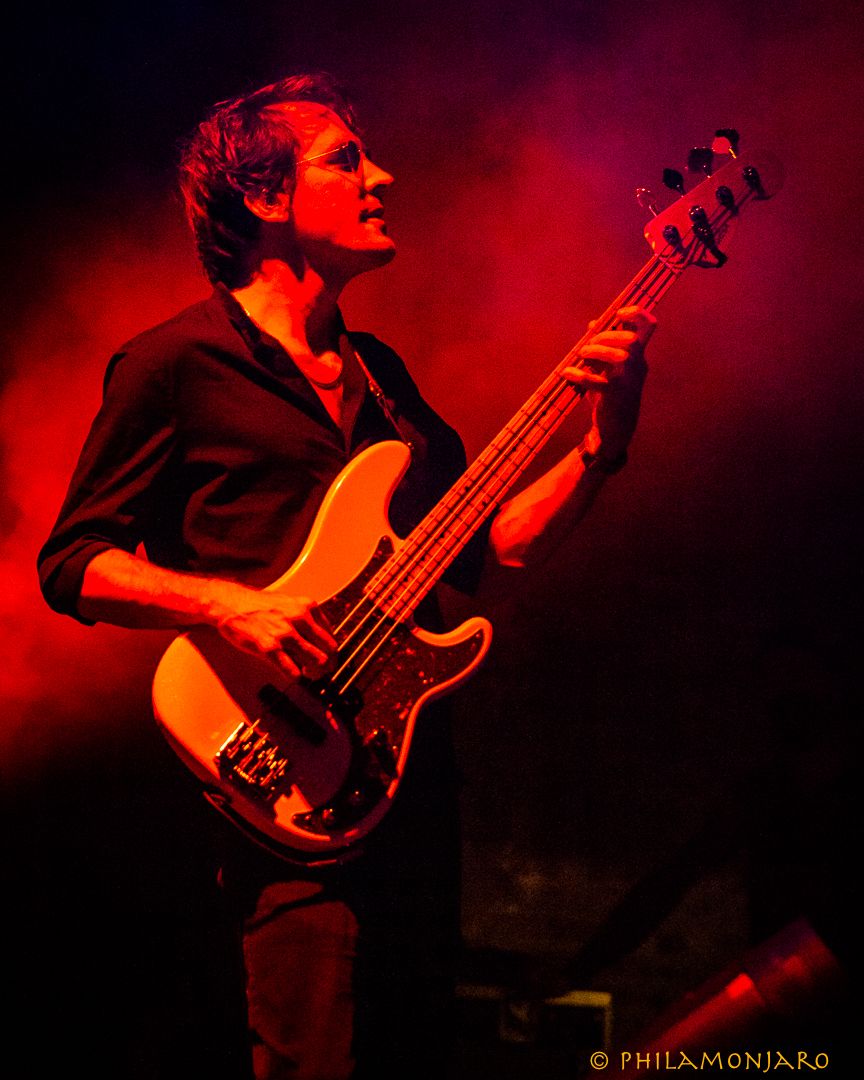