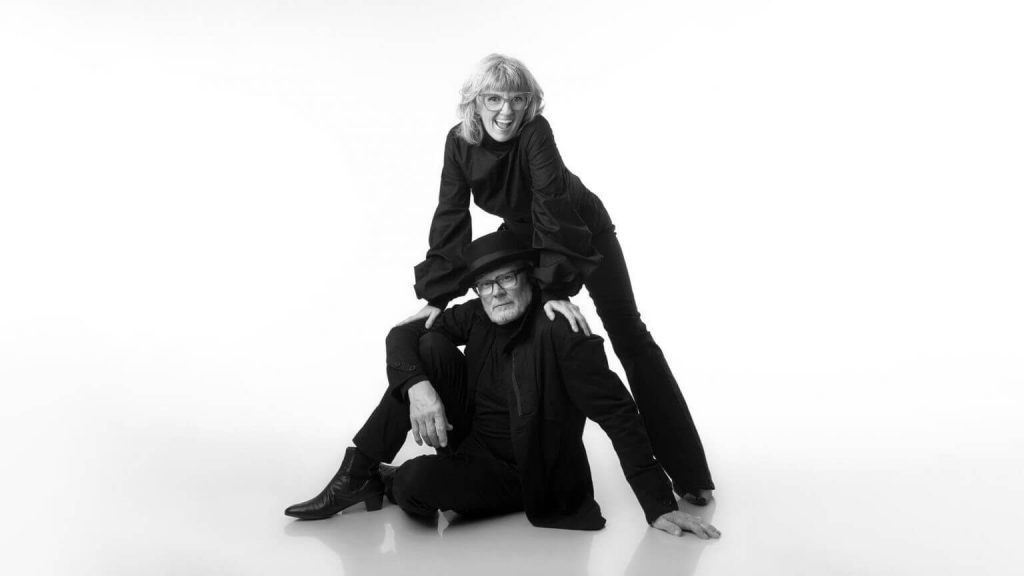 British Blues Award nominees Starlite Campbell Band are on week six of their European tour. Not a bad place to be when their album The Language of Curiosity gets released today via Supertone Records.

The core of the group are Suzy Starlite and Simon Campbell who fell in love on stage and married following a whirlwind musical romance. Their combined songwriting skills along with unique, British blues sound have made Starlite Campbell Band one hot ticket.

Their sound takes its cue from British blues masters and rockers of a previous age, but Starlite Campbell breathes new life into it, making for a modern day sonic boom.

“Distant Land,” kicks the album off with a bit of Spanish flair. Campbell’s rocking guitar and vocal headline the track over Starlite’s rock solid bass, and beautiful vocal harmonies. “Gaslight” is their rocking answer to all the fake news and truth blurring from the powers that be. A straight-up early ‘70s rock ‘n roller it features a rich Motown-esque groove from Starlite on bass, good-time Wurlitzer electric piano from the Italian stallion Gabriele Del Vecchio and a foot-tapping four-on the floor groove from Steve Gibson on drums.

Starlite Campbell continues full-tilt into the title track. The couple’s combined vocals are crisp and powerful throughout. “Bad Time” delves more into their early British blues realm, with Campbell taking on the lion’s share of the vocal duties. “Said So” is pure, power rock and while “Stone Cold Crazy” shares its title with the 1974 Queen classic, that’s where the similarity ends. The Starlite Campbell song has a funky, Aerosmith-esque quality to it, making not only catchy, but very danceable.

“It Ain’t Right” slows things down a bit with Starlite taking on the lead vocals in a soft, gentle way that gives us a chance to breathe. “Lay it Out on Me” is slow-burn blues reminiscent of the late, great Gary Moore. The album closes with “Ride On Cowboy,” that starts out rather folksy, but builds into a nice, mid-paced song that really shows off Starlite’s vocal abilities.

The video we’re premiering today is center track, “Take Time to Grow Old.” The Peter Green-ish track is beautifully recorded, and is more about attitude than age. Videographer Amanda Naughton once again captured some beautiful moments on film to help tell the story. Featuring Steve Gibson on drums and Gabriele Del Vecchio on Wurlitzer electric piano, you’ll want to play it again and again.

There is no sophomore slump with Language of Curiosity. Starlite Campbell Band have stepped up their game, and their sound, taking their British blues/rock to a whole other level.