American music has long been defined as a highly energized, rhythmic music derived from the blurring of lines between popular and “serious” styles, which originated in the U.S.–from hip hop and rap to country, blues, soul, and rock ‘n’ roll. This concept has been historically best understood by musicians from other countries and most notably those from England, who brought us the British Invasion of the 1960s.

Three-time British Blues Award nominee Mississippi MacDonald is a leading force in the next generation of players, who demonstrate a high level of comprehension of organic American music styles and the fluency, commitment, and internalization needed to weave them together. His sixth album, Do Right, Say Right, is an energized and authentic set of eight originals and one cover of soul-infused blues that is another benchmark on a quest that began as a 12-year-old kid seeing Chuck Berry perform. 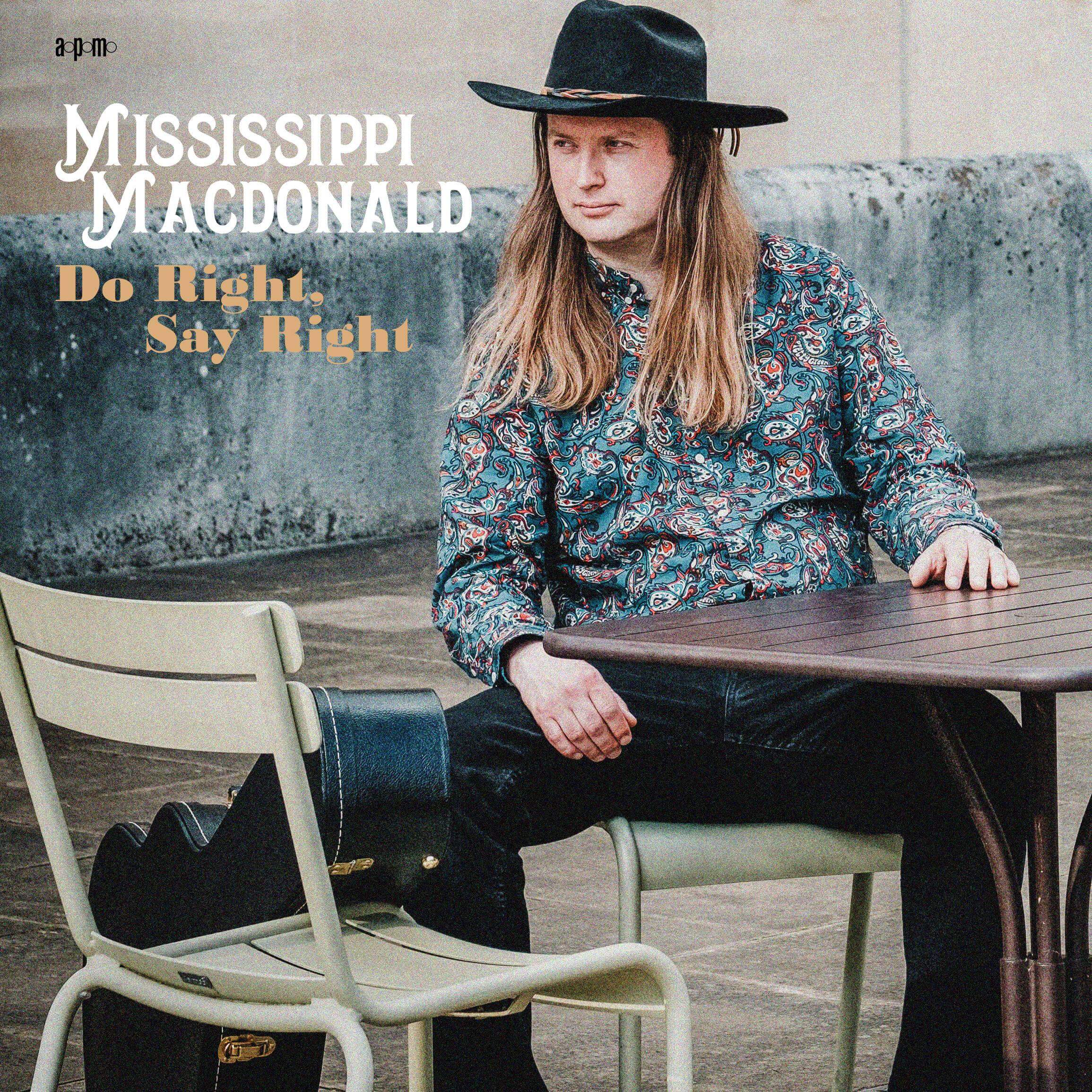 MacDonald is backed by a tight four-piece band made up of Phil Dearing on keyboards and guitar (who produced the album at L Sound in London) with Elliot Boughen on bass, Mark Johnson-Brown on drums, while Lucy Dearing adds backup vocals; a veteran crew of musicians who intuitively create the sound MacDonald is seeking.

“It’s modern; it’s not musical archaeology,” says the London-based soul-blues stylist of his music. “It celebrates a fantastic tradition. It’s soul-blues, and you’ve got to put your best into it.”

MacDonald knows that tradition. He’s been to Al Green’s church and heard him preach. He’s been to Willie Mitchell’s Royal Studios in Memphis, where the great records on the Hi Label were recorded. He’s seen Jerry Lee Lewis kick over his piano stool. He’s met B.B. King and Pinetop Perkins, Otis Clay, and Sam Moore. Big Joe Turner told him to listen to Albert King. In 2008, he was a prime mover in finally getting a stone for the previously unmarked grave of soul legend O.V. Wright.

But it’s with his own music that MacDonald hits most directly. Sure, he’s been to America to find the sources of his inspirations. That even got him his name. At school, he was the only kid anyone knew who had been to America, so was dubbed Mississippi. He’s received three British Blues Award nominations. He’s hit the top spot in the UK Independent Blues Broadcasters Association’s charts. He’s had the support of Paul Jones on BBC Radio 2,and thumbs-up from Blues Magazine in The Netherlands and the Washington Blues Society.

The easy swinging “I Was Wrong” opens the set with MacDonald confessing his love punctuated by hot horn jabs. The Chicago shuffle,“I Heard It Twice,” recounts his break-up tirade with a woman, who rips apart his credibility as a “real blues man,” while he pours his angst into his guitar. The edgy, burning, funky “It Can’t Hurt Me” is the tale of a man done wrong determined to get vengeance highlighted by ice pick Albert Collins-styled guitar leads.

“Drinker’s Blues” is a loving tribute to B.B.King’s first hit “Three O’Clock Blues,” with MacDonald emoting the legends vocal and guitar style with devotion and respect.

The complex gospel infused blues of “Let Me Explore Your Mind” evokes another of his heroes, the southern soul singer O.V. Wright, for whom MacDonald teamed with others to purchase a gravestone. Texas Blues “That’s It I Quit” spells out the hard life of a working musician with tongue firmly embedded in cheek. The piano-driven slow blues,“If You Want A Good Cup Of Coffee,” is a glorious exploration of word play that fuses modernisms with folky colloquialisms and features a soaring guitar solo. He digs even deeper on “Keep Your Hand Out Of My Pocket,” a classic twelve bar about hard luck and trouble asking the question “how wrong can one man get?”

The finale is a piece of the soul blues lexicon that has been bandied about for years, as MacDonald takes on the Little Milton version of the Denise LaSalle number “Your Wife Is Cheating On Us,” a bump and grind blues concerning the infidelity among fellow adulterers.

Ultimately, it is not about the ingredients. It’s about the stew, how everything melds into one unique flavor  -a flavor unique to Mississippi MacDonald. Do Right, Say Right is a strong album from a strong “real bluesman.”