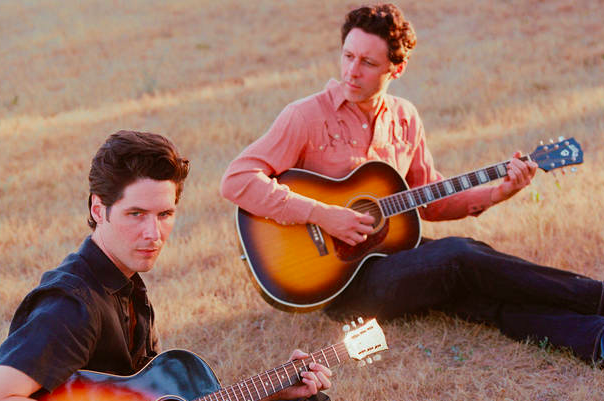 Today Minneapolis-based duo The Cactus Blossoms shared their new track “Hey Baby,” along with the announcement of the album One Day, out February 11th.

The brothers — guitarists and singers Page Burkum and Jack Torrey — built a faithful following in the years leading up to their first national release, 2016’s You’re Dreaming, produced by friend and tourmate JD McPherson. Following the release, they played dates with Kacey Musgraves, Lucius, and Jenny Lewis — who is featured on the Cactus Blossoms track “Everybody.” The harmonizing duo drew the attention of filmmaker David Lynch, who featured them in the 2017 season of Twin Peaks, where they performed their song “Mississippi” at the roadhouse.

One Day was recorded and mixed by long time collaborator Alex Hall using a mobile rig in Page’s Minneapolis basement. “Hey Baby” is a classic-sounding song for the open road and, as it happens, wouldn’t be out of place on an album like Tom Petty’s Highway Companion. Check out the visualizer below.