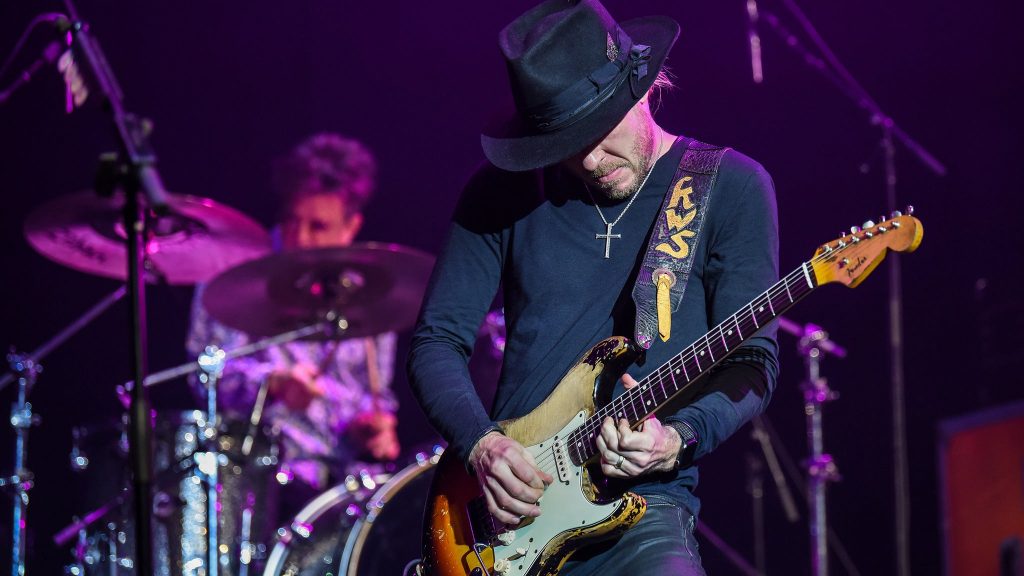 In 1997 rock and blues music fans were impatiently waiting for the sophomore release by, what the press still referred to as, a teenage phenom. On October 7th the world finally heard Trouble Is… by the Kenny Wayne Shepherd Band and it demonstrated to the press and public alike that Kenny was an artist with a boundless future ahead of him. 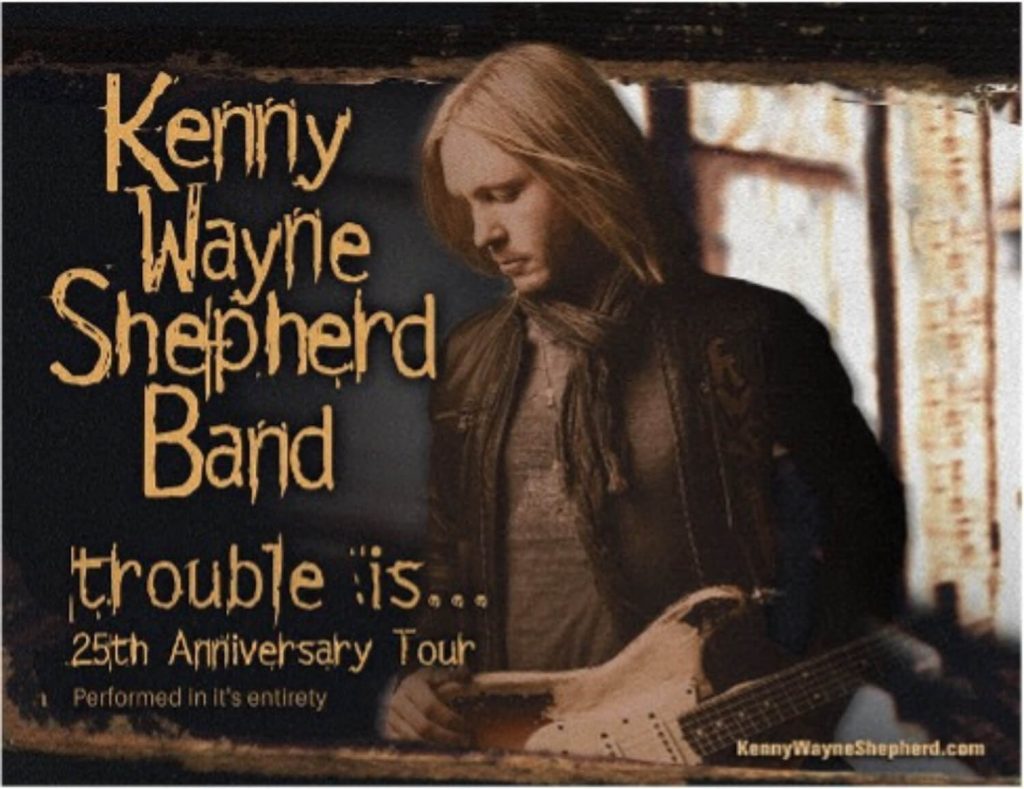 In 2022 rock and blues music fans will be able to see The Kenny Wayne Shepherd Band perform Trouble Is… in its entirety in select markets around the country. The Trouble Is… 25th Anniversary Tour dates will kick off at The Strand Theatre in Shreveport, Louisiana – the very same theater they celebrated their inaugural record release of Trouble Is… 25 years before and work their way around the country. The February 12th show will be streamed and later in the year will be released on DVD/Blu-Ray along with a very special Anniversary Package celebrating its 25th birthday.

After the wildly successful debut of his first platinum selling album, Ledbetter Heights, Shepherd set out to write and record his second album. “No one was expecting me to match the success of Ledbetter Heights, but when we got into the studio and the album started coming together, we knew we had something really special.”

Despite a select few (very few) critics, who tried to dismiss Shepherd as a “flash in the pan” due to his age, radio stations across the U.S. added song after song to their playlists – in heavy rotation – and the fans devoured the music. Trouble Is… went on to sell over 1,000,000 copies in the U.S. and was certified Platinum by the RIAA. It featured 4 top ten hits, “Slow Ride,” “Somehow, Somewhere, Someway,” “Everything Is Broken” and of course, the #1 Mainstream Rock hit “Blue on Black,” spending an astonishing 104 weeks on the Billboard Charts. Shepherd won two Billboard Music Awards, including for Rock Song of the Year, and received his first of many Grammy nominations. Twenty-five years later, Kenny Wayne Shepherd is still releasing groundbreaking music, accumulating awards, touring the world and performing for ever-expanding audiences while those few critics have likely found new career paths.

Shepherd is over two decades into a recording career that began when he was just 16. He has sold millions of albums worldwide and, in addition to his five Grammy nominations, he has won two Billboard Music Awards, a pair of Orville H. Gibson awards, the Blues Foundation’s Keeping The Blues Alive award and two Blues Music awards. He’s had nine #1 blues albums and a string of #1 mainstream rock singles.

Trouble Is… was produced by Rock and Roll Hall of Fame inductee Jerry Harrison and was the beginning of a long-term collaboration between Harrison and Shepherd. The album also features musical powerhouses including Chris Layton, Tommy Shannon and Reese Wynans as well as James Cotton.