Mason Jennings Talks About Being ‘On The Brink’ 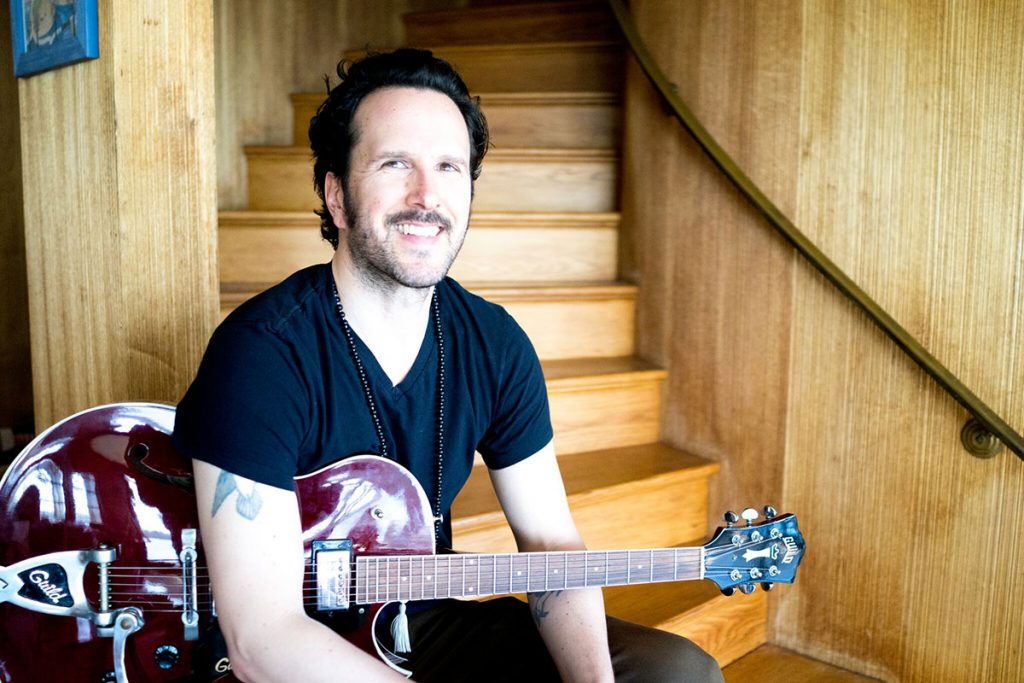 Mason Jennings has been recording and releasing albums since 1997.  He is far from being a household name and more’s the pity. The quiet, unassuming singer/songwriter has a voice that is soul-soothing, and his phrasing is reminiscent of another Minnesotan by the name of Bob Dylan. He does have a rather devoted following, has toured nationally, appeared on Conan O’Brien’s show, and as for Dylan… Well, Christian Bale lip-synced to Jennings in the Dylan inspired 2009 film I’m Not Here. 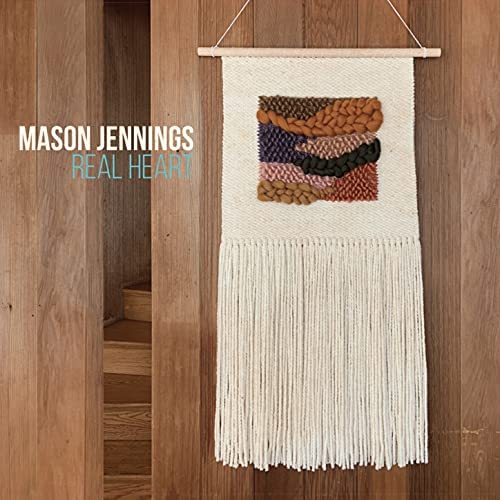 Jennings refers to it as “the unabashed folk record that I have been wanting to make for years.” As for why he didn’t record an album like this sooner, the time just wasn’t right and circumstances had not conspired yet to bring all the elements for the album together.  And it might not have happened now if it weren’t for Gossard’s vision.  Jennings had laid down acoustic guitar and vocal tracks and sent them to Gossard with the idea that the guitar tracks would be muted and the album would be electric. Gossard said the acoustic had to stay because the recordings sounded like “a kind of love letter to the guitar and musical intimacy.”

“The major sonic theme (of Real Heart) is the guitar,” Jennings said. “It’s definitely an acoustic guitar record. But topically it is just individual songs.”

The first track from the album, “On The Brink,” was released in late October.  It is a song that was many years in the making.  With lyrics like “There ain’t no love like a phony love.  There ain’t no lie like a holy lie” and “When the kingdom starts to crumble the prophets take it hard”, Jennings appears to be taking a jab at televangelists. The video seems to support that view.  The song is much broader, he told me. It is more of a response to people Jennings met along the way.

There are people who would use an approach of spirituality – “God has plans for you” – or the words “I love you” for their own manipulative gain.  “I am a very open and trusting person and what I’ve had to learn the hard way over the years is that some people have really dark and selfish motives and they will use a person’s empathy and openness as an entry point for their own agenda.  In other words, I’ve had to wake up and learn better discernment.”

Despite those around him with hidden agendas, Jennings’ songs tend to be optimistic in tone. So when “On The Brink” reminds us we are only as strong as our weakest link, perhaps it is giving us a tiny ray of hope. We stand together on the brink. But is it the brink of destruction or of a new era of prosperity?

There are some songs from Real Heart that in whole or in part are inspired by his wife, Josie. “Tomorrow” is a bright and lively song about the beauty surrounding two lovers from which a new tomorrow can be built. “I Feel Loved” is a mellower tune recounting all the little things partners do that make each other feel love.  And then there is “Second Life,” which is “partly about Josie and partly about sobriety.”

Sobriety is a subject Jennings is very open about.  His sobriety started a little over ten years ago though he admits he slipped for a time.  It has been four years sober for him now.  Overall it has been a positive experience for him made easier perhaps by the happy coincidence of meeting Josie “about a year into that.”

“I feel very grateful for the relationship,” Jennings says.  It is a simple statement but one that expresses a very deep appreciation.

I was interested in how Jennings found inspiration for his songs.  He told me he will sit down and play the guitar and the lyrics will just come to him.

“Yeah. Oftentimes I don’t even realize I’m writing,” he told me. “Usually I’m just playing and then a couple of hours will go by and I’m like ‘Whoa!  I guess I’m singing a new song that I wrote!’” He laughs when told many of us wish we could write that easily. “I feel really grateful for it. I mean I’ve been doing it since… I don’t know. Twelve or thirteen.”

Once the song is complete, Jennings doesn’t write it down. He just commits it to memory. “I never write anything down. The only time I every write lyrics down is when they want them for the liner notes on the album. Then I will record them within a couple of weeks of writing them. I’ll just record them on my computer.”

Jennings sent eighteen or so tracks to Stone Gossard who then whittled them down to ten for the Real Heart album. Jennings felt good about the selection and was happy to go with those ten.  The others may show up in a future album. As for Bob Dylan, Jennings says his songs have sometimes – “here and there” – drawn comparisons to the folk singer’s early works. It is a comparison he appreciates and describes simply as “cool.”

Real Heart will be out in February 2022. But Jennings also has another album coming out in April 2022 with the band Painted Shield. We already look forward to talking to Jennings about that experience when the time comes.