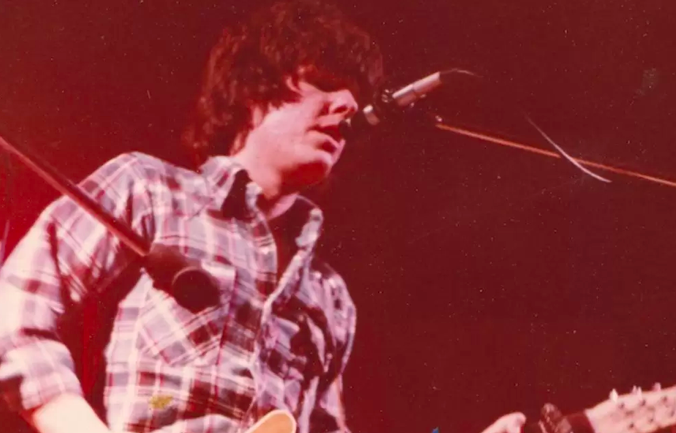 In Winston-Salem, N.C., the late guitarist Sam Moss is a legend. A superior, highly versatile musician whose advocacy for the blues and 1960s mastery of the nuances of electric soloing somewhat paralleled Mike Bloomfield’s in Chicago, Moss was an inspiring, charismatic mentor to generations of North Carolina rockers, including Let’s Active and The dB’s. Southern Culture on the Skids’ Rick Miller tells us: “Sam was one of the hippest guys we knew — our Guru of Groove, the Maharishi of Mojo.”

A larger-than-life character, Moss astounded local audiences in his club appearances, yet he never released a record in his lifetime. So producer Chris Stamey was thrilled to discover, in 2020, on the end of an old tape, forgotten masters of Blues Approved, a spectacular Stax – and Muscle Shoals–influenced solo record, made with Mitch Easter in 1977. This “great lost” record reveals that Moss was also a soulful songwriter and singer. It has now been carefully remixed and produced for release, with a deluxe booklet featuring detailed liner notes and bio, session notes by Easter, and lots of vivid color photos. Peter Holsapple (The dB’s) explains: “Sam Moss was an inspiration to so many of us; with the release of Blues Approved, now people everywhere will understand why.” 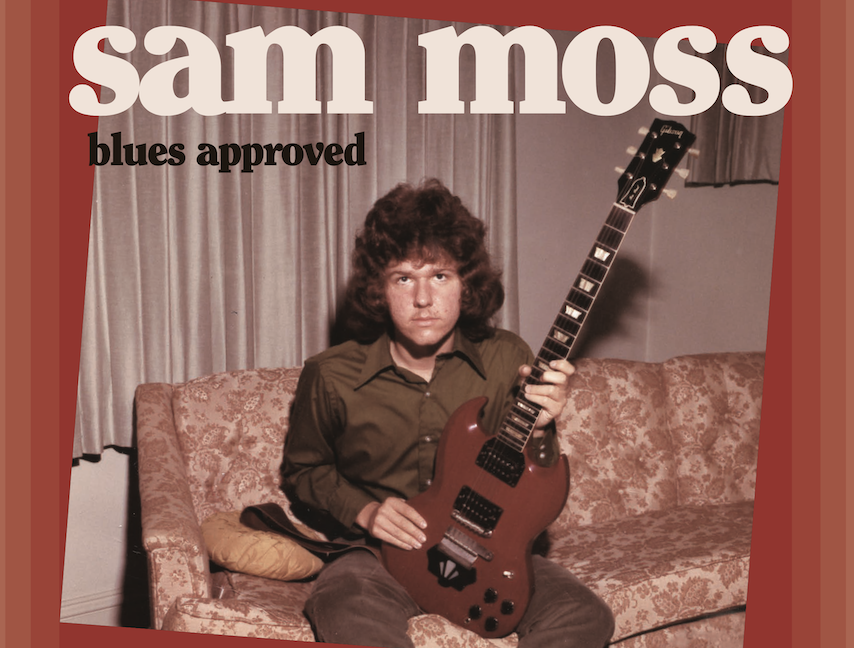 Moss had made the first of several trips to nearby Chapel Hill to record his own original compositions in early 1977, with old friend Easter on drums (and engineering). Mitch recalls: “I had a ‘studio’ in my house, meaning a Teac 2340 four-track recorder, three or four humble microphones, and for monitoring, the home stereo system. For extra-fancy sessions, I’d rent a Tapco six-channel mixer. . . . Sam came down with two or three guitars, his Fender Twin. I played drums and Sam played everything else. And it was a really good session! Sam wrote interesting songs that almost always had a blues angle, but he brought in a lot of elements from elsewhere. He was pleased with the results, so we met a couple more times that year and recorded an LP’s worth of songs.”

But the material then sat on the shelf, unheard, as Moss opened a vintage guitar store, selling internationally to rock stars and other celebrities for several decades.

Stamey felt that most of the material seemed fully formed on its own, despite the limited recording options then available, but for a few tracks — the openers “Rooster Blood” and “King of My Hill,” and the Stonesy “Vida Blanche” — he enlisted the help of the Uptown Horns’ leader Crispin Cioe, a veteran of Rolling Stones tours whose Southern-fried additions on sax fit the material like a glove. And once a few later covers (created with Henry Heidtmann and Jay Johnson at Creative Audio/Turtle Tapes in the early ’90s) were added to the picture — including the captivating, bluesy spin taken with “Ain’t That Peculiar” featuring “Weso” Wesolowski on harp — the record was complete.

‘Rooster Blood’ was the first track I discovered, by accident late one night, at the end of an analog tape of old dB’s takes. As reels went round, and out came those groovin’ chords, that great feel . . . I remember thinking it was like being at the opening of King Tut’s chamber as the light hit; like walking into a new world.  And then Sam’s voice came in, and it built and built. We’d lost Sam in 2007, but here he was again, casting a voodoo spell from beyond the grave.

Then suddenly he was singing ‘Sometimes I think I’m blessed, sometimes I think I’m cursed,’ and I all I could think was, I’m the one who’s blessed here. I don’t know if ‘rooster blood’ is a New Orleans or Haitian reference or a Chinese ritualistic one; Sam was into so many things, could have been something totally different as well. His soloing is more restrained here than it often was on stage, but I think it fits the atmosphere perfectly.

I imagine everything on this was a first take, as well, given the very basic 4-track recording setup at Mitch Easter’s small house in the woods in 1977. I’m listening again just now, writing this, and I’m still getting chills.” – Producer Chris Stamey

Contemporary technology was used to reassemble the various generations of four-track tapes into first-generation sources, peeling back the layers to put the listener back in the room where it happened. The mono closing track, a teenage Moss in his first band singing Buck Owens’s “Act Naturally” in a church basement, was too cool not to include. And as bonuses, there are three additional surprises from the Turtle Tapes sessions: the Monkees’ 1967 hit “Pleasant Valley Sunday” (written by Gerry Goffin and Carole King) an instrumental of Pomus and Shuman’s “Can’t Get Used to Losing You,” and the Stones’ obscurity “Who’s Driving Your Plane?”

Easter: “I had a pretty good memory of this material, but when I actually heard it again I was delighted that it really is great.  Sam was always strangely unconcerned about stardom, but he was a star anyway.  When you play the record, you’ll see what I mean.” On July 30, 2021, the City of Winston-Salem honored Moss with a sidewalk star in the city’s Walk of Fame downtown.

Blues Approved will be released on CD and digitally by Schoolkids Records on January 28, 2022, with a vinyl edition to follow in early summer.