The Banjo And The Blues Today 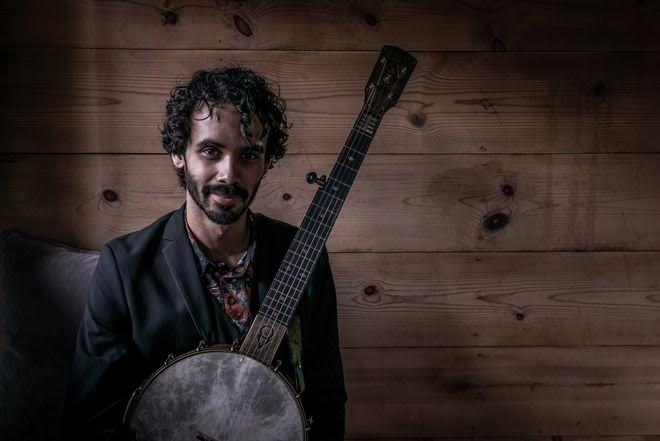 Veteran Chicago blues legend Otis Taylor is probably the best-known American exponent of the blues banjo alongside other black banjoists such as Guy Davis, Corey Harris, Alvin Youngblood Hart and Keb’ Mo’. Early in his career, Otis espoused the banjo in favor of the guitar because of its association with white bluegrass music and the derogatory black-faced minstrel shows of the 19th century.

“The banjo has become so closely associated with folk singers and bluegrass players. Over the years, the instrument just lost touch with its roots, and I’m just trying to re-establish that connection. I wanted to make an album that was historically significant, but at the same time, I didn’t want to make a record that that was too academic. It’s not a history lesson that needs to be pushed in anyone’s face. We just wanted to reconnect the music back to the people who brought it here in the first place.”

In May 2009, Taylor won a Blues Music Award for his banjo playing. By 2017, Otis recorded his most recent album, Fantasizing About Being Black with its seminal track, “Banjo Bam Bam.”

Indiana Poet Laureate Norbert Krapf applied for a grant to learn more about the banjo and to find out why blues musicians from the late 19th and early 20th century didn’t play the instrument. As Krapf explains:

One reason we don’t hear blues on the banjo has to do with the very nature of the instrument. As I’ve listened to old blues songs and tried to come up with ways to play, I’ve found that the banjo doesn’t create some of the sounds we’ve come to expect when we think of acoustic blues. Most people expect a hard-driving bass rhythm, often played with the thumb, to accompany either vocals or slide playing on the other strings.

But the banjo has a fifth string played with the thumb that’s higher than the rest that gives the banjo its characteristic sound. And the blues tends to have long, drawn-out sustaining notes. The banjo has a plunky, non-sustaining tone. Still, I believe the banjo deserves to be an instrument of the blues. Even its history could be a blues song! It is a soulful instrument whose sound can be haunting one moment, joyful the next.

The tone may not be what blues listeners are used to, but that difference breathes new life into old songs. It frees me to play them—and others to hear them—in new ways.  Songs from Muddy Waters’ “Can’t Be Satisfied” to Blind Willie Johnson’s “Soul of a Man” sound good to me on the banjo.

(From Howard Hewitt’s article ‘Where blues meets the banjo” in Wabash Magazine.)

One of the UK’s most accomplished and highly rated banjo players is Dan Walsh whose vast repertoire of genres includes roots and blues influences.  On “Time To Stay” from his 2015 Incidents & Accidents album (Rooksmere Records), Walsh expresses mixed emotions about moving back home to Stafford from his university city of Newcastle upon Tyne where he had lived and studied for six years.

Dan gives his personal take on the banjo and the blues:

“I love the blues and was far more excited about classical guitar lessons when my teacher gave me a book called ‘Diversions’ which featured several tunes in the blues genre. Translating it to banjo is something I find takes a bit of work. Although the blues influence in much of what I do is not hard to find, in terms of playing ‘straight ahead’ blues the lack of a bass end on the banjo creates a slight barrier.

I’ve always found playing straight solo blues on banjo difficult for that very reason but I have recently come up with several clawhammer banjo arrangements that utilise the ‘pinch’ which is normally a technique for bluegrass players. This allows me to get a bit of a bass line going, albeit one that isn’t in a terribly low range, which gives a feel similar to classic fingerpicking blues guitarists such as Mississippi John Hurt.

In addition, I always find banjo playing single lead lines in the blues style a little bit unsatisfactory – I can’t help but think it sounds better on guitar with its extra sustain. But on the flip side, clawhammer banjo has a brilliantly percussive feel so holding the rhythm is not generally much of a problem which gives me room to play some nice blues licks with the right feel.”

International touring artist and BBC Folk Award Best Musician Nominee Dan has recently released his first live album, Live At The Floodgate, which has garnered dazzling reviews from roots magazines due to its virtuosic banjo and guitar playing, innovative lyrics and powerful vocals.

“Still A Town’” is a song about urban development, the death of old town centers and the role of people power.

Braeden Lewis is an American banjo player, writer and tutor at Jam Along Music Method. He teaches funk, slow and ‘smokin’ hot’ blues and has just released a new album, Right Side Of The Dirt. Here is some funk blues jamming from Braeden:

Jake Blount is an award-winning banjoist, fiddler, singer and scholar based in Providence, Rhode Island. He is half of the internationally touring duo Tui, a 2020 recipient of the Steve Martin Banjo Prize, and a board member of Bluegrass Pride. Jake is a two-time winner and many-time finalist of the Appalachian String Band Music Festival (better known as Clifftop). Although he is proficient in multiple performance styles, he specializes in the music of Black and indigenous communities in the southeastern United States, and in the regional style of Ithaca, New York.

Blount enrolled at Hamilton College in 2013 and received his first banjo lessons from Dr Lydia Hamessley the same fall. He started to structure a course of study around the early traditional music of Black communities in the United States. Blount spotlights the often-overlooked African-American and indigenous roots of many fiddle and banjo tunes.

Jake’ seminal debut album, Spider Tales  (Free Dirt Records), was described by The Guardian as an “instant classic in the UK’s paper 5-star review which praises the stark themes of the two blues masterpieces. “On a languorous cover of Josie Miles’ vitriolic “Mad Mama’s Blues,” blood is “running through the streets.” Blount also covers Lead Belly’s “In The Pines,” entitled “Where Did You Sleep Last Night,” with an arresting new power, twisting the gender of its subject, and making it a song about homelessness.”