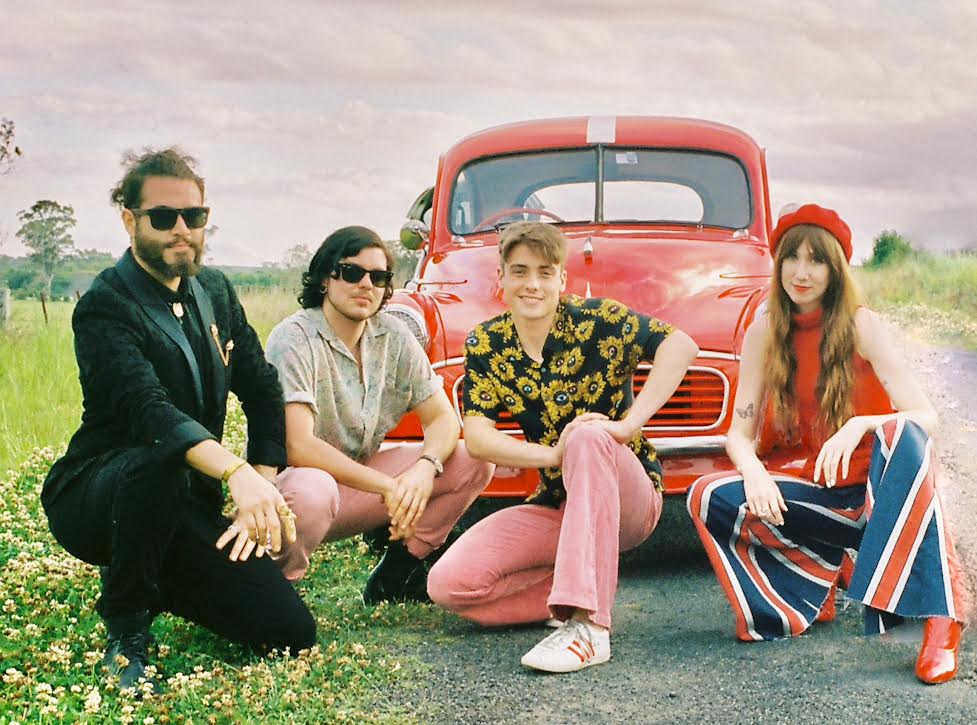 Chloe Kay and The Crusade are the newest blues rock band taking Australia by storm and with mentorship from Aussie icon Ross Wilson (Daddy Cool, Mondo Rock), great exposure from blues guitar royalty Joe Bonamassa, and encouragement from Derek & The Dominos’ Bobby Whitlock behind them, they’re ready to take on the world and give the blues a much-needed facelift!

24-year-old frontwoman Chloe Kay’s powerful and delicate approach to the blues is packed full of feel, ferocity, finesse, and vibrato good enough to make a grown man cry. The band features 19-year-old British guitar prodigy Ewan Lund who plays with all the passion and maturity of a man four times his age. Behind the kit is the stylish and seasoned blues drummer Garnet Meekings, Brazilian groove-meister Johnatan Fassio on bass, and the versatile and edgy Adam Fawcett on keys.

The Sydney-based group released their debut single “Just Got Burned” in February this year. The fierce, riff focused single was met with tremendous support, it received international airplay including Triple J (and was also added to the Roots n All Spotify playlist), the accompanying music video was added to CMT rotation, and Joe Bonamassa added the song to two of his Spotify playlists leading to a multitude of new fans worldwide. Triple J radio host Nkechi Anele dubbed the track ‘absolute fire’ and praised Chloe’s ‘powerhouse’ vocal.

After a delay in plans due to Sydney’s four month snap lockdown Chloe Kay and The Crusade are releasing their much anticipated second single “Brokedown and Broke” on December 10th — and today ABS is exclusively premiering this blues number that will make you groove. 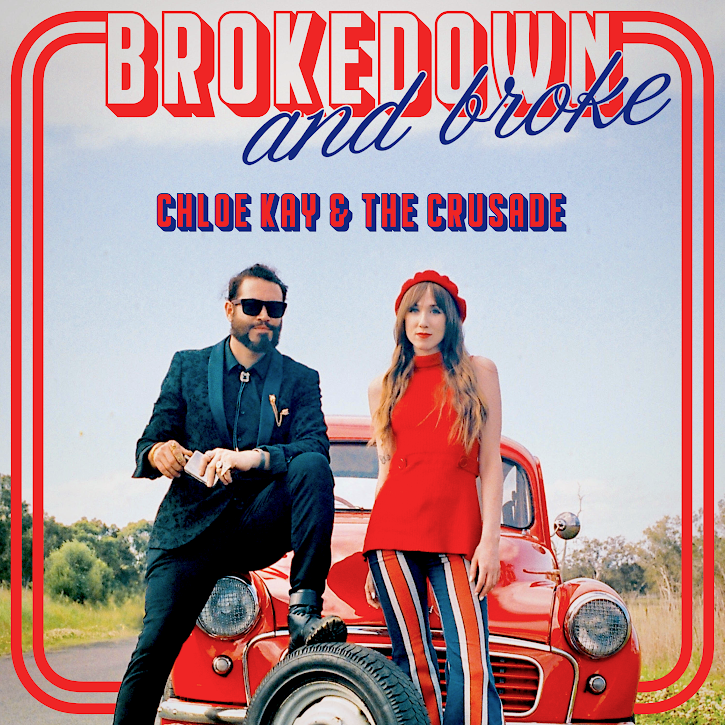 Chloe Kay was moved to write the track after Stevie Ray Vaughan and Double Trouble’s iconic drummer Chris ‘Whipper’ Layton recounted a story to her during an interview for ABS about him and Stevie overcoming challenges together to make it in time to one of their concerts.

Chris told Chloe, “We were going to do a gig early on and we left Austin, Texas and we were running late and Stevie decided he wanted to drive, so we were in his car a ’65 Chrysler New Yorker with our stuff in the back seat and the trunk…as we were turning the corner to go north up into the panhandle of Texas we blew a tire and Stevie didn’t have a spare. It was one of those moments where you look out and go ‘well, there are no cars at all’….”

“The story goes that he and I start jacking up the car, we take the wheel off, and push the wheel towards the gig for two miles or so, hoping we’d run into anybody. We happen to see a gas station open where the guy’s getting ready to leave, and he fixed the tire for us, and got it back on the car, we finally made it to the gig, as late as we were, we made it.”

“That’s a good story to me. Two guys standing there on the side of a highway out in the desert in west Texas going ‘well here we are by ourselves with no way to go anywhere, how are we going to move forward?’ Which is pretty poetic….”

The single was written with Brazilian guitarist Lucas Diniz in 2019 and what started as a funky riff on an acoustic guitar during an evening writing session soon took on a life of its own with whirling blues keys that dual with and perfectly complement the blues rock guitar solos, and Chloe’s punchy, powerful and undeniably sexy vocal performance.

We are proud to have Chloe as part of the ABS family. Check out her written works here.

Connect with Chloe Kay & The Crusade: