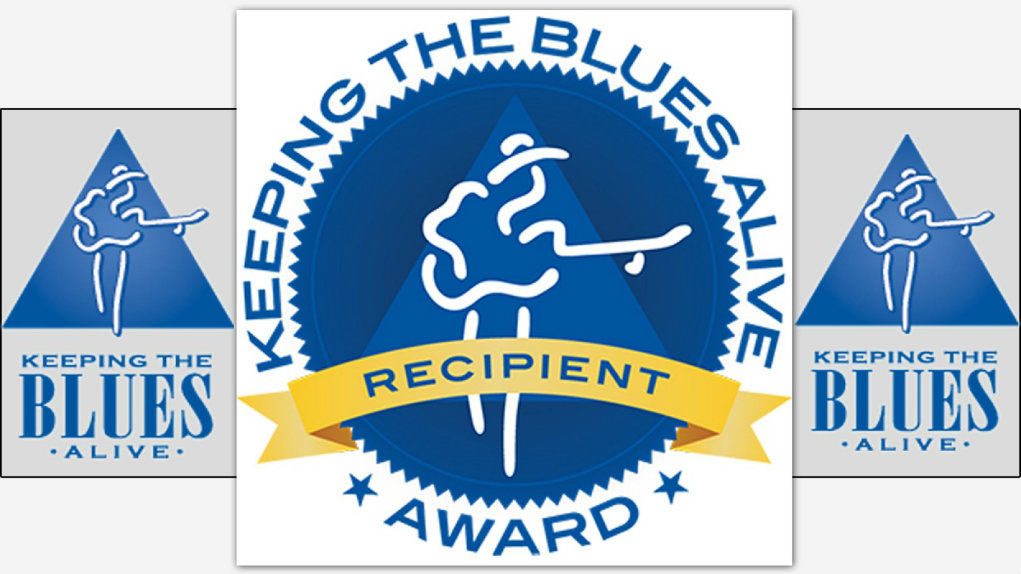 The Blues Foundation has announced the 2022 recipients of their coveted Keeping the Blues Alive Awards. Unlike the Blues Music Awards, the award recognizing the past year’s best in recordings and performance voted on by thousands of The Blues Foundation’s members, the KBAs are awarded to non-performers strictly on the basis of merit by a select panel of Blues professionals. 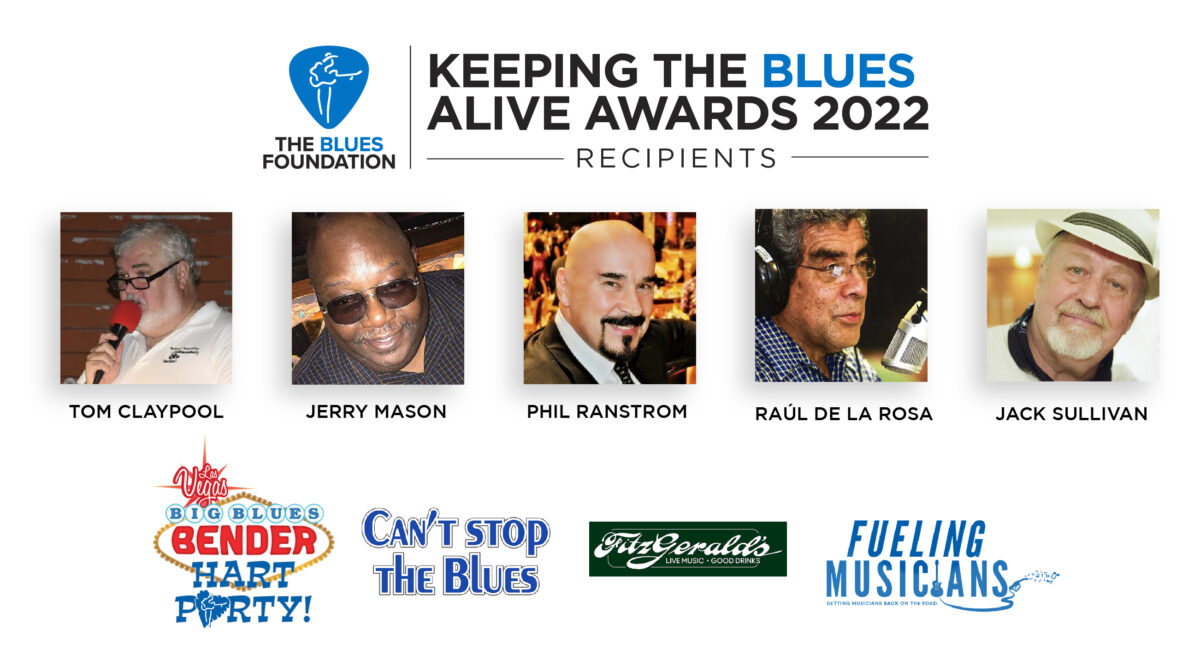 This year’s award winners are: 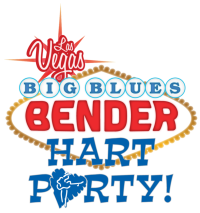 The Big Blues Bender is a 4-day music festival held annually in Las Vegas, NV. Each year the opening night is a fundraiser that supports the HART (Handy Artist Relief Trust) Fund. The Bender graciously donates all of the door proceeds towards the HART Party, as well as donating items for auction. In addition, many artists voluntarily donate their time to the cause because they have been recipients of the HART Fund grant. To date, over $200,000 has been raised by the Bender. A truly incredible support to the HART Fund program, this party helps reach a broader audience to inform them of these artist relief efforts. 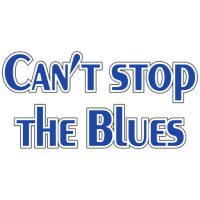 “Can’t Stop the Blues” (CSTB), was founded by Karen Gottheimer in March of 2020. The CSTB virtual concert series, streamed on Facebook and YouTube, created a groundbreaking and desperately needed virtual space for the blues scene, during a time when all live performances came to a halt due to COVID-19. Karen, with assistance from Judy Eliyas and a handful of other part-time volunteers, streamed over 8 shows a week for 13 months. CSTB broadcast over 450 performances, helping over 350 blues artists generate hundreds of thousands of dollars in tip revenue and merchandise sales from fans all over the world. At the same time, CSTB became a virtual community for over 50,000 blues lovers and artists. All CSTB shows are archived and accessible on Facebook and YouTube for the foreseeable future, providing a historical document of how the blues world survived through a most challenging time. 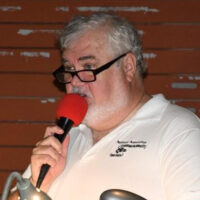 Fashioning his adult life around giving back to the music community, Tom Claypool has followed music for most of his life. Going to concerts and events eventually led to him hosting a blues show on WEVL FM 89.9, a non-profit, public radio station based in Memphis, TN. Tom has hosted on WEVL for 31 years, starting off playing blues then Cajun and Zydeco. For the last 17 years, Tom’s focus has been tunes from the Crescent City with his show New Orleans Big Beat that airs every Friday. Tom is no stranger to volunteering for The Blues Foundation; he’s worked with the International Blues Challenge for over 25 years, with duties ranging from MC to working in production; and 23 years on the Blues Music Awards production crew. For the past three decades, Tom has chosen to donate his time and talents to music organizations, music events, and public radio in order to give back to the community that first inspired him. 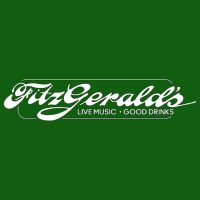 Since 1981, FitzGerald’s Roadhouse in Chicago has been a champion for all kinds of American roots music that has included a constant flow of top-notch blues artists. In 2018, Bill FitzGerald put the club up for sale, but only to someone who would continue to support American roots music in all its forms, including blues. It took a few years for Bill to find the right buyer. In a move that shows the club’s continued commitment to blues, the first annual Berwyn Blues Festival was held in September 2021. For decades, the club has prided itself on a first-rate sound system and sound mixers, professional staging, artist hospitality, and a great atmosphere for patrons. If you ask any artist who has played the club, they’ll tell you it’s among their favorites. These days, the club insists on proof of vaccination or recent testing to protect artists and guests. Between the club’s founder, Bill FitzGerald, and the current owner, Will Duncan, FitzGerald’s has been a welcome home to blues artists for 40 years. 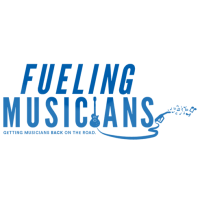 Award-winning blues guitarist Joe Bonamassa founded the Keeping the Blues Alive Foundation in 2011. The foundation aims to support arts and music education through grants, scholarships, and donations to schools, colleges, and other nonprofit organizations. One of the most notable programs funded by the foundation is the Fueling Musicians initiative, designed to provide critically needed assistance to musicians whose income has been eliminated by the COVID-19 pandemic. Since its inception in 2020, this initiative has raised over $500,000, distributing over 300 cash awards. Fueling Musicians has attracted the attention and support of Gibson, Fender, Guitar Center, Ernie Ball Music Man, and George Thorogood and the Destroyers. The foundation is not only recognized by the Internal Revenue Service but also accredited by the Florida Nonprofit Alliance and GuideStar, which has helped garner substantial donors and invaluable partners. 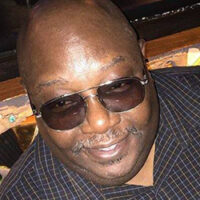 Following his 22-year-long career in traditional radio, Jackson, Mississippi-based entrepreneur and promoter Jerry “Boogie” Mason built a network of traditional and new media connections via e-mail, print advertising, and social media, to promote blues, Southern soul, and other genres of music rooted in communities of color. His email blast, The Boogie Report, continues to alert the world’s blues communities with up-to-date information on the latest recordings, tours, emerging artists, and cultural opportunities amidst the COVID-19 pandemic. Through Mason Media Services, Jerry aggregates relevant material from various social media and local community websites to provide a forum for readers to exchange ideas, share information, and remain connected to the arts community at large. Building on the success of The Boogie Report, Jerry hosts the Southern Soul Video Network, The Blues Buffet Radio Program, and a digital daily newsletter. Jerry has served as Publicity Chairman of the Central Mississippi Blues Society, advisory board member of the Jus’ Blues Foundation, member of the Board of Directors of The Blues Foundation, and Information Officer of Solomon D. Loche American Legion Post 501. 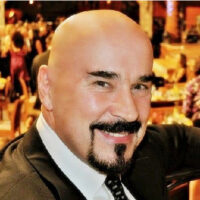 Phil Ranstrom is an American documentary filmmaker living in Chicago, Illinois. He has been writing, producing, and directing documentaries since the 1980s. Among his credits is the Emmy Award-winning, feature-length documentary, Cheat You Fair: The Story of Maxwell Street, narrated by actor Joe Mantegna. This epic film is told in three acts and details the rise and fall of Chicago’s Maxwell Street, the birthplace of electric, urban blues. During the span of more than a decade, Ranstrom continued to interview and record countless vendors, residents, and blues artists, and capture an oral history that was never told. Cheat You Fair stands today as the most comprehensive history of Maxwell Street in any medium. It features interviews from blues icons including Bo Diddley, Junior Wells, Hubert Sumlin, Buddy Guy, Charlie Musselwhite, John Primer, and Uncle Johnnie Williams. Ranstrom continues to travel the world and document the blues. He’s currently working on a project titled Heavenly Birds, that tells of his journey to Poland where he discovered what can only be described as “one of the greatest stories in blues and rock’n’roll history never told.” 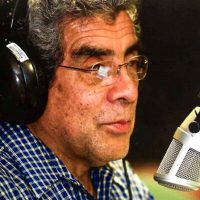 Raúl de la Rosa has been a broadcaster, journalist, and cultural promoter and curator of the blues since 1964. In 1978 he organized Mexico’s first blues festival to help share the blues and its history with the Mexican people. Raul produced eleven blues festivals between 1978 and 2012, which were held in some of Mexico’s most prestigious venues. These festivals attracted an average of 10,000 – 30,000 attendees per event. While the first four festivals featured artists such as Willie Dixon, John Lee Hooker, Sunnyland Slim, and Jimmy Rogers, Raúl ensured that the final seven festivals featured more Mexican artists. This awoke significant public interest as well as related workshops, conferences, and exhibitions, which were open to the public and to students of Mexico’s top-rated universities. In 2002, Raúl authored the first journalistic column about blues in a Mexican newspaper which continues to be published to this day. He has been a radio host and product of Por los Senderos del Blues (Down the Trail of Blues) since 2005, where he continues to keep the blues alive in Mexico! 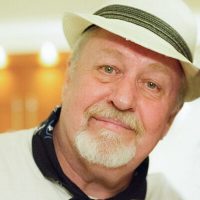 For over 30 years Jack Sullivan has used his skills in magazine circulation sales for various publishing houses including Time Inc., Wenner Media, and Hearst to excel in his passion for blues music. To this day, Jack continues to be an ambassador and trendsetter for the blues. Jack has achieved national and international success as a magazine publisher, festival promoter, and online music store marketer. His many highlights over the past decade include co-founding the Bradenton Blues Festival and Camping With The Blues, launching Mojo Wax Media, publishing Blues Music Magazine, and launching online stores Blues Music and All Music Styles. Just a few years ago, Jack and his wife Susan relocated to Memphis, TN to open their office in the Home of the Blues.

Affiliated organizations, past KBA recipients, and members of The Blues Foundation’s Board of Directors are eligible to submit nominations. If you know a deserving person, seek out one of those who are authorized to nominate and help them make the submission.

Nominees and recipients of the Keeping the Blues Alive Awards must be in keeping with The Blues Foundation’s values as a welcoming and inclusive organization, as reflected in our Statement Against Racism.