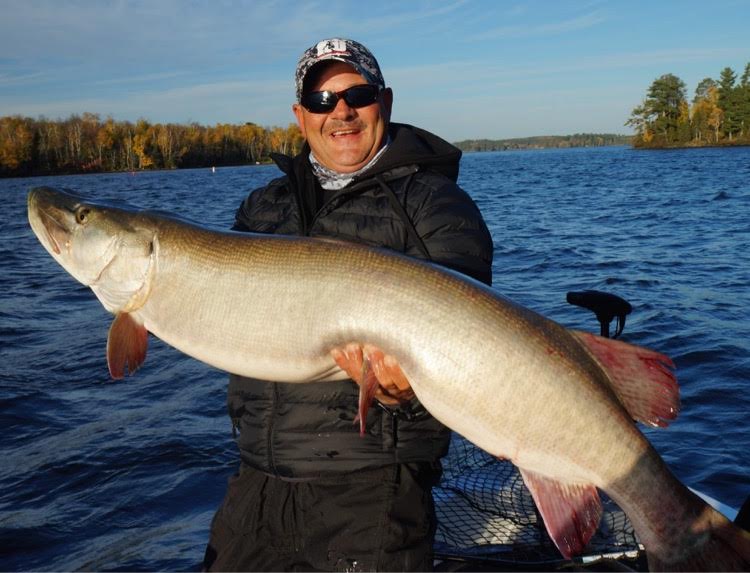 Keyes Outdoors LLC has grown into one of most watched, viewed, and respected musky fishing T.V. Series in the world. Mike Keyes, also a drummer, films, produces, and creates the music for his fishing show. Regarding his music he says, “I pick certain moods in a video that I want to portray. I want the quietness and the subtleness of nature and at times may want an uplifting song to show a successful musky catch.”

Keyes Outdoors is all about adventure off the beaten path and into the unknown. Mike’s raw musky fishing adventures are unique in that his show tells a story, connects the viewer with nature, and travels to unique musky fishing spots where most do not go: the unknown. Whether from land, small wild rivers, or the great lakes, Mike is on the hunt. 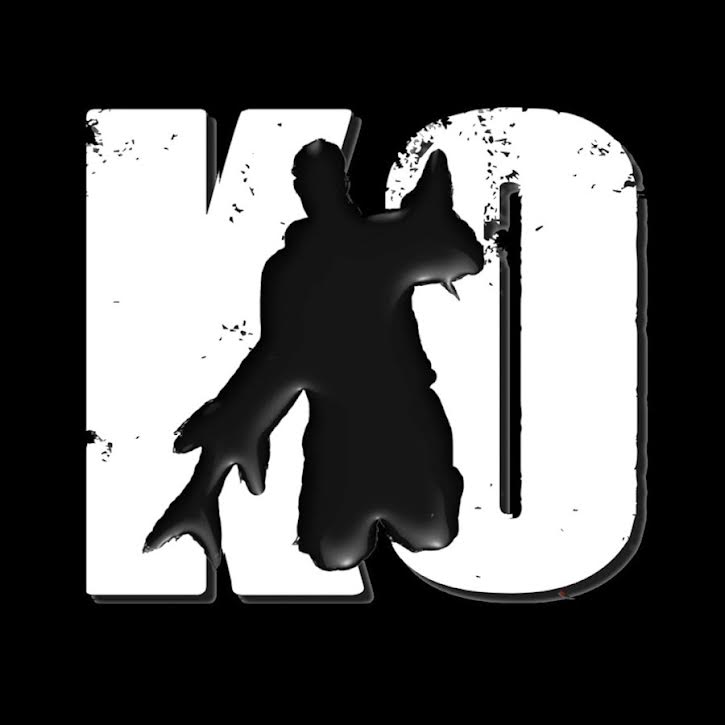 ABS: Can you talk about the music for Keyes Outdoors and it sounds like you produce it as well?

Music sets the mood and it can move people in a way, especially when there are really great visuals. I have always said that when I produce and you are done watching the show, if it feels like just ten minutes have gone by and you want more, I’ve done my job. If you look at your watch while you are watching my show, I am not doing my job. The music helps you get from point A to point B, and it is very vital for setting the mood in what you are about to experience. For years I bought music and the music was pretty limited. What frustrated me is I would pick a unique song and then I would hear it in a commercial. I would also hear it in somebody else’s production. It irritates me beyond belief.

The last few years, I started producing all of my own music. It is original to Keyes Outdoors and I am only going to hear it only on ‘Keyes Outdoors.’ I pick certain moods in a video that I want to portray. I want the quietness and the subtleness of nature and at times may want an uplifting song to show a successful musky catch. It is all about reading what you are trying to look for. It is all done by the computer and I listen and purchase the loops to get the feel. I can then add on the bass and guitars or whatever else I may want to add. I can manipulate the tempo and it is amazing with the software that is out there. It starts with a loop and then I layer. I have a library of drums. It takes many hours and I really enjoy it. I do play and I am a drummer. My brother was a state drummer in band and is a great acoustic guitar player. Music does run in our family. He has played in bands and I have not. I am self- taught.

What kind of music do you like to listen to in the car on musky fishing trips?

Believe it or not I love new music and Indie style music. I’m not so much into Pop. It must be the way I am wired, but all the old tunes that I heard when I grew up, I don’t want to hear them anymore. I am always listening for what is new. I am not bubble gum by any means. It can be heavy metal, but I want to hear new.

How did you first into musky fishing?

Well, it’s a long story. I started out in the hunting industry. I developed a couple of products that I thought of and took to market. I ended with seven patents and did really well in the hunting industry. I saw the industry was getting eaten up by money like so many things in the world. When I grew up, there may have been only five people who shot a Boone and Crockett Buck with a bow and arrow. What happened is rich people came in and told the farmer they would pay their taxes. They would lease the land. What they started doing is managing it by growing bigger crops which in turn grew bigger animals. My question became, are you a hunter or are you a farmer?

The reason I gravitated towards musky fishing is because it doesn’t matter how much money you have; you can’t own the lake. It is open to everybody. Because it is open to everybody, hunting and fishing skills are tested. Everybody has a fair shot and it comes down to who is the better angler. Now there may be five thousand or maybe more people who have shot a Boone and Crockett Buck, but they are raised. It is no different than me raising a world record fish in a pond that no-one can fish but me and feeding it and feeding it and then one day saying the fish is a world record. I don’t think its fair chase.

How long does it usually take to film an episode, and can you talk about the editing process?

We usually give ourselves three to four days and up to seven days if we are going out of state. That is time on the water. Once we get all of the footage together and we’ve had a successful outing, we probably have another seventy to eighty hours between editing and downloading. These files are huge and we are shooting on 4k. It may take a whole day just to download the footage. We run eight different camera angles at all times, so it is keeping everything in time and in sync. I have been doing this for twenty-two years and I am self-taught.

How I became a T.V. guy is a different story. Because I was successful in hunting, I started filming a lot of my hunts because I wanted to show the public. Back then there was no internet, so the only way to get your product out was through trade-shows, television, radio, and newsprint. I went to all the trade shows. I started showing people my films. I accumulated a small library and a buddy came to me and told me he wanted to start a T.V. show called ‘Midwest Adventures’ and wanted to air it on Fox of Midwest. He told me we needed to put a pilot together and he wanted to use some of my footage. I told him absolutely and I gave him all of my footage. He submitted the pilot and Fox wanted to do the show. He asked me to go to Canada with him and he told me he would pay for the trip to go bear hunting as the first episode of Midwest Adventures. The footage was of an amazing four-hundred-and-fifty-pound cinnamon bear and granted the cameras back then were not great. It was what it was.

At the lodge that night, he told me he didn’t have the money to pay for my hunt which was supposed to be the next day. I told him it was ok, but to get me on the rebound as I understand what it takes to start a business. On the drive back, in Milwaukee, with the bear in the back, he goes to a taxidermist and pulls out the bear and pays the guy in cash. That would have been the money for my hunt. He had the money but thought the mounted bear would be a better deal and I gave up a whole two weeks of hunting. I was very upset and he called me back about a week later and asked for the footage. I told him it was my footage and that he was supposed to pay for my hunt. I told him I filmed him, and he didn’t live up to his end of the deal. I told him it was my footage and shot on my camera and I ended up paying my own way up there. He came down on me with a lawyer. I am a pretty seasoned businessman.

I told the lawyer, if that is his video, he has never sent me any of the tax information. He couldn’t argue that. The guy called me back up and didn’t realize he was being a complete jerk about it and didn’t understand my point. He asked me what I was going to do with the footage, and I told him maybe I would start my own T.V. show. He told me I didn’t have what it takes to do that. I literally took the landline phone and slammed it down and looked at my wife and told her we are going into the T.V. business. That is how it all started in T.V. It just shows you that weird things happen. 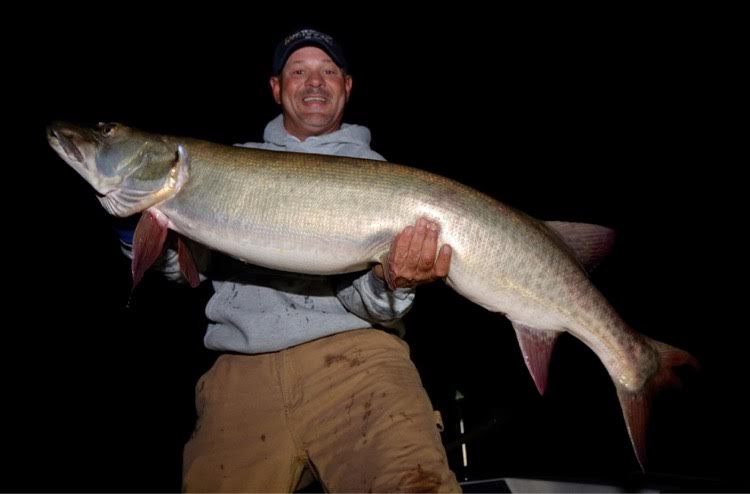 What are some challenges you face while filming the musky show?

Weather is a big issue and in the pouring rain you cannot film. The weather is probably the biggest issue. If it gets too bad, you cannot film. The equipment is so expensive. Also, we worry about how big the waves are due to the weather. You don’t want to put yourself in a bad position at any time. Also, lightning is a concern. We don’t push it.

Do you have a favorite episode you have filmed?

No, I don’t. I don’t have a favorite because I don’t feel I have made my best work yet. I truly believe that as I am my own worst critic. It’s like when you do your music, you know everything. I watch the episodes and make sure they technically go alright. I haven’t found that peace yet and sit back and go that was my goal from day one.

What feelings do you get from catching musky? What makes them exciting?

I think it is not really the catching. The catching is great. The next ten years are going to decide the fate of musky fishing. Right now, there are graphs called live scopes that literally can see the fish in live time. In the tournament world, which I fish, guys aren’t fishing anymore. They are driving around looking for fish. When they find the fish, they are throwing baits at it. To me, musky fishing is like chess. It is going to a new body of water that you have never fished and been to before and looking at the features and spots that I think are going to be good and putting in the time to see if your theory and reasoning is right on.

To me, it is about chess. It is about the whole process of finding a fish. I feel our industry is going to be tried very heavily because of the new technology. People ask me why I get so wild when I catch a third eight-inch musky. It is because I put all of the pieces in the puzzle together to give me the opportunity to get that bite. To me, that is the real pride. Catching the fish only takes a minute. I don’t care how hard they fight; nothing lasts over a minute and a half in the world of musky fishing before it is in the net.

I still have a lot to do. My daughter is now in the business with me and she does a lot of the editing. I have ten grandkids. I would be very happy after I am gone knowing it went to a second or third generation of my family. Like the Linder’s: three generations and a dynasty. When you can produce shows and be on air that long, that to me is success.