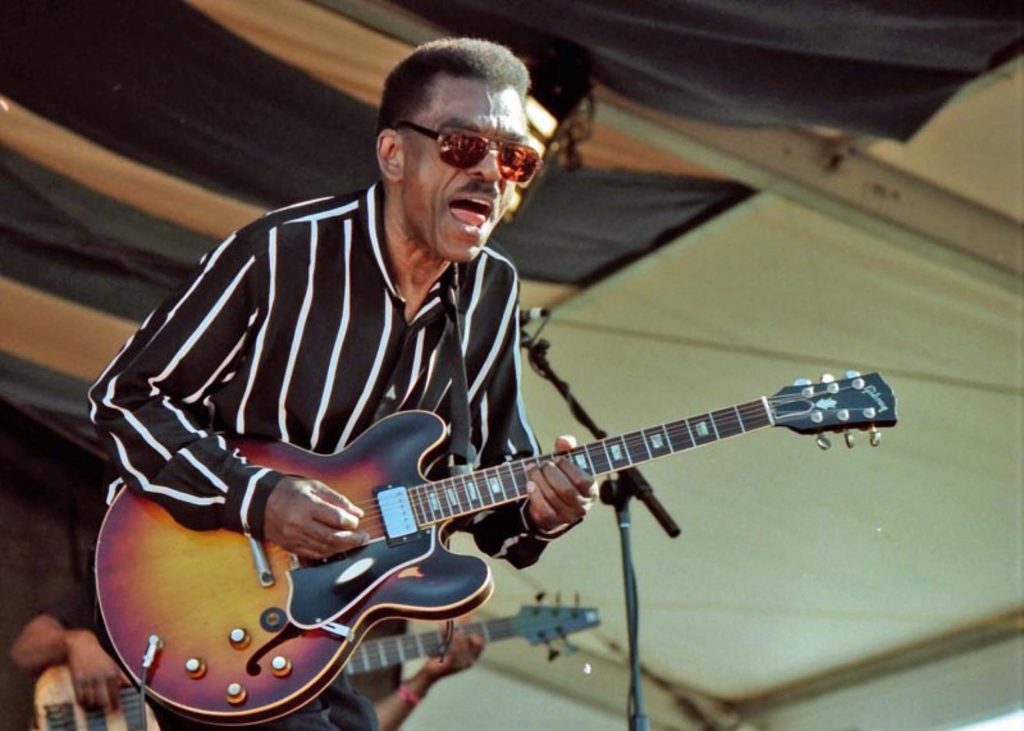 One of the most soulful and most sampled artists in the game, Syl Johnson died today. He was 85.

One of the most sampled artists of our time, his music served as the soundtrack for some of our most poignant moments in history.

A fiery, fierce, fighter, always standing for the pursuit of justice as it related to his music and sound, he will truly be missed by all who crossed his path. His catalog and legacy will be remembered as impeccable and a historical blueprint to all who experience it.

To his fans around the world, he loved you all. A lover of music and a Chicago icon, Syl Johnson lived his life unapologetically.

With the passing of his brother, Jimmy Johnson (Blues Hall of Famer) a few days ago, our Dad has gone on to heaven to be with him and many of his loved ones and fellow musicians who have passed as well. The world has lost two musical giants.

At this time, we ask for your prayers for our family, his friends, and fans, and we ask that you continue to play his music and share the remarkable legacy he’s made in music.

Born Sylvester Thompson on July 1st, 1936 in Holly Springs, Mississippi, he moved with his family to Chicago in in 1950. Fortuitously they lived right next door to West Side Chicago blues guitarist Magic Sam allowing Syl to help teach Sam blues and boogie woogie elements on the guitar. Syl came up playing with Sam, Billy Boy Arnold, Junior Wells and Howlin’ Wolf.

In 1959 he recorded with Jimmy Reed and released his first solo record, “Teardrops,” backed by Freddie King on guitar.

In 1967 Syl had his first hits, “Come On Sock It To Me,” and “Different Strokes.” The latter became one of the most sampled tracks in hip-hop history, used by Wu-Tang Clan, Kanye West and Jay-Z, De La Soul, Public Enemy, Eric B & Rakim, and dozens more. Another heavily sampled track from Johnson’s repertoire was “Is It Because I’m Black,” which went to number 11 on the Billboard R&B Charts in 1969.

Inarguably, his greatest hit was the Willie Mitchell produced, “Take Me to the River.” Written by Al Green and Tabon “Teenie” Hodges, Johnson’s version came via a Hi Records single in 1975 and shot to number 7 on the Billboard R&B Charts.

Johnson wrote songs exploring themes of African-American identity and social problems. Retiring in the late 1980s, he made a comeback in 1994 with Back in the Game, again featuring the Hi Rhythm Section as well as his youngest daughter Syleena Johnson.

Johnson had a total of  19 charting singles from 1967 to 1982, and even though his music was sampled by artists from Wu-Tang Clan to Kid Rock, Syl often found himself with no credit for samples, and no money from the record sales.

Syl was inducted in the Blues Hall of Fame in 2020.