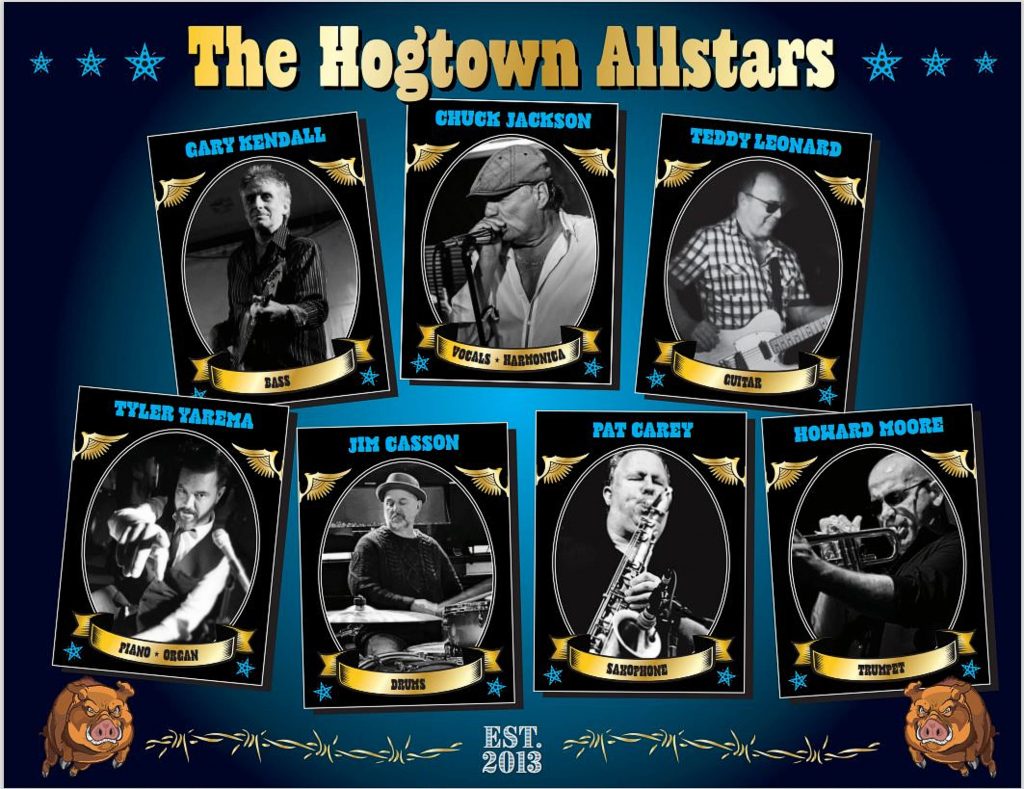 The Hogtown Allstars is the newest band of not-so-new blues players making its’ debut in the Blues scene with Hog Wild, set for release on May 6, 2022 via Stony Plain Records. 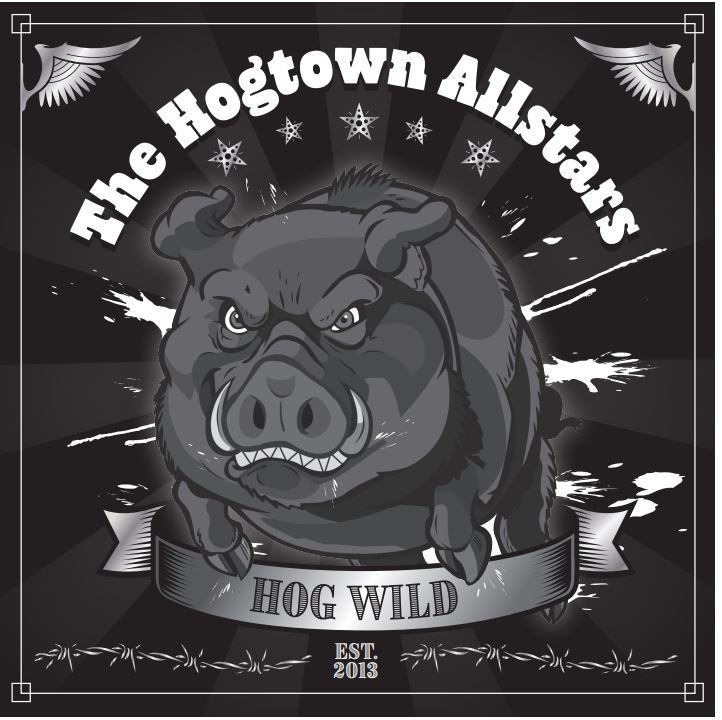 Built with some of the most experienced players in the global blues music industry, the Hogtown Allstars is headed by Downchild Blues Band alumni Chuck Jackson, Pat Carey, Gary Kendall, Jim Casson and Tyler Yarema with Maple Blues Band alumni Teddy Leonard and Howard Moore. Individually and with these bands, the members of Hogtown Allstars have won more than 20 Maple Blues Awards, 5 Juno Awards and numerous international blues and jazz music awards.

Inductees into both the Canadian Songwriters Hall of Fame, and the Blues Museum Hall of Fame in addition to a Lifetime Achievement Award from the Maple Blues Awards, Downchild Blues Band is one of the planet’s foremost, most fêted, longest-running blues outfits – but add to this members of legendary bands Fathead, Powder Blues, The Cameo Blues Band, David Vest & The Willing Victims, The Swingin Blackjacks, Braithwaite & Whiteley, Johnny Rawls, The Robin Banks Blues Band, The Mighty Duck Blues Band and Lance Anderson’s The Last Waltz – and you’ve got a BLUES SUPERGROUP that cannot be underestimated.

Originally conceived in 2013, the Hogtown Allstars started as an opportunity for a collaborative outlet for Toronto-based musicians who have spent decades dedicated to the blues as an art form that defines their careers. After surpassing the first challenge of coordinating everyone’s schedule to hit the studio, Hog Wild was recorded over 2021 and features 8 new original songs composed by the members and 2 covers.

We’re proud to premiere the first single’s video from the new album. Chuck Jackson told us:

When we first received word that ‘Hog Wild’ was going to be the first single, we knew we had to do a video for it. The original idea was to get some stock footage and just do that, but the more we thought about it, the more we knew it had to be better. It was, after all, the first time people would see the band.

Drummer/Director Jim Casson got his creative juices flowing and came up with an idea that would showcase the band and still keep within the protocols of the current COVID lockdown situation in Ontario. By filming each band member separately with some interesting lighting at his farmhouse, he created a very cool and exciting clip.

One problem: the horn section is an integral part of the band, but this is one of the few songs without horns on it. Add to that, sax player Pat Carey was spending the winter in Florida! We decided that since we have all experienced that long wait by the phone for the information about the gig, that would be the way to get the horns in the video. We are hoping that the Academy recognizes their performances and they’ll both be up for Oscars.