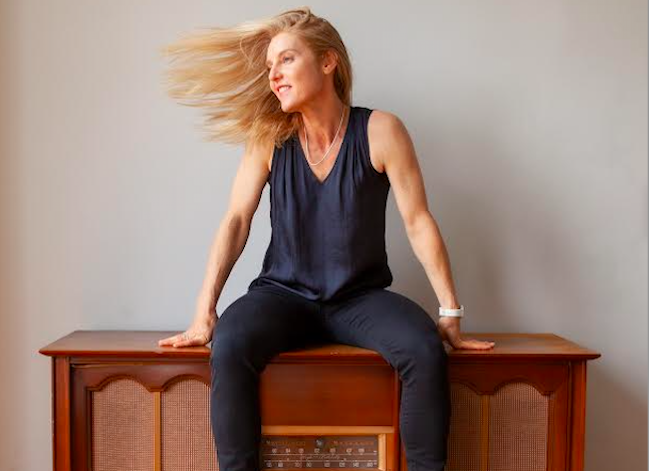 A prolific writer, Rachel Garlin draws inspiration from hearing other people’s stories and then translating, on the spot, the words she hears and feels into musical vignettes. Her creative process starts with freestyle riffing of melodies and lyrics together and flows into fully-formed songs.

Her regular writing practice is a pillar of her work as an artist and it’s not uncommon for her to pull the curtain back and share with audiences her creative process, whether that means writing songs spontaneously on stage with her band, posting new song drafts daily every February, or leading workshops on the creative process where she demonstrates the freestyle-to-full-song format with volunteers from the crowd. 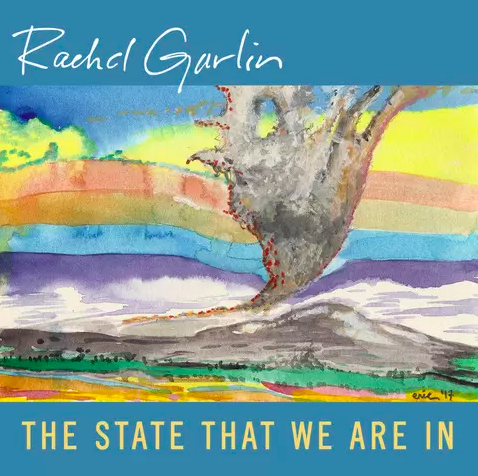 Garlin sings convincingly of frozen sundials and lemon-trees-gone-lazy in “Some Weights Are Hard to Bear” — from her most recent EP, The State That We Are In — a haunting song that speaks honestly about grief.

“It was a dark day during a dark season, and I stumbled on an interval – a pair of pitches – that stirred me,” says Garlin. “A few low notes, then a higher one, and then a drop back down. Humming this against the backdrop of my fingerpicking on guitar became the root of a new song, a song weighted with the anguish I was witnessing in a friend and in the world. I kept humming it over and over and the more I did, the worse I felt and the better I felt. ‘Happiness is a sad song,’ Charlie Brown once said. And it’s true. A sad interval, one rife with grief, is what moved me that day.”

Premiering exclusively today is the video for “Some Weights are Hard to Bear.” If the song drives home the breathtaking surprises only mourning can bring, the video paints the poignant picture. “Tries to shake the image of when / The garden sundial froze,” Garlin sings delicately and reflectively. “It couldn’t be a year now, too long / It was just a summer day gone wrong / The musket is a long gun, so long / Some weights are hard to bear.”

Of the song and video, Garlin tells ABS:

I wrote the line ‘She’s scattered in her sadness, lately’ as a summoning to a kindred spirit, a faraway sister, someone who was in pain in ways that I recognized. Songwriting on a dark day can be marvelous, really.

Because the grief and empathy are inside and want to come out–the emotions are available and looking to dance. The guitar is a companion, chords are a vibration, then you can improvise, respond to impulses, tell a story and feel it.

Rachel’s stories are always a great canvas to try to paint a visual picture onto through film. She is really into the idea of impressionistic, non-literal imagery that reinforces the feelings she conveys in her songwriting.

It’s a challenge to keep things simple enough to not force the ideas onto the viewer, but there is also a lot of freedom for me as a director to take the smallest idea and run with it in the shooting and editing processes. Working together on “Some Weights Are Hard To Bear,” I think we achieved a great balance between autonomy and collaboration that made for a beautiful finished product.

Coming together for concerts has been a welcome aspect of 2022 so far, and Garlin’s recent sojourn from her home in San Francisco to a show at the Hotel Cafe in LA brought together artist and producer for their first in-person meeting.

I met my producer, bass player, and now dear friend Jonny Flaugher through the digital airwaves during the height of Covid lockdown. It was simpatico from the start and I sent him ten song demos. And this strong, masculine, and charismatic human chose the ballad “Some Weights Are Hard to Bear” as his number one – another confirmation that vulnerability is strength and that maybe we are all coming from a common human experience with shared emotional roots.

I recently traveled to Los Angeles and played with Jonny and the guys for the first time. We all met, practiced, shot a video, and played live within a twenty-four-hour period. I felt an immediate kinship with people sharing the love of words and music. Those are the moments that inspire me to write, honor the presence of others, produce with appreciation, and play with gratitude every day. If I can touch someone’s world with my love language, I’m inspired to keep going.

Words and music by Rachel Garlin

Words and music by Rachel Garlin

Exclusive Rachel Garlin Single Some Weights Are Hard To Bear The State That We Are In Video Video Premiere
Share. Facebook Twitter Pinterest LinkedIn Tumblr Email WhatsApp
Previous ArticleWorld Premiere Video From The Hogtown Allstars, ‘Hog Wild’
Next Article Cartoonist-Turned-Songwriter David Heatley Plants a Flag for ‘Life Our Own Way’