Busting Down Genre Walls, 'Ten' Has a Release Date of April 8 Via Ivy Music Company 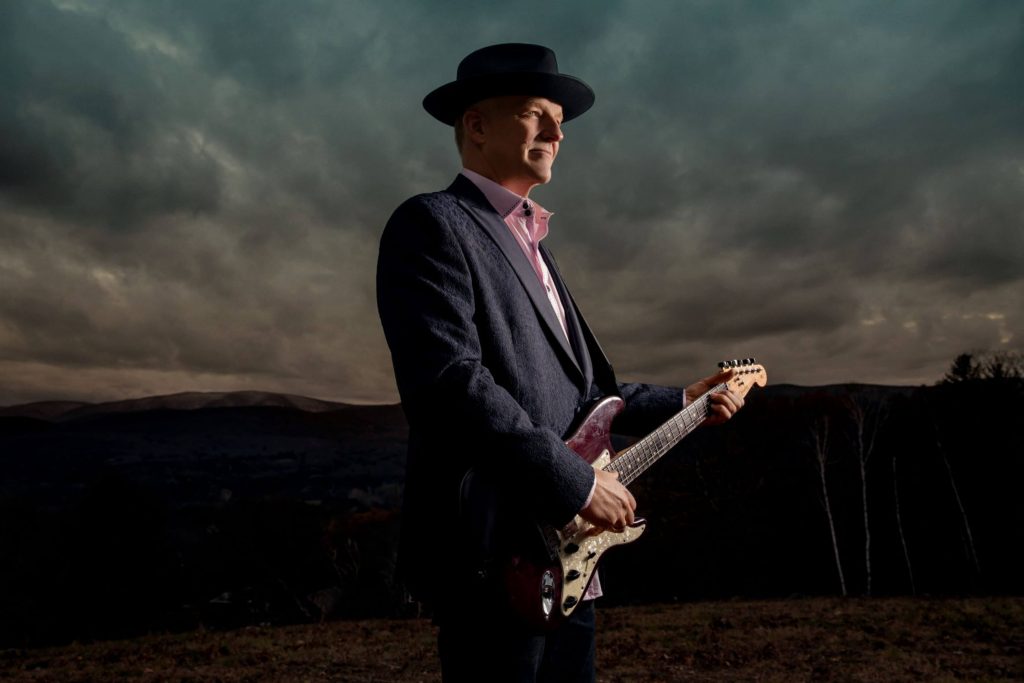 There are few albums today that are grounded in the blues but can still instantly jump off into a whole new sense of expression. On his new studio album Ten, Albert Cummings ventures into rock, country, soul, and Americana, while his songs range from wall-ratting tunes to soft ballads, with Cummings’ rugged, world-wise vocals hitting all the right moods. Musically diverse and emotionally cohesive, Ten’s 13 original tracks stand as a compelling statement about who he is now and where he may be headed.

Ten was recorded in Nashville at Peter Frampton’s Phenix Studios. Helping Cummings craft his vision for this album was Grammy-winning producer Chuck Ainlay (Mark Knopfler, Dire Straits, George Strait, Peter Frampton, Miranda Lambert, Emmylou Harris, among others) and a dream team of musicians including drummer Greg Morrow, bassist Glenn Worf, keyboardist Michael Rojas, and guitarist Rob McNelley” “The music that started to be played in the studio sounded like it was being created on a whole new level,” Cummings raves, “I knew in a flash we were onto something.”

The first single, “Need Somebody,” also represents another crucial element of Ten – the emotional depth Cummings reaches with his evocative lyrics.

Ten is the first record where Cummings, as he explains it, “let the listener into my personal space.” The music is more songwriting-focused, with the guitar being used as a tool to drive the songs home. “Meet the Man” and “Too Old to Grow up” provide vivid portraits of people living their lives, alongside a passionate ode of love on “She’s The One.” A song especially close to Cummings’ heart is “Beautiful Bride.” It’s the first song he ever sang in public – and he sang it at his own wedding.

A particular thrill for Cummings was working with Country Music Hall of Famer Vince Gill, who lends his vocal talent on the boisterous roadhouse tune “Last Call.”

At one point Chuck Ainlay said Vince Gill was interested in meeting with me. And before the sessions had been completed, Gill was able to add background vocals on the song ‘Last Call.’ I figured then it was a sign that anything can happen, and it’s so important to stay open to all possibilities. And that’s the way I look at music.

You can surprise yourself in so many ways with things that at one point seemed so far away. I have been playing a lot of years, and still find new ways of expressing myself. That’s what this album is all about to me. It’s given me a new way of looking at my future, and lets me believe that I’m still able to do whatever I can dream of. And that’s the real joy of it.

Throughout his career, Cummings has strived not to place boundaries on his music, and with Ten, he has raised the bar to a place where anything seems possible. “I have been playing for a lot of years and still find new ways of expressing myself,” Cummings says. “That’s what this album is all about to me. It supports my belief that I can accomplish whatever I set my mind to.”

For someone with the kind of background Cummings has, that kind of confidence about his new music says it all. This is a singer and guitarist who has played with many of the greatest players of the modern era, and received the kind of awards and recognition that few others do. Raised in Massachusetts and self-taught on the banjo, it was a 1987 concert by Stevie Ray Vaughan and Double Trouble that opened Cummings to a new world of modern blues and inspired him to take up the guitar. It didn’t take long from there for him to find his way to the front of the pack. In fact, Albert Cummings’ very first album From the Heart (2003) was produced by Double Trouble’s Chris Layton and Tommy Shannon and included the group’s Reese Wynans on keyboards. That had not happened before Cummings’ release.

From that first album, the burgeoning blues world of the 2000s opened its doors for Albert Cummings. He recorded several albums for Blind Pig Records, and on 2012’s No Regrets the guitarist extended the boundaries outside the blues world to include country and rock influences like he really hadn’t before. It was obvious that the musician did not want to limit himself in any way, and saw a wider possibility for where his music could go. With its release on Cummings’ own indie label imprint, Ivy Music Company, Ten is a full realization of that possibility.