Remembering one of the founding fathers of soul music, Solomon Burke, on his day of birth! 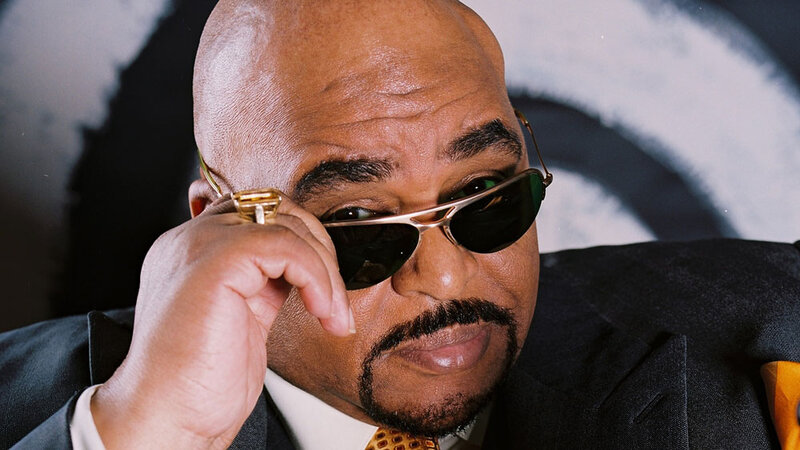 A preacher. An herbal doctor. A popcorn entrepreneur. A restaurateur. A mortician. There are few influential singers with a more varied resume of “day jobs” than Solomon Burke. He held all these occupations but we remember him most as “The King of Rock and Soul.” It was a moniker given to him by Philadelphia disc jockey Rockin’ Robin in 1964. It aptly described the music popularized by Burke in the early 60s. It was hard-driving rock and roll infused with the gospel style of African-American churches.

Burke was born on March 21, 1940 into a family that established its own church. He was a preacher and hosted his own gospel radio program by the time he was 12. The exposure to gospel music consequently came naturally. But it was his grandmother who imparted the advice that would shape his vocal styling. She had him listen to her favorite singer, country artist Gene Autry. “Listen carefully as he pronounces these words,” she told him. “ ‘I’m back in the saddle again.’ Pronounce it properly.” Few singers of his generation were more articulate than Solomon Burke.

One of Burke’s first recordings for rhythm and blues label Atlantic Records was a country song called “Just Out Of Reach (Of My Two Arms).” It became a huge hit, selling over one million copies. Despite being a country song – it was previously released to minor success by both Faron Young and Patsy Cline – it managed to spend 19 weeks on the R&B charts. Some listeners thought Burke was white. When booked to sing at some venues in the south, promoters were not sure what to do with him. On at least one occasion, he was asked to perform with his face and arms bandaged to make it look like he had been in an accident and keep the audience from seeing he was a black man.

“Just Out Of Reach” may have been a country song but it laid the groundwork for more soulful sounding songs like “Cry To Me,” his next million seller. The vocals build throughout the song just the way a preacher may use his voice to exhort his congregation to heed his advice. The advice in this case is to “cry to me” because “when he leaves you all alone and nobody calls you on the phone don’t ya feel like crying? … Well, here I am… cry to me.” At the end of the song, the gospel-inspired improvisation is on full display.

Burke’s background as a preacher was even more evident on “Everybody Needs Somebody To Love.” He proclaims near the start, “I have a little message for you / And I want to tell every woman and every man tonight… sometimes you get what you want and you lose what you have.” When he reminds us that everybody needs someone to love, he also tells us he needs us as well. You can almost picture him at his pulpit putting his heart and soul into it as he points and exclaims, “I need you! You! You!” He is not calling down fire and brimstone. Oh no! He is calling down love from heaven above.

And when it comes to love songs, Burke’s passion and soul are on full display in “Can’t Nobody Love You.” Want someone who will love you in the morning? He will. Want someone to love you late at night? Check. Want someone who won’t stop loving you until you say everything is alright? That is what he will do. It is a simple song with simple words and a simple arrangement. It could come across as someone who is full of himself. A claim that no one “knows how to love you like I do” sounds like all brag and no fact. But Burke is speaking to you from a place deep inside his heart, his passion and soul on full display. You can’t doubt his truth or sincerity.

Solomon Burke’s popularity began to decline in the mid-60s as that of other artists such as Aretha Franklin, Wilson Pickett, and Otis Redding were on the rise. He never really stopped recording but his recordings met with little success until the early 2000’s. He won his first and only Grammy award in 2002 for the best contemporary blues album. Don’t Give Up On Me could easily be a reference to the performer as it is to a lover pleading to be given another chance. Later albums such as Make Do With What You Got and Like A Fire were also critically acclaimed.

Burke never solely relied on his music sales and performances to support his rather large family. In addition to his recording career, Burke ran funeral homes, owned two drugstores and a popcorn business in Philadelphia, and later had the first Mountain Dew franchise in Philadelphia. He also built his ministry – Solomon’s Temple: The House Of God For All People – to around 200 churches, 40,000 parishioners, and 300 ordained ministers whose job is to “feed the hungry, educate the uneducated and be God’s workers in the vineyard.”

He died on October 10, 2010 in Amsterdam en route to a performance. He weighed nearly 400 pounds at the time of his death and left behind 18 (out of 21) children, seven stepchildren, 90 grandchildren, and 19 great-grandchildren.

Solomon Burke may not be as well-remembered as Aretha Franklin, James Brown, B.B. King, or Sam Cooke but it seems everyone from Bruce Springsteen to Bonnie Raitt to the Rolling Stones to the Blues Brothers has covered his material. They all consider him a legend. And for my money, Solomon, can’t nobody sing the blues more soulfully than you ‘cause they just don’t know how to sing it like you do.

For those who subscribe to Spotify, here is a playlist of the songs featured in this article, plus a few more for your consideration.