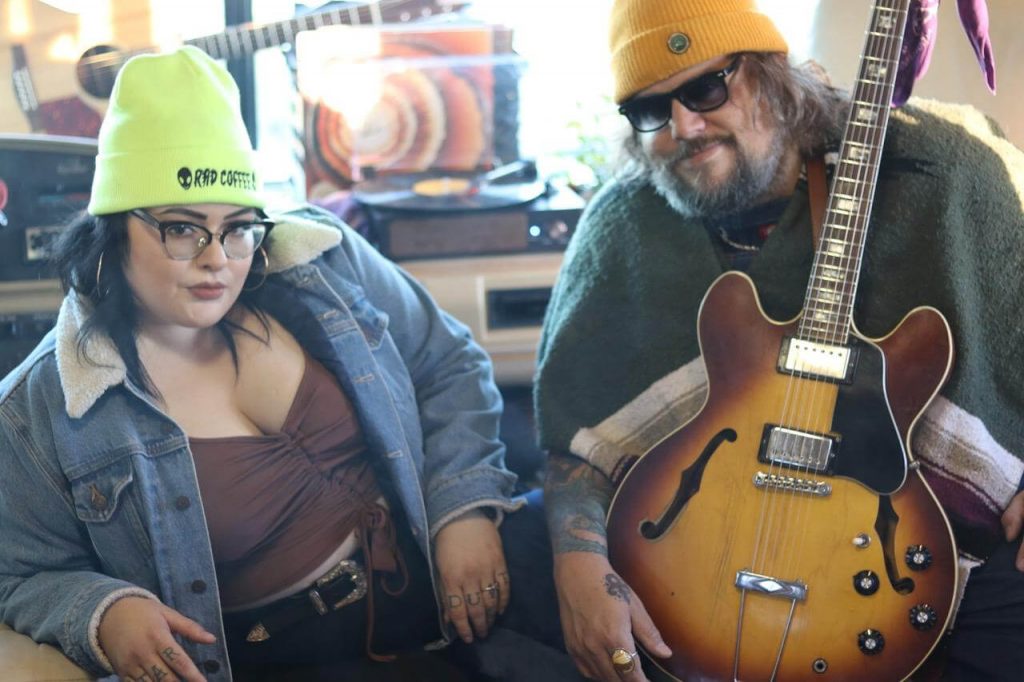 Gulf Coast Records announces the signing of the Bennett Matteo Band to the label and the upcoming release of their debut CD, Shake the Roots, on May 20. The album is available for pre-order on April 8th.

“Shake the Roots is basically a mixtape of our influences with sounds that make us happy and stories about our life together,” says explosive guitarist Gino Matteo (Gino’s last name is pronounced “Ma-TAYO), one-half of the duo along with powerhouse singer Jade Bennett. “We wanted to make a record grounded in blues, soul and funk with zero restrictions and this is what came out when we ‘shook the roots.’ We call it ‘dirtfunk and desert soul.’ I feel blessed to be writing and playing music in this band with Jade. She can sing anything and her tone is my favorite sound.”

Shake the Roots was produced by multi-Blues Music Award nominee Kid Andersen and Gino Matteo, with all songs written by Gino Matteo & Jade Bennett. The disc was recorded, mixed and mastered at Greaseland Studio in San Jose, California.

The Bennett Matteo Band (BMB) is extremely improvisational, and while having their feet planted in roots music, BMB is a breath of fresh air to the music world. BMB’s experimentation has made every show an experience.

Matteo is carving the spot he deserves as a “force of nature” in the roots world. A sensational guitarist, songwriter and powerfully emotional live performer, he empowered the Sugaray Rayford hit machine for nearly a decade. Gino has destroyed countless audiences in the US and abroad with his powerful wit, gut ripping playing, and incredibly gifted musicianship.

His explosive, spontaneous, and original live show stands with the most legendary of blues players. Gino, along with the gutsy soul-power vocals of his lovely and talented wife Jade Bennett, have been heating up the blues circuit across the western US and internationally. This hard charging dream team brings a raw and soulful interpretation to roots music, moving it forward progressively and creatively.

Bennett and Matteo met in 2010 in Southern California at a gig. Gino ended up sitting in with Jade and once she started singing, he knew they had to play together. They almost immediately moved in together and started writing music while Gino toured with Sugaray Rayford, all the while keeping a catalog of music going with Jade. BMB wouldn’t be formed for nearly a decade, as Gino’s tour schedule became more hectic.

They played shows together anytime Gino was in town and Jade joined the Sugaray Rayford Band on tour as a backup singer a number of times. Over time, through touring and home life, Jade and Gino decided to go nomad and live full time off-grid. They decided the only thing they wanted to do was play music and live on their own terms. That dream became a reality as COVID swept the world.

In 2020, just before the pandemic hit, they had an album done, but it went on the shelf as the initial label they were signed to deemed it not bluesy enough and that they didn’t know where to put it.  That’s when the record’s co-producer and BMB confidant Kid Andersen decided to pitch BMB to Mike Zito’s Gulf Coast Records, who loved the album and are releasing it.  It not being standard blues became a selling point and not a hindrance.  The album is a collective of their experiences.