"Now it's one thing to record Patti's song and make a video of it, but it's another to play my arrangement in front of her." This is the story of a chance meeting between the queen of New York punk and the originator of Global Soul coming together in one of the world's most iconic studios to record a re-imagining of her epic anthem "People Have The Power." 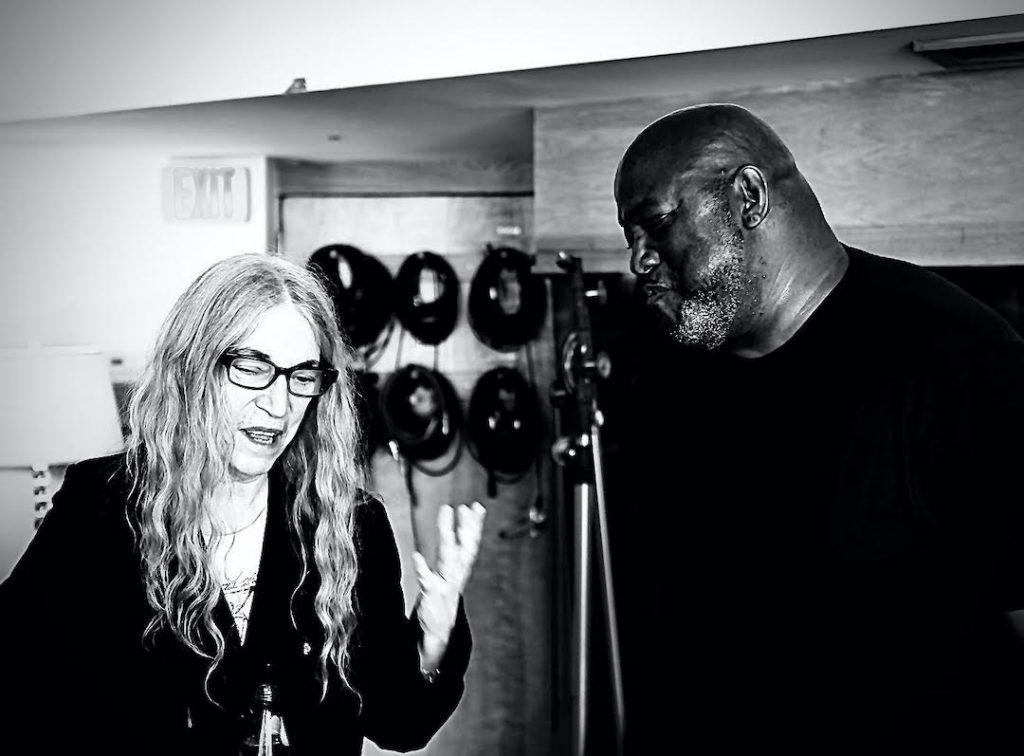 Global Soul is the musical genre created and performed by singer, songwriter, multi-instrumentalist, producer, and True Groove Records CEO Tomás Doncker and his stable of artists. By its very definition, the genre is the indiscernible combination of musical styles which most recently met face-to-face with the music of New York Punk queen Patti Smith.

When asked to define Global Soul, Doncker tells us, “Good luck morphing this into something that makes sense. Global Soul is not genre-specific, its genre-inclusive. It’s music that’s soul-full. It could be about hanging out with my girlfriend on the beach — that’s fine, but it’s coming from a soulful location. There’s nothing exacting, or empty, or shallow about it, no matter how seemingly trivial the subject matter may be. The simple definition is that it’s the best we have to offer to each other – period.

“For example, what do you call Santana? If we’re going to be genre specific, what is Santana? That’s world music. But the average person doesn’t consider it world music, it’s just Santana. What’s Little Feat? It’s not rock, it’s not Americana, it’s not Dixieland or New Orleans. It’s all of it.”

The song we’re discussing is Doncker’s interpretation of the Patti Smith song “People Have the Power.” 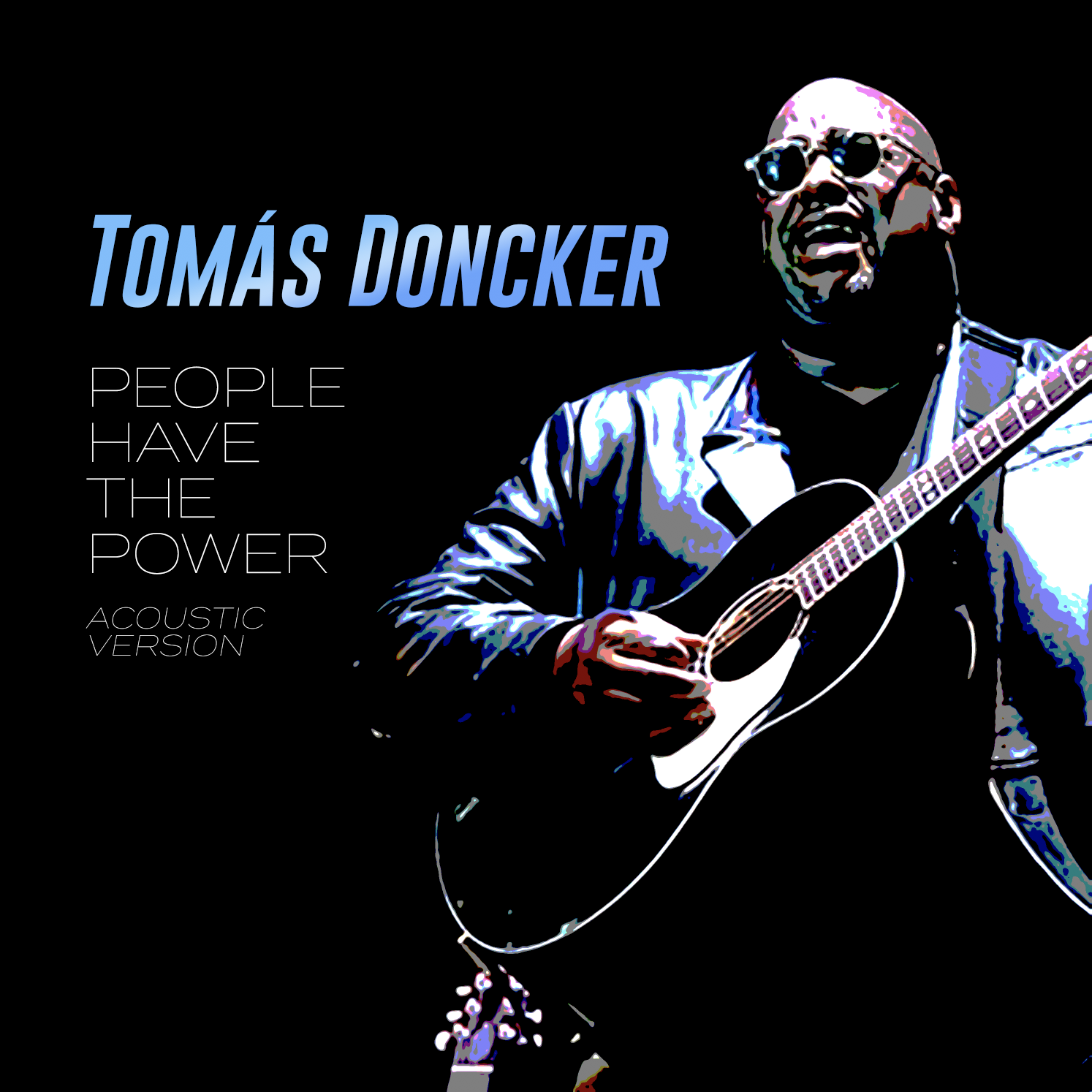 When I first listened to the acoustic version, I was immediately transported to the recent documentary I watched, Summer of Soul. Set in Harlem during the summer of 1969, the performances ranged from Gospel to rock, to soul, to blues, to funk, and beyond. The common thread holding it all together? It was all really good music. It was Global Soul before it had been named. “People Have the Power” could have fit anywhere during that amazing season of music in the park where BB King was rubbing elbows with Sly Stone, Nina Simone with The Fifth Dimension, and Mavis Staples, quite literally, with Mahalia Jackson.

“Historically speaking I come from that era,” Doncker says. “I was a kid then. I think I was seven when that happened. I vaguely remember my father going to those concerts. I cried watching that movie, man. It just pushed so many buttons. Whatever sucked me into music is all in that movie. I wanted to be a part of that story. So again, the idea of Global Soul is a way of breaking down all that regional stuff.”

The acoustic version of “People Have the Power” is the lead single from Doncker’s upcoming album, Born to Be, via True Groove Records. The album consists of covers (even covering himself in some cases) of protest songs, as well as alternative versions of already released singles. Jackson Smith and Jesse Paris Smith will also be making guest appearances on the new release.

All definitions aside, and other than both artists being New Yorkers, how did a Patti Smith song end up in the hands of Tomás Doncker, with her permission for him to rewrite some of the lyrics no less?

“I met Patti’s daughter at the pharmacy. The pharmacist is a friend of mine and a friend of theirs and introduced me to her daughter Jesse. She says, ‘You’re Tomás Doncker? Your song “Wherever You Go,” my mom and I listen to it all the time and we really love it!’ Now remember I didn’t know who she was yet. She’d heard my music at the pharmacy and she’s kind of gushing over me right? Well the pharmacist comes over and says, ‘You know who that is right?’ No. ‘That’s Jesse Smith.’ OK. I mean she made my day but. He leaned in and whispered, ‘It’s Patti’s daughter.’ OH, FUCK! So I said ‘Jesse, listen. I know you get this all the time but I love your mom, love her work; she’s a huge influence. Please let her know that I really appreciate that she likes what I do. Not for nothing, but I had an idea to cover her song ‘Power…’ She said, ‘That’s a great idea.’ Yeah, but I got to the second verse and I just couldn’t sing it. I mean, it’s just so much your mom. But if you let her know, she might get a kick out of that.

“Five minutes later I’m talking to someone else in the pharmacy and I get a tap on my left shoulder. I swivel my neck and boom – right at eye level – Jesse is holding her iPhone up and on FaceTime it’s Patti! I immediately turned into a little fanboy, saying Patti, I love you, you’re amazing, all this stuff. She [Patti] says, ‘Tomás, ‘Wherever You Go,’ we really love that song.’ Now you have to remember we’re in a pharmacy so everyone has now come to complete stop, watching this and saying, ‘Oh my God, this guy is talking to Patti Smith.’ I had to think of something to say to her, I mean it may be my only chance to ever talk to her. So I said, hey you might get a kick of this but I was thinking about covering “People Have the Power,” but I just couldn’t get past the second verse. She goes, ‘Change it.’ What? ‘Make it your own.’

But I’m not just wanting to cover it. I want to go Global Soul with it and rearrange it. ‘Sounds great. Stick to the chorus of course, but otherwise go ahead and change it.’ What did you just say? ‘You have my permission. Go ahead and change it. We could use another version of that song out here in the world.’ So I turned to other people in the store and said, y’all heard this right?”

To quote comedian Ron White, “I told you that story to tell you this story.”

“Fast forward to recording the Global Soul version of ‘Power,’ Doncker begins. “It’s all good, and everyone is excited about it. Later on I get a call from Jesse. She says, ‘Hey Tomás, we want to record a stripped down version of your arrangement.’ OK, cool. I know it’s the theme song for her wonderful organization, Pathways to Paris, that supports fighting climate change, but that’s all I know.

“So she says, ‘I’ll call you back and let you know when the studio if free.’ She calls me back on Wednesday and says, ‘The studio is free on Friday. Can you make it?’ YEAH! Where’s the studio? She actually said 6th St. and 8th Avenue. Now as far as I know there is no 6th St. and 8th Avenue. But hey, this is Patti Smith we’re talking about and she may know some studio tucked away somewhere. When in Rome right? But I had to make sure I had the right place, so I told her I’m familiar with most studios in New York City. Is this a new studio? She says, ‘Are you kidding me? It’s been there forever.’ So what’s the name of it? ‘Electric Lady.’ So, you mean 6th Avenue and 8th St.? ‘Yeah, yeah.’

“I have never been inside Electric Lady. I’ve tried to get a tour. I hung out there when I was a kid, trying to sneak in. This is Jimi Hendrix’s Electric Lady! There were a couple of times in my career when I had large budgets to work with but it was booked years in advance. And right now I still don’t know what’s going on.

“So I start getting filled in. Jesse is coming in to play. Her brother Jackson is coming in from upstate to play guitar with me. But that’s all I know. She asked for the changes to my arrangement so I called my rhythm section and said, I’m not sure what’s going on, but I need you, so be ready to jet on Friday.

“Friday rolls around and I walk in and it’s everything you could imagine. The staff is welcoming and great. I walk into the studio and there’s cameras everywhere. Now that’s no big surprise nowadays, so whatever. Patti comes in, I meet her and we talk. We rehearse the song once. We run a take. Now Patti is producing, so she’s in the control room. She comes out and says, ‘Can you do one more take? We’re really close.’ So that’s the take that’s in the video.

“What I still didn’t know is that this performance was part of the Pathways to Paris World Environment Day concert. Now it’s one thing to record Patti’s song and make a video of it, but it’s another to play my arrangement in front of her. After the second take she was literally jumping for joy. Patti says to me, ‘Tomás, when Fred [her late, great husband Fred “Sonic” Smith] and I wrote this song, it was the blues. It was so much more the way you do it. But the producer, Jimmy Iovine was so hellbent on creating a “Because the Night” part two, that he arranged it into this rock anthem. For many years I couldn’t perform it, because is wasn’t at all the way Fred and I originally imagined it.'”

As if this story couldn’t be any more fortuitous — a chance meeting between the goddess of New York punk and the originator of Global Soul coming together in one of the world’s most iconic studios to record a re-imagining of her epic anthem.

But wait, as they say, there’s more.

“So I’m in the control room talking with Patti,” Doncker begins, “and Jesse calls her into the studio. I hear their conversation over the speakers. ‘Mom, you need to introduce Tomás.’ I’m thinking introduce Tomás? To who? And I hear Patti say, ‘And our last performer, Tomás Doncker.’ Performer? Then Jesse says, ‘Mom, you need to introduce Michael.’ Now I’m in the control room talking with Jackson so I can only hear their voices over the speakers. ‘Ladies and gentlemen, my dear friend, Michael Stipe.’ I’m thinking WHOA, Michael Stipe is about to walk up in here right now? Jackson tells me, ‘No it’s for the virtual festival.’ I have no idea what he’s talking about.

“The next morning Jesse calls me and says, ‘Hey, I’m going to send you the mix-down. It came out really great.’ OK. ‘Oh, and me and my mom decided to make you the finale of the show.’ Great! But honestly I’m still kind of confused. A few hours later she sends me the first flyer for the event. Here’s all these names; Dave Matthews, Jack Johnson, Ben Harper, Michael Stipe, and me. And it dawns on me. Oh, I just did a gig, and in my mind these guys are all opening up for me!

“I don’t have three million Facebook followers. I’ll never be as famous as Dave Matthews or Jack Johnson. The reason for that is that music does not occupy the same space as it did when they were coming up. That being said, gracious people like the Smiths recognize pure music and are willing to showcase it to the world.”

I can’t imagine such a series of fortunate events landing in my lap, ever. But it does show that real music, pure music, honest music, still exists and will always find itself among the true believers. It will gravitate toward other forms of itself and make itself known. Such is the story of this amazing performance of “People Have the Power.”

Editor’s Note: ABS participated as a streaming partner for World Environment Day. You can watch here.