Check out the title track ft. Elvis Costello 'I Ran Down Every Dream' Coming August 26 via Yep Roc Records 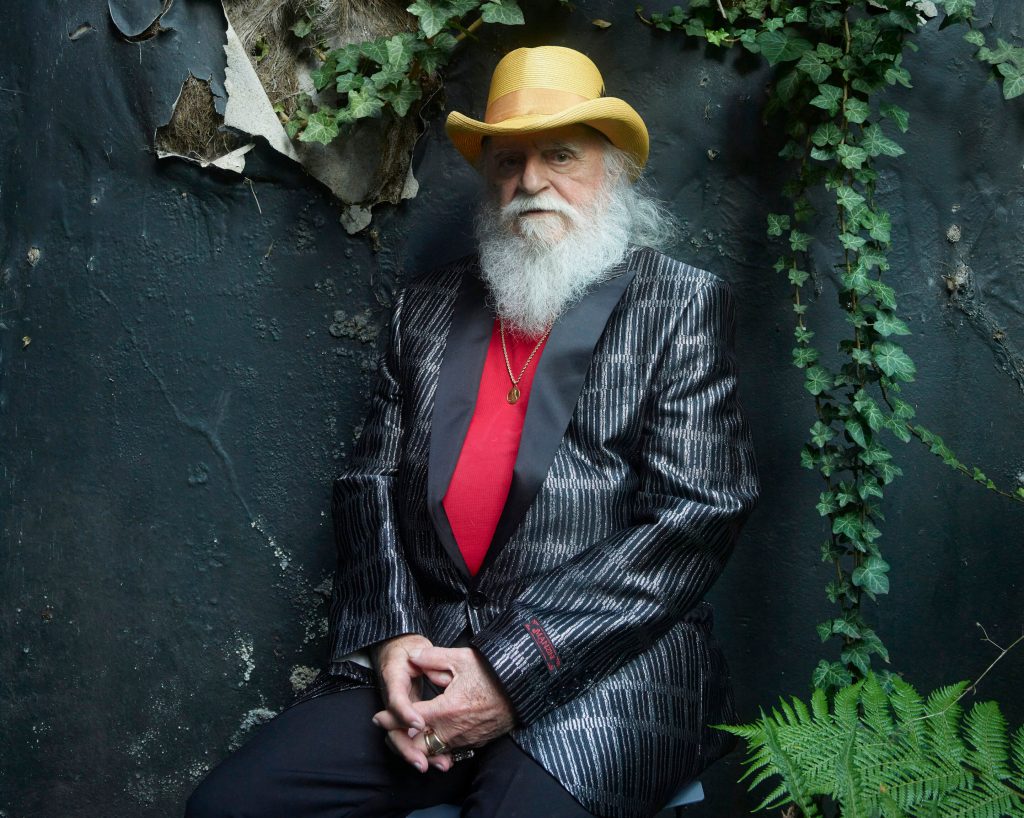 Swamp Pop legend and unsung Louisiana music hero Tommy McLain will release his first album in over 40 years this summer. This announcement comes with today’s release of title track “I Ran Down Every Dream,” a co-write/duet between McLain and superfan Elvis Costello.

I Ran Down Every Dream is the first album from the 82-year-old McLain on the Yep Roc Records label, as well as his first album release since the 1970s. McLain’s return to the spotlight has already begun, as he’ll perform at New Orleans Jazz & Heritage Festival, and more in the coming weeks, followed by a run of dates supporting new labelmates Nick Lowe and Los Straitjackets in June.

In Texas, they’ve got Willie. In Louisiana, it’s always been Tommy McLain; but with Yep Roc, I’m looking forward to finally getting my music and these songs I’ve written out to the world. It’s gonna be good…God’s already told me so. Hell, we might just make Swamp Pop-ular.

Born in Jonesville, Louisiana, on March 15, 1940, McLain was influenced by the sounds of Little Richard, Fats Domino, and Ernest Tubb at a young age. He took those influences and developed his own brand of “swamp pop,” combining rhythm and blues, country and western, gospel, and traditional French Louisiana musical stylings into something truly unique. This signature swamp pop sound spread throughout Louisiana and the nation and inspired artists like Creedence Clearwater Revival, Little Feat, and Tony Joe White, among others.

Tommy started his own musical career while still in high school in Pineville, Louisiana, forming a trio that played area nightclubs. In 1965, he recorded his version of the Don Gibson-penned classic “Sweet Dreams” on a borrowed tape recorder and had 500 45rpm copies pressed up. It would eventually earn him a gold record, and while other artists, including Patsy Cline and Emmylou Harris, had success with the song, Tommy’s recording remains the highest-charting version of “Sweet Dreams” and the only one ever to crack the Billboard Top 20. He would subsequently record other classics such as “Before I Grow Too Old” and “Try To Find Another Man,” which to this day are considered cornerstones of the swamp pop sound.

In the years that followed, as artists like The Beatles and Rolling Stones brought the swamp pop sound into the mainstream (see “Oh Darling,” and “You’ll Lose a Good Thing” respectively), McLain was covered by Joe Strummer, toured with Robert Plant, Sam Cooke, Otis Redding, ZZ Top and more, been inducted into the Louisiana Music Hall of Fame (twice!), earned a gold record for writing “If You Don’t Love Me (Why Don’t You Just Leave Me Alone)” for Freddy Fender, and even appeared – as himself – in a film with Paul Newman (The Drowning Pool). But since 1979, the self-proclaimed “swamp-poppa” has barely performed outside the state of Louisiana and has kept his poignant, reflective and deeply-felt new material to himself.

On August 26, Yep Roc Records will release I Ran Down Every Dream. Produced by his musical protege C.C. Adcock, the album features thirteen tracks, including ten original songs written or co-written by McLain. I Ran Down Every Dream was recorded in Louisiana, Texas, California, and England, with a similarly disparate group of friends and fans, including Elvis Costello and Nick Lowe (both of whom contribute co-writes), plus Jon Cleary, Denny Freeman, Ed Harcourt, Roy Lowe, Augie Meyers, Ivan Neville, Van Dyke Parks, Mickey Raphael, Steve Riley, Speedy Sparks, Warren Storm and more.

Today, some fifty-six years after his Top 20 Billboard smash “Sweet Dreams” introduced McLain to the world, he has released “I Ran Down Every Dream,” the title track from the new album which was co-written with and features Costello.

I hope my fans and future fans will enjoy this new track. It’s a song about my life, and theirs. The music on this first single after so many years brings me back to my old Swamp Pop hits and days, but it also takes me forward, thanks to the genius that is my good buddy Elvis Costello. He brought me a diamond of a chorus that I’ll be damned if ya can’t sing along to. I think we’re ’bout ready to make swamp popular!

With a voice as soulful and expressive as ever, Tommy McLain is ready to show the world what they’ve been missing down in Lafayette.