Black Pistol Fire, along with opener Welles, brought their high-octane show to the Metro in Chicago! 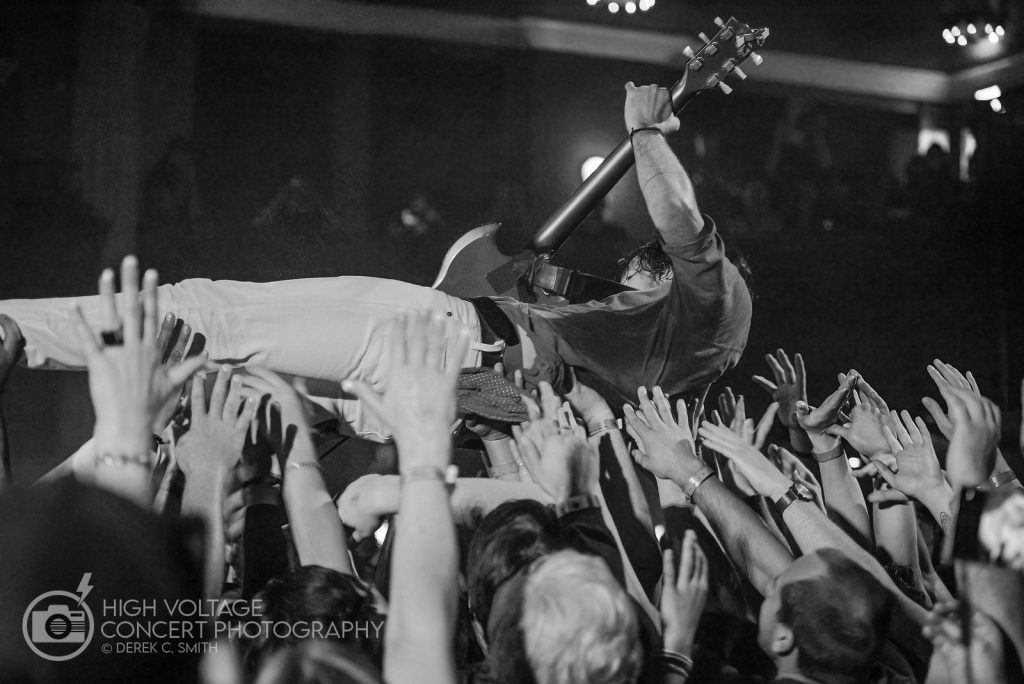 Black Pistol Fire is a blues/rock duo from Austin, via Toronto, consisting of Kevin McKeown (guitar/lead vocals) and Eric Owen (drums). Despite only two members, McKeown and Owen produce an immense sound that is more like a full artillery than a few pistols. It’s an explosive, incendiary and intense sound that seems implausible from a mere two-piece band. Yet, McKeown and Owen have mastered the ability to propel their sound beyond any preconceived limits of what a duo can accomplish. They are certainly not the first blues/rock duo to do so, but they hold their own against the pantheon of groups before them.

If you are a fan of such music, particularly the crunchy blues/rock sound that practically oozes sweat and dirt from every note, then you’ll love Black Pistol Fire.  The band, which has released six studio albums to date, including 2021’s Look Alive, recently brought their high-octane show to the Metro in Chicago. They did not disappoint. Within minutes, Owen dispatched with his shirt as if it was impeding the energy with which he attacked his drums, while McKeown had quickly accelerated to his notoriously frenetic pace on stage – stomping his feet, flailing his guitar and diving into the audience with reckless abandon.  It was a show made for the Metro.

If you have yet to see Black Pistol Fire live in concert, then what are you waiting for? Their North American tour continues through May, with an additional date in July.

Additional information on the tour can be found on their website.  In the meantime, get a feel for the power of their live set with such songs as “Pick Your Poison” and “Level” from 2021’s Look Alive; “Bully” and “Speak of the Devil” from 2017’s Deadbeat Graffiti; “Hard Luck” and “Copperhead Kiss” from 2016’s Don’t Wake the Riot; “Run Rabbit Run” and “Hipster Shakes” from 2014’s Hush or Howl; “Busted and Blue” and “Lay Low” from 2012’s Big Beat ’59; and “Suffocation Blues” and “Where You Been Before” from their 2011 self-titled release.

Wells, who sounds eerily like Kurt Cobain at times, has released one full-length album – 2018’s Red Trees and White Trashes. It’s a gritty, classic, no-frills grunge/rock-revival album that highlights the promise of this young band and musician.