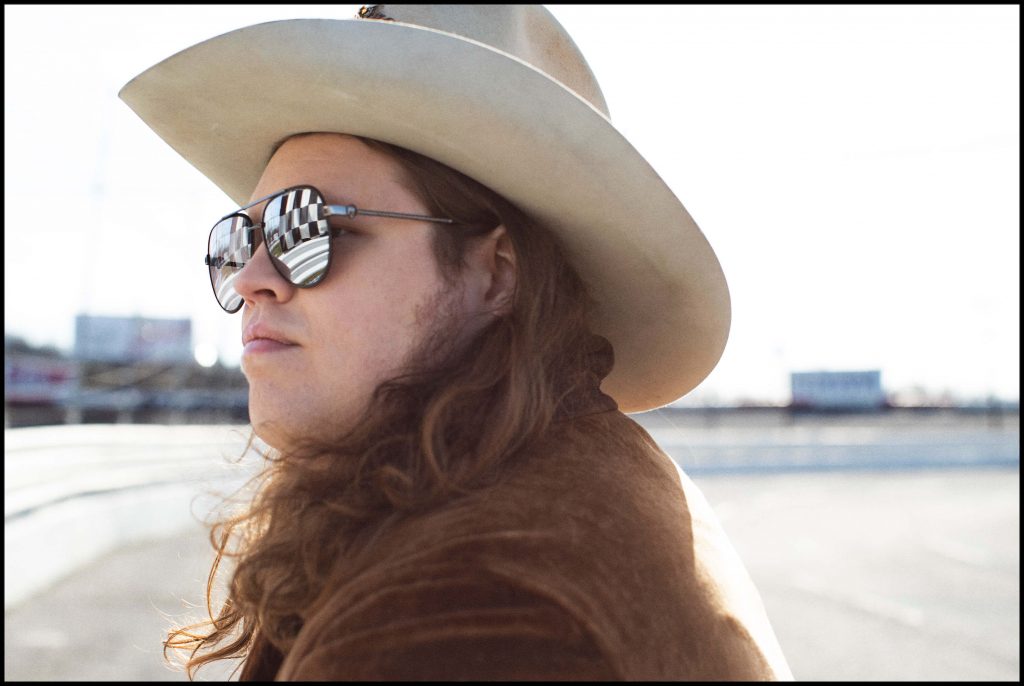 The 26-year-old, GRAMMY® nominated songwriter and performer draws on his most stadium sized rock influences to create this new record. Plugged into his old man’s dusty amp with a ’59 Les Paul in hand, Marcus set out to make a rock ‘n’ roll record in 2022. He didn’t disguise his ambitions at all. He didn’t hold back. He didn’t think about anything but writing from the gut, shooting from the hip, and playing straight from the heart. Joined by Auerbach, he made the kind of rock ‘n’ roll record that makes arenas and asses shake, and it’s called Young Blood.

We tour almost 200 days of the year, and even when I’m home, I’m doing something. Working hard is just the way I was raised. It would make my grandfather proud to know I’m a hard working man and I’ve worked for everything I have. It’s an anthem for the people. You’ve got folks who work all week and spend their hard-earned money just to come see us. They’re the backbone of America. It’s a real blessing.

Young Blood is an album about looking at tough times in your rear view mirror, although King shares that his anthemic tales of excess and salvation draw on some difficult and personal moments.

I was going through a lot during the album with addictions, breakups, and addictions because of breakups. I was overindulging in everything. It’s not a big secret to my friends. I was in a real rough place for a while. I was trying to process the death of family members and I was on the wrong medications.

Despite the challenging personal circumstances, King has made his most accomplished work to date. One of his biggest fans, Dan Auerbach, exclaimed. “Music runs so deep in Marcus’s blood he might not even realize how born to do this he is. He’s the real deal. Marcus has Southern Soul as part of his foundation. If you’re going to play rock ‘n’ roll with Marcus, you have to understand that element. It’s just who he is. These songs are live performances. The whole damn thing is live—the solos and everything. It’s so rare in this day and age.”

King and Auerbach set out to capture the classic power trio sound, which was pioneered in the late 60s and 70s, with a distinct sonic triad of bass, drums, and guitar. The album was recorded at Auerbach’s Easy Eye Sound Studio in Nashville summer 2021, with acclaimed musicians including Chris St. Hilaire on drums and Nick Movshon on bass. Songs were written by King and Auerbach in collaboration with legends from Desmond Child and Angelo Petraglia, noted for their work with bands from Aerosmith to Kings of Leon.

King has been an outlier from the very beginning. A fourth generation musician from Greenville, SC, who learned guitar at age 3 from his blues rock musician father Marvin King. He navigated troublesome school years to quickly become known as one of the most promising young artists of our time. He followed his breakout success with The Marcus King Band, with his Auerbach produced 2020 solo album debut, El Dorado. It garnered a GRAMMY® Award nomination in the category of “Best Americana Album” and critical praise from NPR to Rolling Stone. With unparalleled performance prowess and a dynamic live show, King has sold out historic venues from The Beacon to The Filmore. He has opened for Chris Stapleton, Greta Van Fleet, and Nathaniel Rateliff and graced the bills of Stagecoach, Fuji Rock, Rock Werchter and more. He also recently launched his own signature Orange guitar amplifier, the MK Ultra, which sold out before it even hit the stores.

King will continue to tear up the rulebook with the release Young Blood, redefining the route to modern rock stardom with a timeless sound and a singular voice, equal parts grease and grit, set to soon establish him as one of the most soulful vocalists of his generation.