With "Boundless Love" for John Prine, who died on this day two years ago. 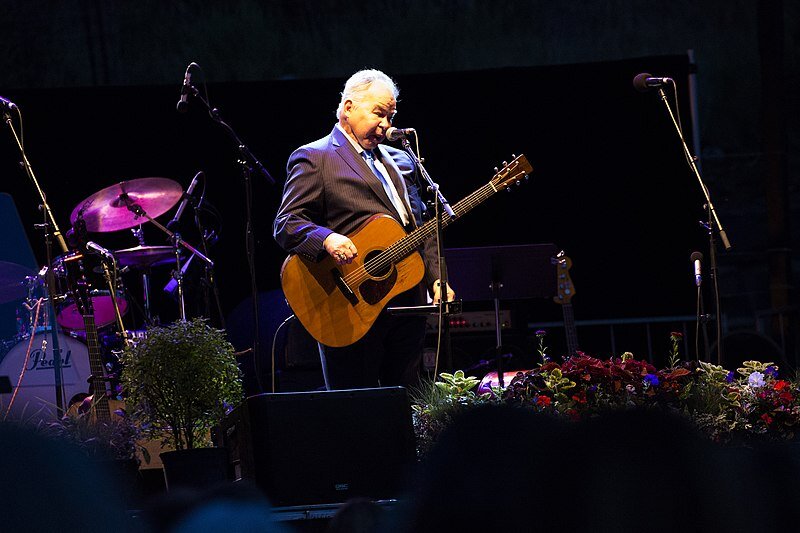 The loss of John Prine was especially hard-hitting to me. I loved his music, and all that it stood for. His songs struck to the heart of every person. He made sure of it. To my ears Prine was the voice of a generation. A combination of Bob Dylan and George Carlin – he called ’em like he saw ’em. “Hello in There” had me looking at, and communicating with, my grandmother in a more adult, personal way.

“Sam Stone” helped me examine family and friends who were war vets in a different light. Their faces, which we see around the dinner table, or on the line at work, can hide a dark, scary reality. Battles that they now fight alone happen nightly. The cost of losing may be their sanity, their families, their lives.

At the time, “Illegal Smile” taught me that no matter how bad things got, there was always a relatively cheap, temporary reprieve.

Bowl of oatmeal tried to stare me down… and won
And it was twelve o’clock before I realized
That I was havin’ no fun
But fortunately I have the key to escape reality
And you may see me tonight with an illegal smile
It don’t cost very much, but it lasts a long while

When somebody far beyond their early 20s needed a bit of help to fully understand the opioid crisis, there was John with “Summer’s End.”

In my military days it dawned on me that “Please Don’t Bury Me” had the perfect rhythm for a running cadence. The tongue-in-cheek lyrics would also keep a smile on my face during those daily runs under a stifling, Florida sun.

Give my stomach to Milwaukee
If they run out of beer
Put my socks in a cedar box
Just to get ’em out of here
Venus De Milo can have my arms
Look out! I’ve got your nose
Sell my heart to the junkman
And give my love to Rose

As much as I love and respect the man, I never had the opportunity to meet him. I picture myself sitting at his feet, eyes wide and ears peeled for any scrap of suburban, Midwest philosophy that may drop from his humble table. People who did know him, describe him as kind, gentle, brilliantly funny and loving. Those of us who only knew him through his songs describe him as influential; a true documentarian of the human experience.

Public Relations guru Cary Baker, founder of Conqueroo, is far more succinct than I, but also had opportunities to see Prine live. I feel he hits the nail on the head:

“As I fight the tears upon learning of his passing, it’s with no small degree of regional pride that I boast that John Prine hailed from my hometown of Chicago.

“He was from Maywood, a west suburb, and worked as a postal carrier while garnering a regional following that resulted in his Atlantic recording contract. Our free-form FM stations of the early ’70s by and large played his music; Chicagoans were not unappreciative of their two world-class folk heroes (Steve Goodman being the other, and one might add Bonnie Koloc, Bob Gibson and Jim Post as runners-up).

“We had the chance to see him play Chicago’s legendary folk clubs — the Earl of Old Town, Quiet Knight, Amazingrace, Somebody Else’s Troubles and more — even after he’d graduated to global tours of theaters. This audio clip, from the city’s 5th Peg venue, hearkens to that era. Hell, back then, illegal smiles were actually illegal.

“Prine left Chicago for Nashville at some point; there he launched Oh Boy Records, blueprinting what was to become a made-to-order second act to his career. He helped make Nashville safe for authentic, not-necessarily-commercial songwriters. When Americana became a thing, Prine was immediately anointed a living legend — an inspiration to many who drive the road he paved.

“I was thrilled to see him a final time this past September at AmericanaFest, dueting ‘Angel from Montgomery’ with Bonnie Raitt.

“Many of us have known for the past week or two that this announcement was imminent, but it makes the loss no less tragic. John: You made us laugh with your songs. You made us cry with your songs. We’re crying now. But we extend our heartfelt gratitude for making our lives at least a little better.