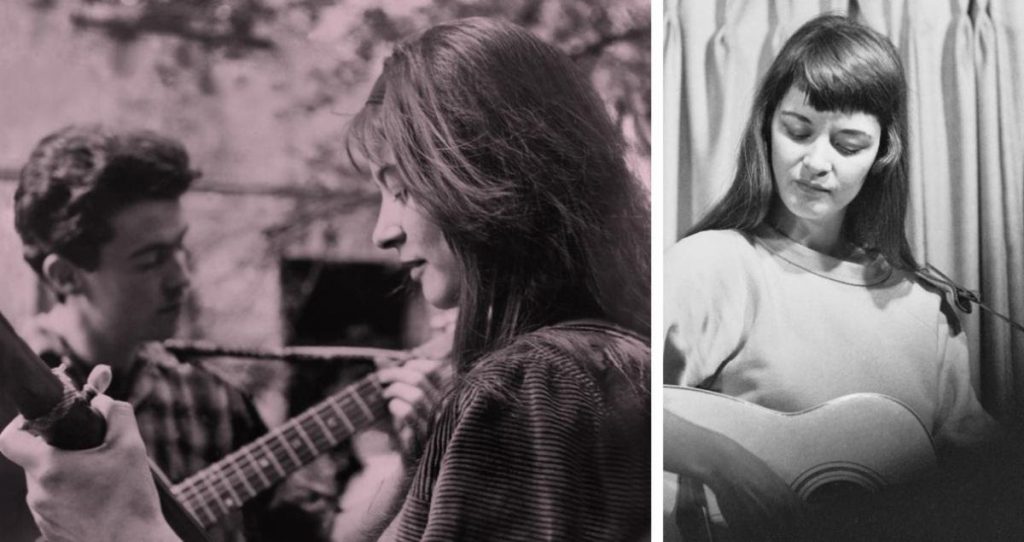 Available April 23rd on vinyl as a Record Store Day exclusive, followed by a wide release in CD and digital formats on May 6th, Shuckin’ Sugar is a riveting 12-track live set recorded in 1963-1964, featuring the earliest known duets of Dalton (with then-husband, guitarist, and songwriter Richard Tucker) and seven never-before-heard solo performances. The collection is accompanied by an 8-page (LP)/24-page (CD) booklet featuring a treasure trove of newly discovered unseen and rare photos, as well as newspaper clippings, artwork by Dalton, and a heartfelt 6,000-word essay by veteran UK journalist and author Kris Needs.

Limited to 3,500 copies worldwide, the RSD release was pressed at Third Man Records on transparent, natural vinyl which comes housed in an old style, tip-on jacket. Click here to find your nearest participating record store. The CD and digital editions will be available to pre-order on April 25th at Delmore Recordings on Bandcamp and at most digital retailers.

Since falling completely under the spell of Karen Dalton in the 1990s, Delmore has been on a mission to unearth previously unheard Dalton recordings, including acting as North American liaison for Cotton Eyed Joe and Green Rocky Road, and in 2012, releasing the intimate cabin recordings Karen Dalton – 1966. Now, Delmore is incredibly proud to present a never-before-heard performance by Dalton, offering an unprecedented glimpse of a cult legend in the making. Label founder and release producer Mark Linn shares, “To describe the record would take a poet, but all I can say is that unveiling a missing chapter in the Karen Dalton story─with six songs we’ve never heard her sing before─is cause for celebration in Delmore’s world.”

In his essay, Needs writes, “Shuckin’ Sugar is of major significance for several reasons. Most obviously because it adds to a catalogue with even less official releases than her close friend and biggest champion, Fred Neil (if larger on the excavated tape front). It also illuminates a missing piece of Karen’s story, capturing rarely documented duets with partner Richard Tucker at full throttle, along with several superlative solo flights…From her opening jaw-dropping lift-off with early blues standard ‘Trouble In Mind,’ the unique otherworld Karen conjured springs into vivid life. Playing to audiences inevitably bound to the era’s formalities and traditions, Karen instinctively pushed the envelope, straying into uncharted territory beyond the established borders. She must have bewildered many who came to see her in those winsome Peter, Paul and Mary times.”

Shuckin’ Sugar comes on the heels of the internationally acclaimed documentary film Karen Dalton: In My Own Time (released last fall on Greenwich Entertainment) and the 50th anniversary celebration from Light in the Attic (featuring a highly-praised, expanded release of Dalton’s second and final album In My Own Time, along with a separate 7”/digital single featuring award-winning singer/songwriter Angel Olsen covering Dalton’s iconic “Something on Your Mind”). Directed by Robert Yapkowitz and Richard Peete, and executive produced by Delmore, Wim Wenders, and Light in the Attic, Karen Dalton: In My Own Time chronicles the life, music, and legacy of Dalton and features interviews with family, friends, collaborators, and a variety of artists (including Peter Walker, Nick Cave, Lacy J. Dalton, and Vanessa Carlton). Angel Olsen lends her voice to the film as the principle narrator, reading aloud from Dalton’s personal journal.

Karen Dalton was a remote, mercurial creature, a hybrid of tough and tender with an otherworldly voice that seemed to embody a time long past. As is often the case with such fragile beings, she instinctively understood that if she wanted to survive the harshness of the world around her, she would have to keep herself hidden. It comes as no great surprise that she rarely sang in public or ventured into the unnatural setting of a recording studio. Only twice was she coaxed into formal studio settings, for 1969’s It’s So Hard To Tell Who’s Going To Love You The Best and then again for 1971’s In My Own Time. The rest of the time she made undocumented music at home, during late nights, sitting around with friends, singing songs until the sun came up.

Looking back to 1962, Dalton summoned her then-husband Richard Tucker to join her in Colorado, extolling the healthier lifestyle and plentiful gigs at Boulder folk club The Attic. Upon Tucker’s arrival, the pair solidified their personal and professional relationship, riding horses in the mountains and performing as a duo at parties and venues throughout Denver and Boulder. Stories of the spell they conjured, and rumors of tapes, have circulated among friends and musicians who witnessed them, but until now, no recorded evidence had turned up.

Shuckin’ Sugar is the glorious result of three reel-to-reel tapes that miraculously found their way to Delmore in November 2018, featuring two complete shows from The Attic in January 1963 and a benefit concert for The Congress of Racial Equality (CORE) recorded the following February (1964). In addition to the duets, Dalton and Tucker’s gigs would often include brief solo sets by each. All seven solo songs of Dalton’s found on the three reels are included on Shuckin’ Sugar, as well as five duets, sequenced as close to how it all went down as humanly possible.

If You’re A Viper*

When First Unto This Country*

Everytime I Think Of Freedom

When I Get Home*