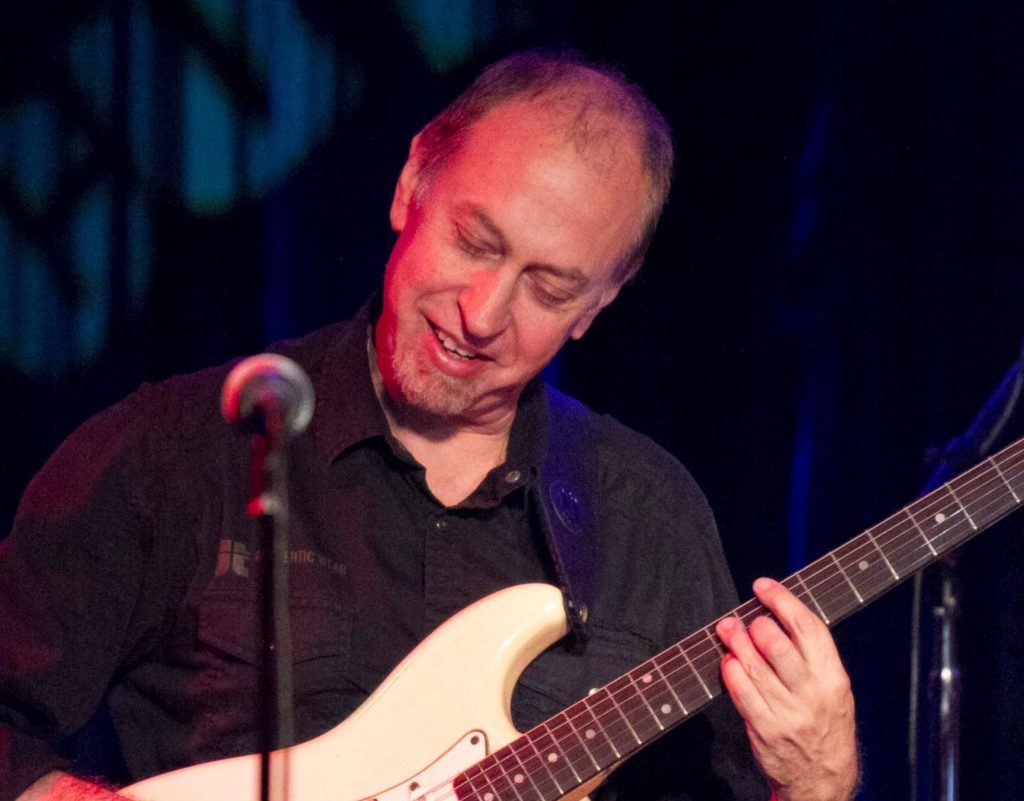 We all live the blues, but some of us live for playing the blues. That would be Stew Cutler, a well-seasoned guitarist and composer who has spent the better part of four decades channeling the blues through his magical fingers. In fact, Cutler’s talent is so engulfing that he easily incorporates jazz, gospel, and R&B in his repertoire.

But the blues, well, the blues always take center stage. Cutler’s upcoming seventh studio album, cleverly titled The Blues From Another Angle, proves his immense dexterity for the revered musical genre. Throughout 11 tracks, Cutler and a cast of talented singers and players weaves an intoxicating aura that immerses the listener from the first note.

The Blues From Another Angle, to be released April 22, was recorded at Hobo Sound in Hoboken, New Jersey during the early part of 2020. Produced by Stewart Lerman and engineered by Lerman and James Frazee, The Blues From Another Angle showcases a room full of top-notch musicians including drummer Bill McClellan, keyboardist Tom Wilson, bassist Booker King, saxophonist Steve Elson, and vocalists Bobby Harden and Mary Jean Cutler, Stew’s wife. Also showcasing their prowess on the album are guest artists Mike Stern blazing through a guitar solo on “Blews” and James Montgomery making the harmonic sing on “Say What You Mean.”

Among the many highlights on The Blues From Another Angle, most of which were written or co-written by Cutler, are: the scorching “Night Shift Blues,” which also features Cutler on lead vocals; a fiery cover of Tyrone Davis’ mega-hit “Can I Change My Mind” featuring Bobby Harden on the microphone; the deliciously rhythmic “Get It While You Can” featuring Mary Jean Cutler on lead vocals; a soulful instrumental, “The Passing of RR Moore,” that pays tribute to the late comedian-actor-singer Rudy Ray Moore; and the jazzy album-closer “Shine or Rain.”

Then there is this gem, “Can’t Say it Again.”

It is a bit of a nod to Peter Green, maybe the best of the English Blues guys. Although it has some ‘Jazzy’ changes, I still tried to approach it like a blues player–to not go to crazy harmonically or chops-wise over those changes. Tom (Wilson–keyboard player) has a great solo on the coda/B section. I know it doesn’t sound much like (Peter Green’s) ‘Albatross,’ but that was the inspiration.

Yet a Stew Cutler album is so much more than a collection of songs. This man has soaked up so many musical experiences that it’s head-spinning. Cutler has shared stages and recording studios with luminaries Z.Z. Hill (Cutler was only 19 at the time), Percy Sledge, Wilson Pickett, Fontella Bass, Earl King, Jimmy Castor, David Sanborn, Bill Frisell, Meat Loaf, Jimmie Dale Gilmore, Sweet Georgia Brown, and many more.

Through it all, Cutler has honored the blues. “The blues is a beautiful form and there are so many flavors,” he says. “It’s what makes American music sound American.”

Movies and television are also innately American, and Cutler has done both. He’s on the soundtrack to Martin Scorsese’s 2019 film, The Irishman, performing “How High the Moon.” That same year Cutler began his association with the Emmy Award-winning Amazon TV series, The Marvelous Mrs. Maisel. Cutler is on the Maisel soundtrack for seasons 2 and 3, plus he’s on camera during an upcoming episode for season 4.

Cutler is part of the house band during a burlesque club scene. But in typical Hollywood fashion, his on-camera experience was not as eye-opening as you might think. “Unfortunately,” he says, “where I was sitting, I could never actually see any of the routines!”

Hey, it’s all good. Cutler brings the blues to the world one guitar lick at a time. The rest of us are here to soak it all in.