Samantha, Tab, and Devon rocked the Fillmore in NOLA! 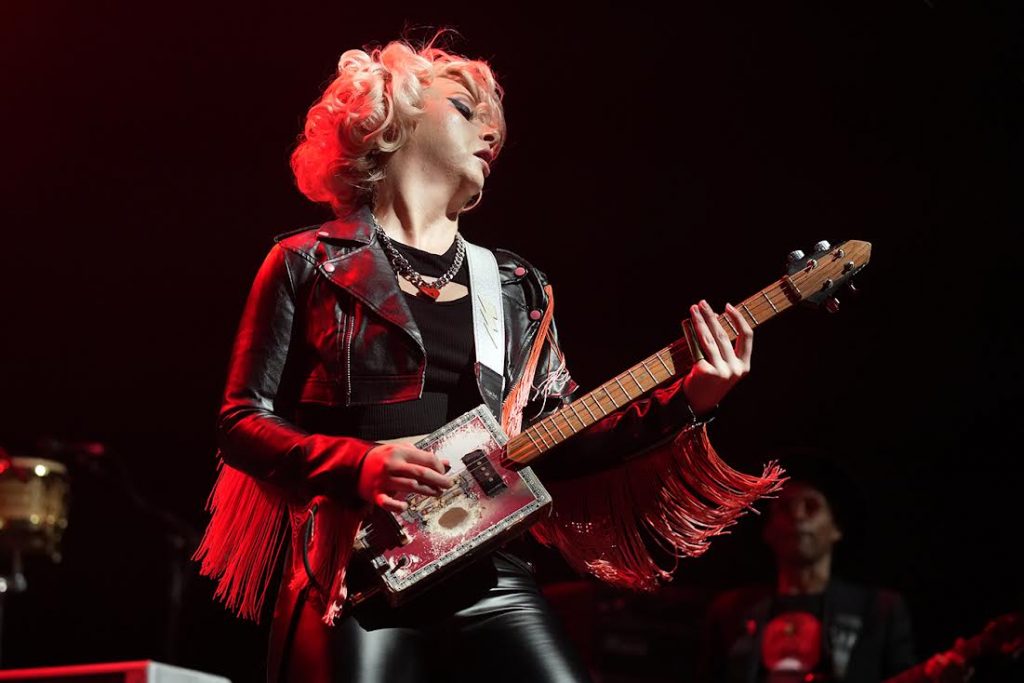 This could have been the best bang for your buck and the hottest ticket of the weekend: Samantha Fish, Tab Benoit, and Devon Allman. How can you go wrong with this lineup?

Samantha Fish started things off, and she did not let them down. Fish came out with her cigar box guitar performing “Bulletproof,” which really set the tone for this incredible night of music. Fish jammed the cigar box for that one song in which her fans wanted to see more, yelling for her to keep playing it. Fish, a local favorite, revved up this guitar-watching crowd. From the VIP section to the general admission seats, every eye was on her smooth guitar work. Samantha continued with her hits like “All Ice and No Whiskey” and “Hello Stranger,” finishing her set with “Don’t Let it Bring You Down.”

Tab Benoit, another local favorite. His trio that includes Corey Duplechin on bass and Terence Higgins on drums kept the party going with a high energy jam that blew the roof off The Fillmore. I would have to say, Tab stole the show that night, performing old originals like “Nice and Warm” and bringing the heat with an incredible version of “Medicine.” The latter had all three musicians leaving everything they had out on that stage, the longest I have ever seen Tab perform this song. Donny from Dulac, LA said “Tab is the Pride of Louisiana” – just another reason to check him out if you get a chance.

Devon Allman ended the night with an all-star band, or what he calls the Project! Leading off with an African intro was a cool start before rolling into “Wash” and warming up his fans. Allman really started rocking when he played “I’ll Be Around,” then bringing the volume way down before erupting into a guitar solo that had everyone singing along. Devon gave everyone in the band a chance to show off their talents, highlighted by an incredible guitar solo by Jackson Stokes, who just blew it out of the water on Allman Brothers tune “Dreams.”

Stokes’ solo was worth the price of admission right there, and even brought a smile to Fred Tackett’s (Little Feat) face, who was waiting in the wings and later joining the boys on stage. The DAP kept the music going with “Southern Rain” and “Down to the River” before taking a little break for the encore. “Midnight Rider,” the Allman Brothers classic closed things out with Fred Tackett capping off a great night shared by all. This was a makeup show that was originally scheduled last year.