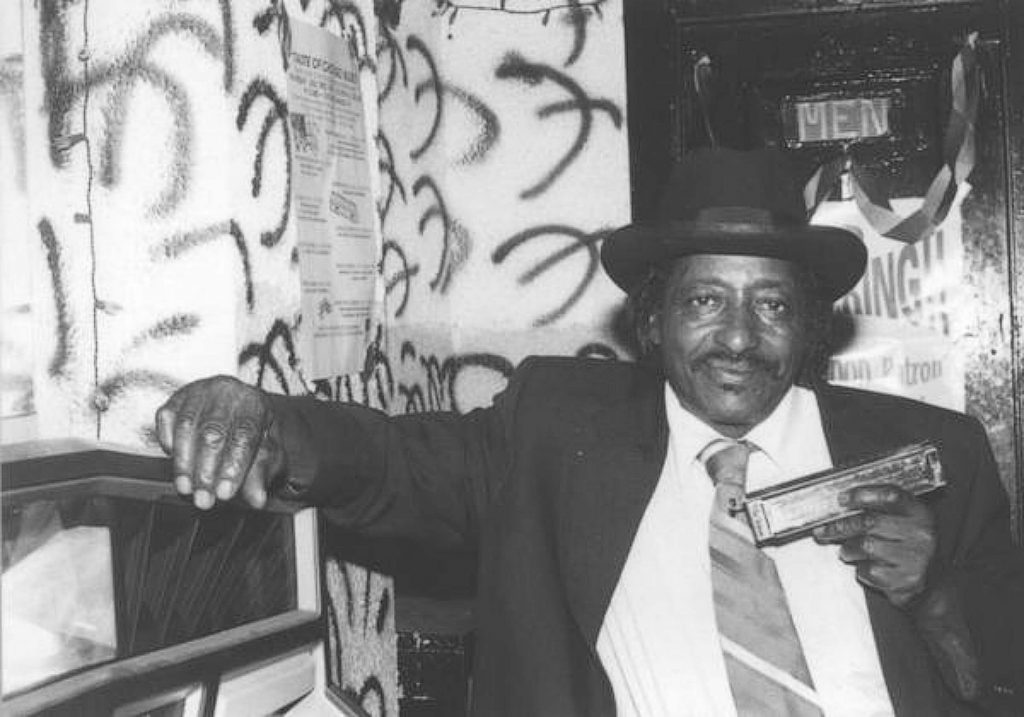 Welcome to Windy City Wednesday. This newest offering from American Blues Scene will share classic and sometimes forgotten blues albums from some of the most iconic Chicago blues men and women ever to grace wax. This edition focuses on the album Singin’ With the Sun by Little Arthur Duncan.

Little Arthur Duncan was a powerful blues singer who pounded away at you with his voice, reminiscent of the heavy, unpolished blues singers. Arthur had been surrounded by the classic postwar sounds almost all of his life, whether it was Magic Sam, Jimmy Reed, Eddie Taylor or Floyd Jones. He was part of the second generation of Chicago bluesmen, just behind Muddy, Wolf, Sonny Boy #2 and Elmore James. Singin’ With The Sun showcases Little Arthur’s talents as dynamic performer, distinctive songwriter and singer of unique urgency.

Prior to this CD, the only recording Arthur had done was an excellent cassette, Bad Reputation (Blues King BK-1002) from which four songs were reissued on the ’97 anthology Blues Across America – The Chicago Scene (Cannonball 29204). A few articles have been written about him in some blues magazines, and a few lucky souls saw him perform on a West Side blues bus tour or a couple of blues festivals in California and South Carolina. This is a fairly low profile for a performer of his ability.

Born in Indianola, Mississippi, his first instrument was the drums. He moved to Chicago when he was sixteen, met Little Walter and promptly took up harmonica. He worked construction and began to play music, mostly with his own band but also with John Brim, Floyd Jones and Hip Linkchain. He owned and operated a bar on the West Side for quite a while, called Artesia’s on Lake St., which was later renamed the Backscratcher’s Social Club and moved to the 4900 block of W. Madison (only three or four doors east from labelmate Jimmy Burns’ barbecue joint called Uncle Mickey’s Barbeque). He also raised a family and had several business ventures that prevented music from being much more than a weekend thing.

However, his modest gigs produced great music with excellent blues players such as the late brilliant guitarists Eddie Taylor and Willie James Lyons (who recorded with Willie Kent and Big Moose Walker), James Scott (who recorded for Sun in the ’50s), guitarist Dave Clark, Mojo Mark, the sadly under-recorded Prez Kenneth on bass, and Mott Dutko, Twist Turner or Marvin Jackson on drums. Arthur was always a congenial entertainer who let all his inhibitions fall away as he sang tirelessly at the top of his lungs. His harp playing was never spectacular or dazzling, like Little or Big Walter, but was closer to the simple, earthy styles of Jimmy Reed and Howlin’ Wolf. However, his third position playing and chromatic playing was so simple, direct, and gutsy that the effect was devastating.

Some of the most fun I had on the West Side was just hanging out at Arthur’s club with Martin Lang and Sho Komiya, listening to his stories of a drunken Jimmy Reed, or of a twelve hour gig he played for a biker party on the South Side. He’d been called in for relief by Eddie Taylor, who’d played the previous twelve hours. He regaled us with blues tales of the ’50s because he was stuck at the bar (he worked there every night and lived in a back room). He liked the company and he made sure we got good and drunk, anything less would have be inhospitable.

The band on Singin’ With the Sun performed fabulously; Kenny Smith had been dazzling everyone for the last few years and is on several Delmark CDs by Jimmy Burns, The Rockin’ Johnny Band and Lurrie Bell. Check out the driving brushes on “Leavin’ Mississippi”. Billy Flynn has inspired me ever since I first heard him with Pinetop Perkins and Willie “Big Eyes” Smith, Kenny’s father and longtime Muddy Waters drummer. I’m especially fond of the driving rhythms of “Left Out On The Road” and “Tribute To Jimmy Reed”, plus his solo in “Blues After Hours”. Sho and Martin formed the core of the Rockin’ Johnny Band and both developed into tremendous session players. Martin mastered the Jimmy Reed style and he trades dexterity for a blunt, raw attack in “Wreckin’ Lives” and gets a truly explosive tone. As Arthur said, “The boy got a lot of wind.” Eddie Taylor Jr. was kind enough to guest and displays a great touch on “Tribute To Jimmy Reed”. His playing is already tough but sweet and very personal. What a pleasure it was to work with such an excellent band.

His final recording was Live at Rosa’s Blues Lounge, a live album recorded in Chicago in August 2007. One music journalist noted that “spirited, gritty performances of Reed’s ‘Pretty Thing,’ Wolf’s ‘No Place to Go,’ and two Dixon favorites (‘Young Fashioned Ways’ and ‘Little Red Rooster’) leave no doubt that Duncan lives and breathes electric Chicago blues.” However, a subsequent lengthy illness and hospitalization prevented Duncan from building on this success.

Duncan died in Northlake, Illinois, in August 2008, of complications following brain surgery, at the age of 74.

Purchase Singin’ With the Sun from Delmark Records