Don McLean has referred to the song as “an indescribable photograph of America that I tried to capture in words and music.” He is currently on a 50th Anniversary American World Pie World Tour that has him booked into 67 venues, and he’s also just released a children’s book called ‘American Pie: A Fable.’ 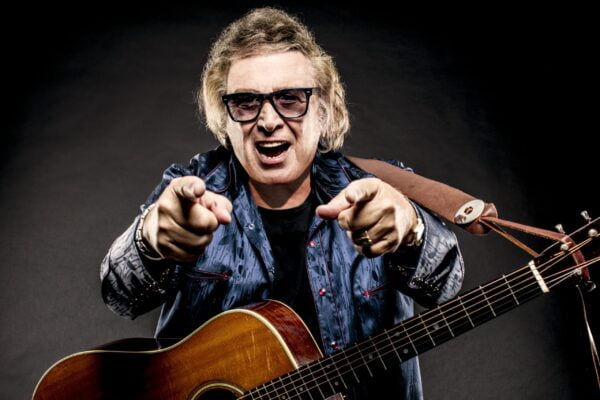 “You’re living with them, and you’re singing and sharing songs, and all of a sudden there’s nobody’s there. There’s just me sitting there. And I’m like, what the hell.”

Sixty-three years after what Don McLean calls “the day the music died,” Dion DiMucci still struggles with emotions surrounding the tragic plane crash that killed his friends Buddy Holly, The Big Bopper and Richie Valens in an Iowa corn field in the middle of their Mid-Winter Dance Party tour on a cold February morning.

The event has been immortalized in Don McLean’s “American Pie,” the longest song ever to top the Billboard Hot 100 at eight minutes and 36 seconds.

In the song McLean also decries the rise of the new youth culture with oblique references to John Lennon who “read a book of Marx,” The Byrds who are “eight miles high and falling fast,” The Beatles who “played a marching tune,” and the Rolling Stones’ “Jumping Jack Flash” who “sat on a candlestick ’cause fire is the devil’s only friend.”

But it’s the Iowa plane crash that sets the stage in the first verse of McLean’s most famous song.

February made me shiver

With every paper I’d deliver

Bad news on the doorstep

I couldn’t take one more step

I can’t remember if I cried

When I read about his widowed bride

But something touched me deep inside

The day the music died

McLean is currently on a 50th Anniversary American Pie World Tour that has him booked into 67 venues from the Blanche M. Touhill Performing Arts Center St. Louis, Missouri on May 19th to Posthof Zeitkultur Am Hafen Linz in Austria on November 13th. He recently was presented with a plaque for multi-platinum certifications for “American Pie” and a platinum certification for “Vincent.” He’s also just released a children’s book, American Pie: A Fable.

In preparing his “American Pie” manuscript for auction in 2015, McLean referred to the song as “an indescribable photograph of America that I tried to capture in words and music.”  One of his four handwritten manuscripts of the lyrics was auctioned by Christies for just over $1.2 Million. It resides in the Library of Congress National Recording Registry and was named by the Recording Industry of America (RIAA) a top 5 song of the 20th Century. But in many ways, it has cast a shadow over McLean’s career as dark as the events of February 3rd, 1959.

At first the song was a double-edged sword. “In order to get to this place, I just didn’t sit here and let this happen,” McLean told me in 2012. “This was an enormous struggle, an enormous struggle against so much negativity, and it’s a very personal kind of negativity. It’s ‘You stink!’ Okay? It’s not like, ‘We don’t like your songs,’ or ‘We think you’re wonderful but…’ No. (it was) ‘You’re not very good.’ And that’s a hard thing to overcome.

“It’s just been a very difficult struggle. This is a very hard business. You’re dealing with people who only understand money and power and a brick to the face. That’s the promoters, and that’s the club owners and people like that. They’re not nice people.

‘“American Pie’ was a double-edged sword because people who took me seriously as a composer and a singer and everybody suddenly saw this song as being too commercial, and so I had to overcome, again, another thing that I never dreamed or thought about….I didn’t have any money. So, all of a sudden, I was a millionaire, and I thought to myself, ‘Gee, this is pretty nice. I like this. I don’t care what I have to do to keep my career going.’

“I would have done anything before. I sang on the back of trucks and outside. I don’t care what critics say. I just keep rockin’, just keep movin’, keep doing the things that I want to do. And over the years all these songs began to emerge because of all sorts of different things that happened that wouldn’t have happened if I’d laid down and said, ‘This is too much. I think I’ll get a straight job somewhere. Forget this business. I can retire anyway, right?’”

Pundits have said “American Pie” as a whole chronicles the evolution of pop music from pop confections for teenagers to a substitute religion for the masses. The day the music died happened the day after my 15th birthday and was a wakeup call that my idols were not immortal. The first verse reveals that I was not alone in those thoughts. And by not getting on that fateful flight, Dion took on a feeling of guilt that precipitated a bout with drug addiction and a burden that’s still with him today.

“I’ve heard this a few times in my life,” Dion told me late last year, “but it never resonated ’til recently, but my priest told me back then, ‘Dion,’ he said, ‘In our life relationships don’t end. They never end. Dwell in the house of the Lord forever and ever. He said, ‘In fact, they move forward. They don’t stay stagnant.

‘“So, you pray for Buddy and Richie and The Bopper. Keep them in your prayers because they are growing. They are closer to the beatific vision. They are growing in grace and in wisdom. You know, none of us is ever going to be God. Even when we’re there, we’re not God.’ But he said, ‘On that day, you see them again, you will have moved forward. It’s not going to be the same. Always keep them in your prayers.’”