A throwdown that made New Orleans proud! 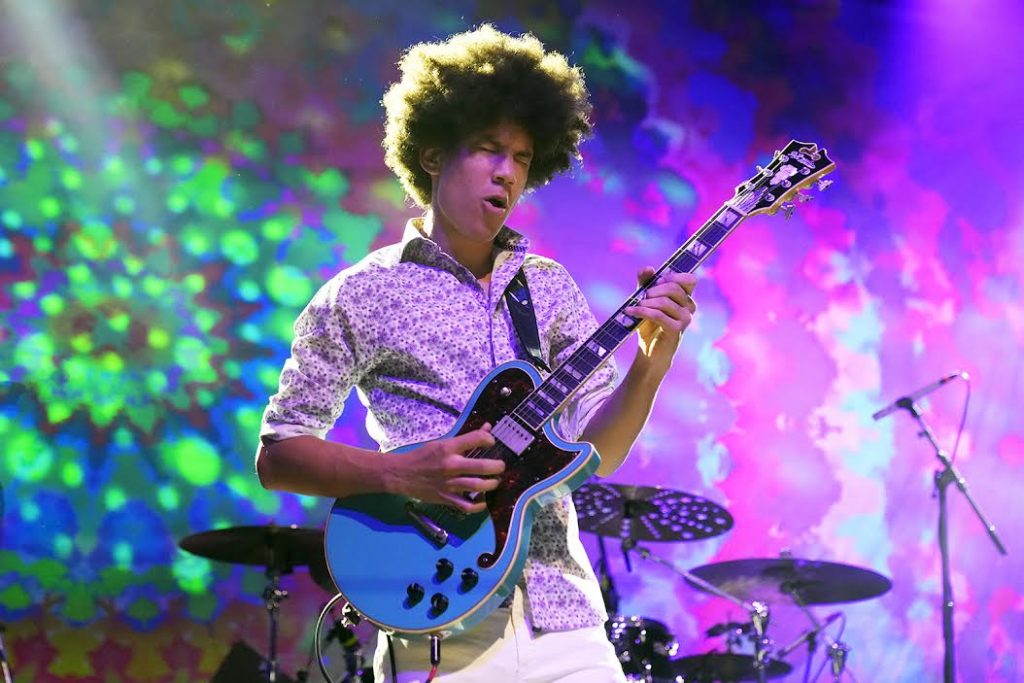 Brandon “Taz” Niederauer brought his band Trouble No More to The Filmore New Orleans with a set honoring The Allman Brothers. I would say he is aging like a fine wine, but he’s not even old enough to drink. Taz, turning 19 years old recently, has really matured and his leadership on stage shows it.

The band includes Taz, his brother Dylan Niederauer on bass, Daniel Donato on guitar, two drummers, Nikki Glaspie and Jack Ryan, Pete Levin on keys and Roosevelt Collier on the lap guitar. This all-star band gets after it.

Taz and Donato took turns with solos that fed the fire with Collier filling in the gaps and bringing a rowdy crowd to ovations after ovations. The crowd sang along all night to the ABB tunes that included “Ain’t Wastin Time,” “Dreams,” and “Blue Sky.” The band even played an ass-kickin’ version of “Melissa” that had everyone singing.

The show ended with “Midnight Rider” in which everyone took turns jamming. The hard drumming of Glaspie was a sight to see, but the last tune was a throwdown that made New Orleans proud.

TNM were more than a great warm-up for the heavy-hitting funk band Dumpstaphunk; they are a band worth seeing alone. Taz is bringing his band on tour, so check out this tribute to the ABB honoring and appreciating this legendary band.

Don’t Want You No More