'Nightwalk,' relesaed May 27 is Weld's 3rd album on Delmark 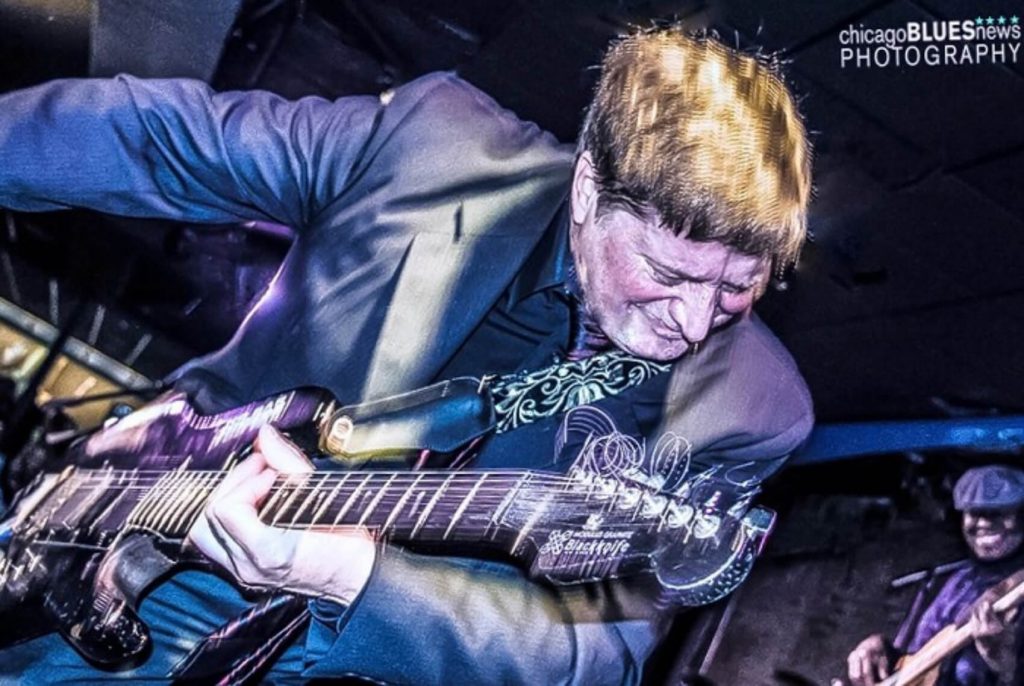 Chicago blues is Dave Weld’s lifeblood. From his beginnings mentored by JB Hutto to his decades with Lil Ed Williams and his Blues Imperials, he has taken the blues around the world.

Weld and his Imperial Flames have a brand-new album titled Nightwalk, their third for Chicago’s Delmark Records. Nightwalk deepens the forward-thinking sound and energy of their contemporary blues albums past, weaving an original tapestry of old and new traditions. Highlights include “Mary Who,” an authentic musical tour de force and vivid portrait of urban life and his tribute to JB Hutto, “Don’t Ever Change Your Ways.”

Weld told Blues Blast Magazine that, “It’s about how he schooled me, and prepared me, for the good parts of this industry as well as the bitterness. His advice was don’t let anybody tell you you can’t make it, not your job, your girlfriend, your mother or father, your friends, nobody! That has stuck with me. The song is about him leaving Georgia and coming to Chicago to be a bluesman, and meeting him when I was a young man. That is when he told me to never change my ways.”

The Imperial Flames are a big, horn-driven band and Weld shares vocal duties with his partner Monica Myhre and his drummer Jeff Taylor. Longtime friend Billy Branch contributes harp on the Hutto original, “Now She’s Gone” as well. Weld brought Tom Hambridge in to produce. Hambridge is Buddy Guy’s longtime drummer and producer and has won two Grammy Awards along with multiple nominations for his work with Guy, Susan Tedeschi, James Cotton, and Kenny Neal.

A native of Lake Forest, Weld studied history and journalism at New Mexico State University before returning home for the blues life. He initially earned his keep playing with ex-Hound Dog Taylor sidemen Brewer Phillips and Ted Harvey at Sweet Peas, then joining up with several former bandmates of Howlin’ Wolf in the house band at the 1815 Club. Weld’s affinity for the blues was apparent to those wary, seasoned veterans. An early supporter was Hutto, a highly regarded slide guitarist.

Weld’s comfort with urban blues was further illustrated when he took on rhythm guitar duties in the fast company of his slide guitar-playing friend Lil Ed Williams in the raw-and-rowdy band they called The Blues Imperials. The acclaimed 1986 album ROUGHHOUSIN‘ captured their incandescent spirit. Weld was with The Blues Imperials for about ten years before branching off in the late-1980s to lead his own outfit. To date, The Imperial Flames have performed in 26 states, 11 countries, and at about three dozen festivals, among them the Montreal Jazz Festival and, naturally, the Chicago Blues Festival.